So here it is a Commodore C64 Laptop.

This is my prototype, But I will be making a short run of these, with various improvements. If your interested in one, send me a message via the contact page. Well, a prototype doesn't take long to "knock up", but a production quality version will always take longer.

Anywho, things are moving on.. Below you'll see a near finished version of the "BOTTOM" PCB (teehee)

The PCB itself includes a 1530 mouse emulator, 5v and 3v regulators, amplifier, charge circuit, soft power up and status LEDS.

The good news is, this board now in production, the bad news is one more simple PCB to go!.. But it's a simple PCB.. Not long now! 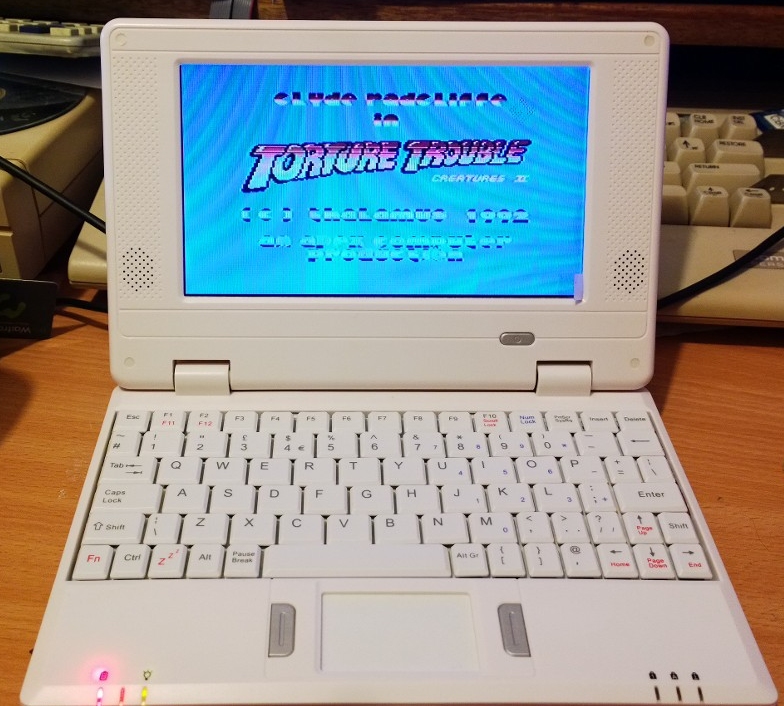 Prototype 2
The main differences between prototype 1 and 2 are the following..

Touchpad now works as a 1530 mouse (joystick mode) in port 2
Volume is now a wheel on the back of the chassis
Power/Mouse/Amp/Charge now all installed on custom PCB - See images below
Soft-on Soft-off Button
Custom Bootmenu (Thanks to CBM Filebrowser)
User selectable 4:3/16:9

Check out the making of the prototype 1 below..