Over the years I've collected tons of old computers... Rack'o'Stuff - All running JetSet Willy.. Plus4, Vic20, BBC B and Speccy 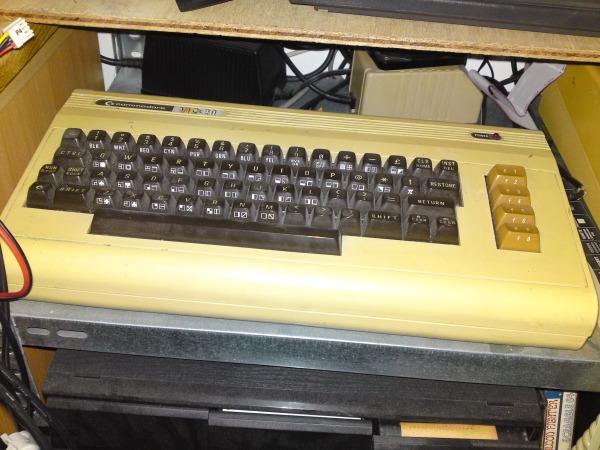 My orginal Vic-20 from the 80's.. Yes I am now 1million years old kids. Kids who am I kidding, only older gitz will be reading this.. It's got a Stack 4 port extender, as well as a light pen.. I bought all of this stuff way back when I had a Raliegh Grifter! (Red).. It's not as yellow as it looks in this image! 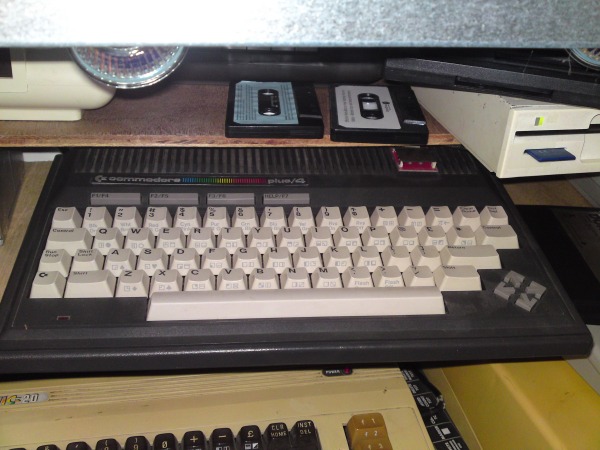 Plus4, great machine.. Pointless machine!, as just about all of the titles are made to work with the C16. Because of this, hardly any games use more than 16k of memory. I'd use the C16, but I've ran out of space! Stick a heatsink on the TED and the CPU if you have one of these, at some point it will fail and a bit of cooling will keep it alive for a heck of a lot longer! 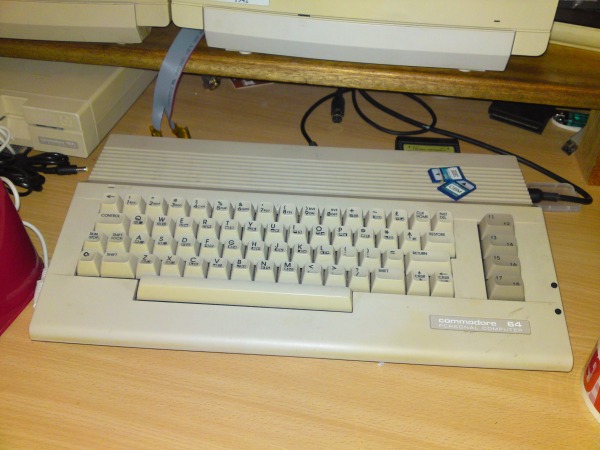 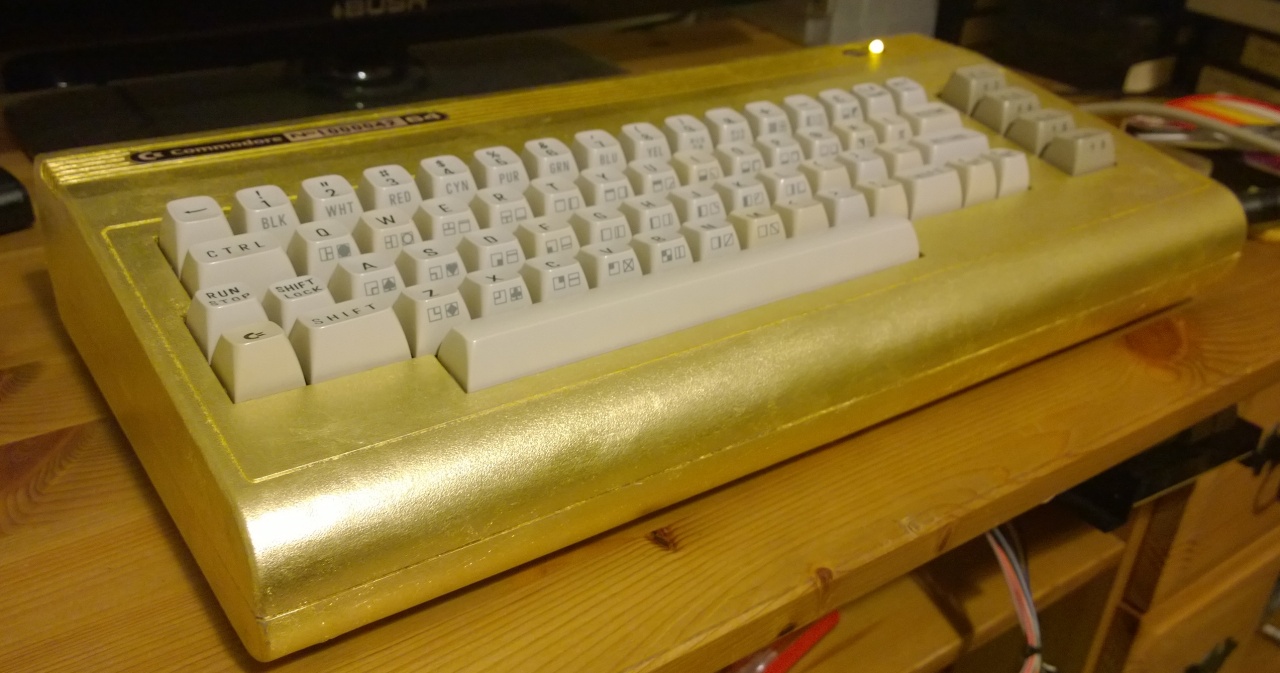 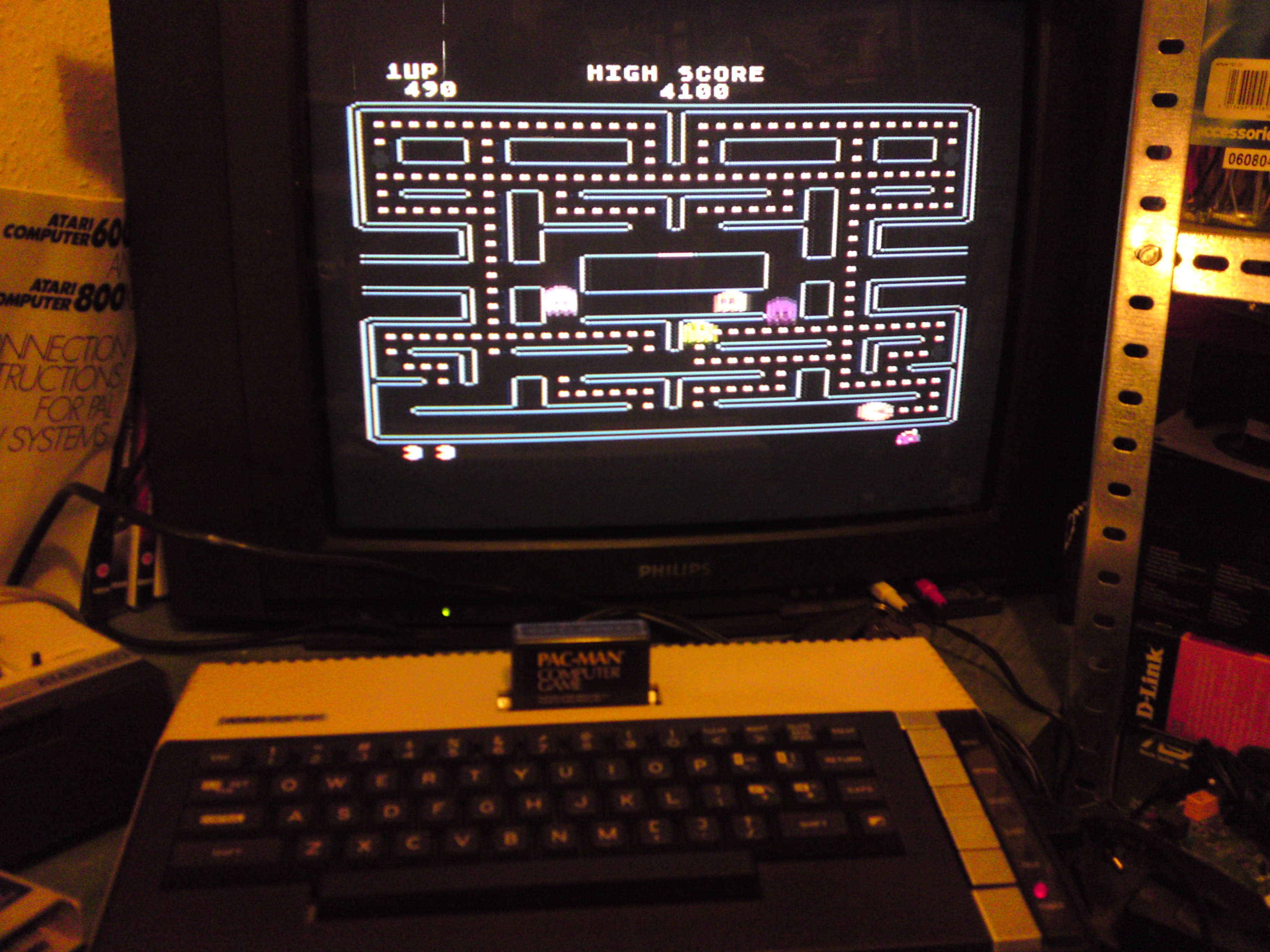 Atari 800.. If you thought loading a C64 tape took a while. You should try one of these. Tapes over 20mins are the norm! Oh, and it will fail to load, just about every time.. I've got a disk drive for it, that makes the original 1541 look small and neat and is a so frigging hard to work with.. And thats why I have a flash card. I say I have rather than USE.. it's too complicated to use, I just moved onto something else.. Atari usership, usershite more like! But I still like it, IF you can get something to load (I just plug in a cart) it is an interesting machine.. Partly because the graphics are so Atari 2600 (woody), but a bit C16.. And partly because it seems too difficult to use some how makes it more worth while. Or not! Bloody thing! 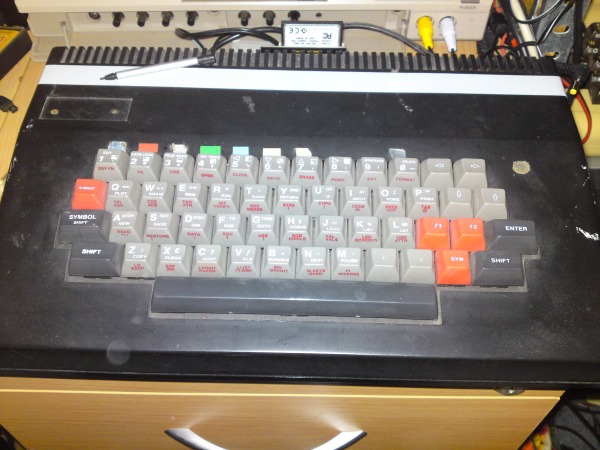 Sinclair Spectrum 48k with a fancy keyboard, built in joystick port and divIDE. Plus plenty of low fat DUST. 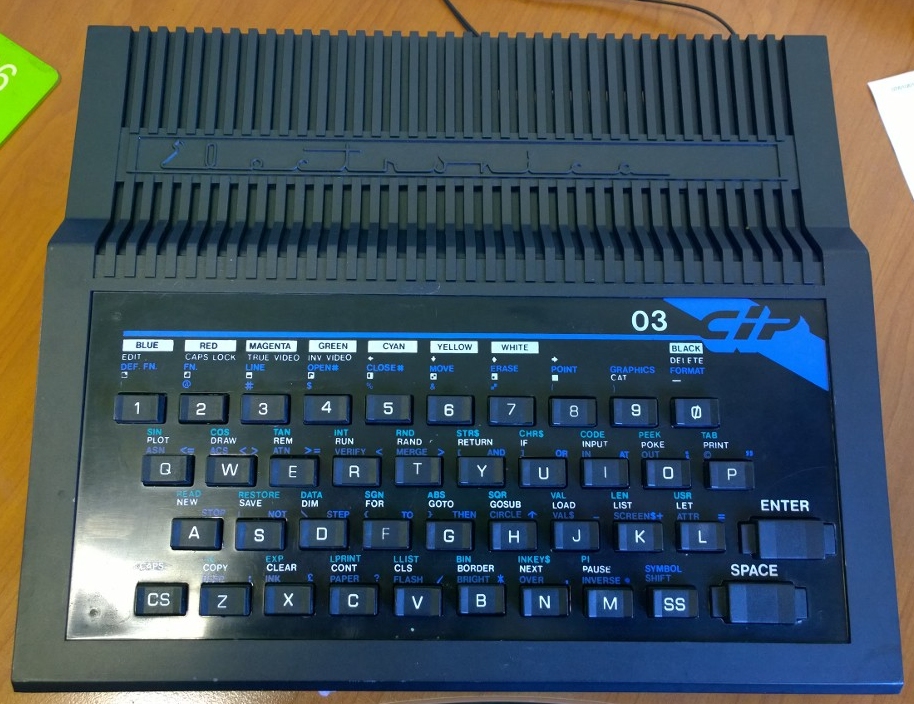 I've got a few Sinclair Spectrum Clones.. This is an Electronica CIP-03 from Romania don't you know ;D 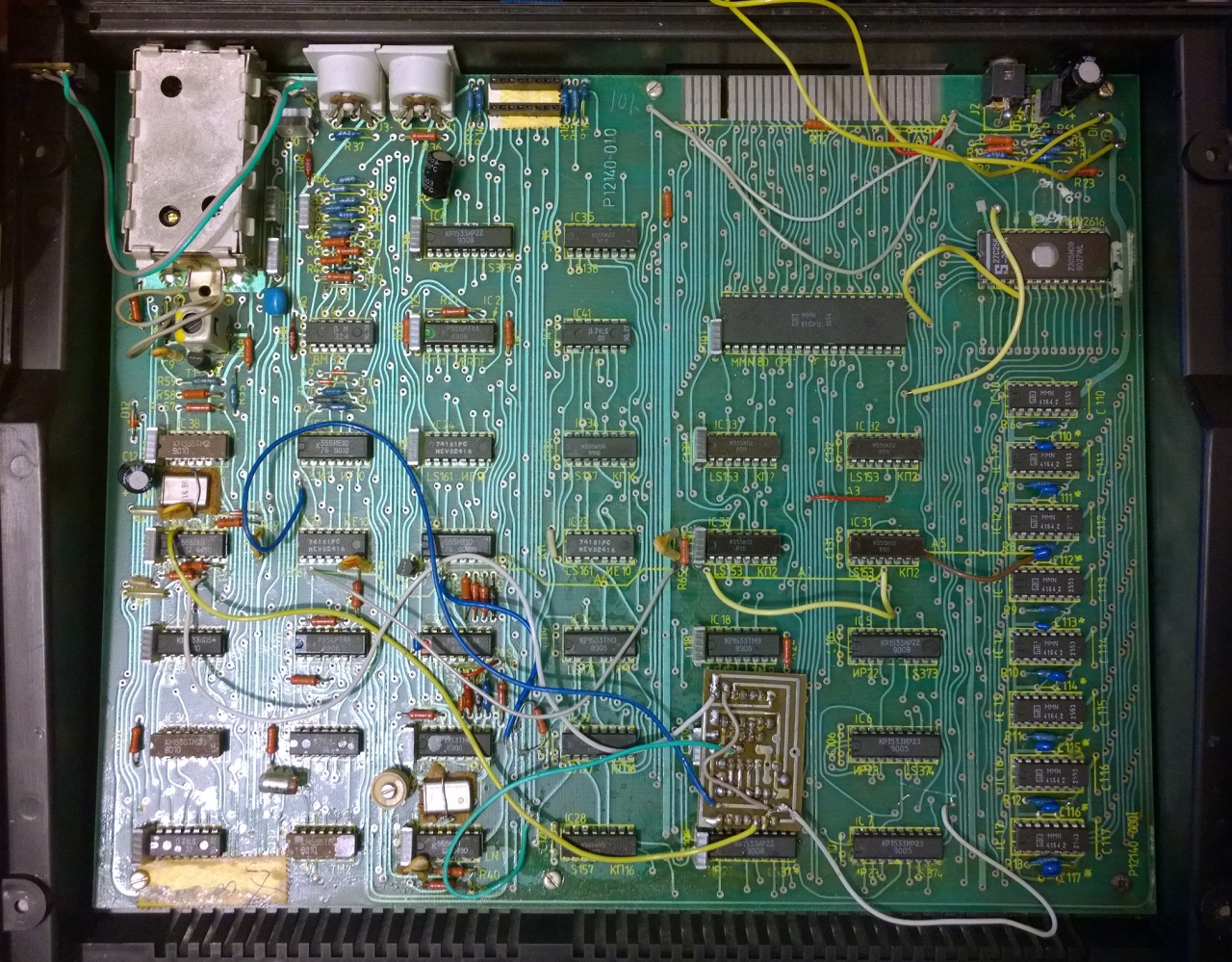 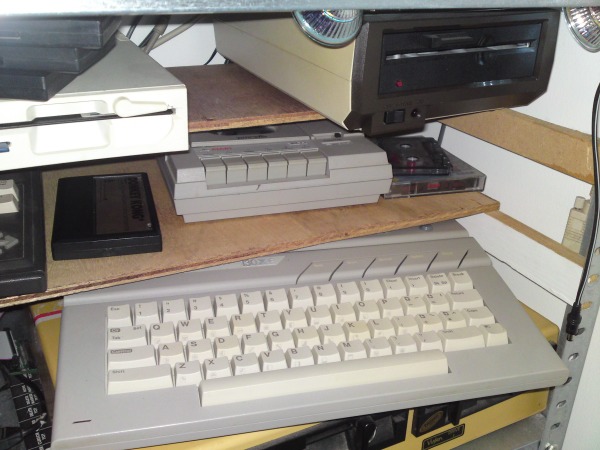 Atari 130, same as the 800 really.. It's just a new case for an old machine. Cassette loading still crazy slow. 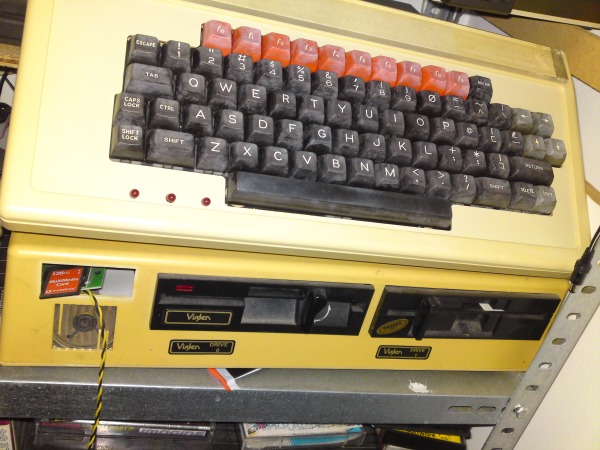 BBC B in a viglen box with PC style corded keyboard.. Two floppy drives 40/80 track. But better than that.. SD card! If you don't have a BBC, get one.. beeeeep BEEP! I mean it, dead easy to get a Beeb to load from SD and many classic Beeb games. And they break a bit, but are sooo easy to fix. Elite, Repton, Spy Hunter, Chucky EGG, might have to play on it now..

Acorn BBC Master Compact.. Got to be the best looking BBC Micro.. Pimped with multi roms and CF card :D 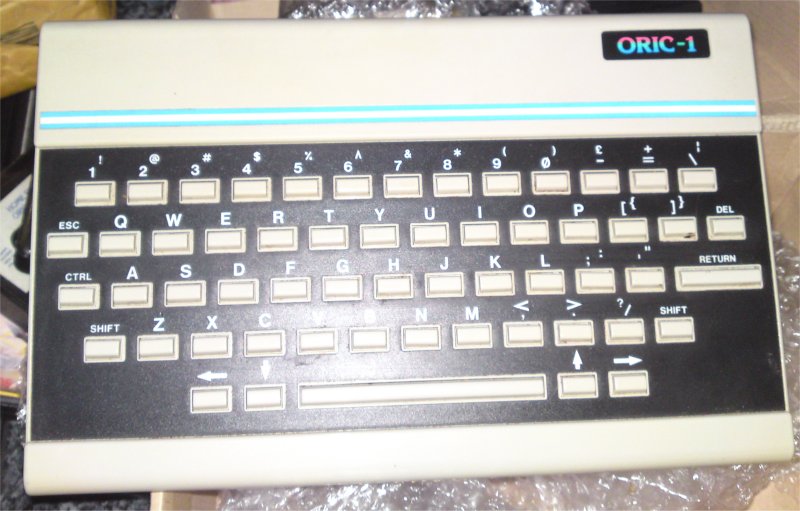 Oric 1, the white wee wee of old failed computer company's. Two words.. GET ONE! Think of them like this.. If Commodore took over the plans for the Spectrum after being doodled on by the people at Acorn, this is what you'd get. The motherboard is just about the same footprint as a Speccy 48, but is 6502 based. The graphics are the spit of a BBC B. And to top it off, an off the shelf sound chip. Nice stuff. Two more words.. Amy Pond (Figure that one out, and you win a prize.. Phil.. no prize for you) 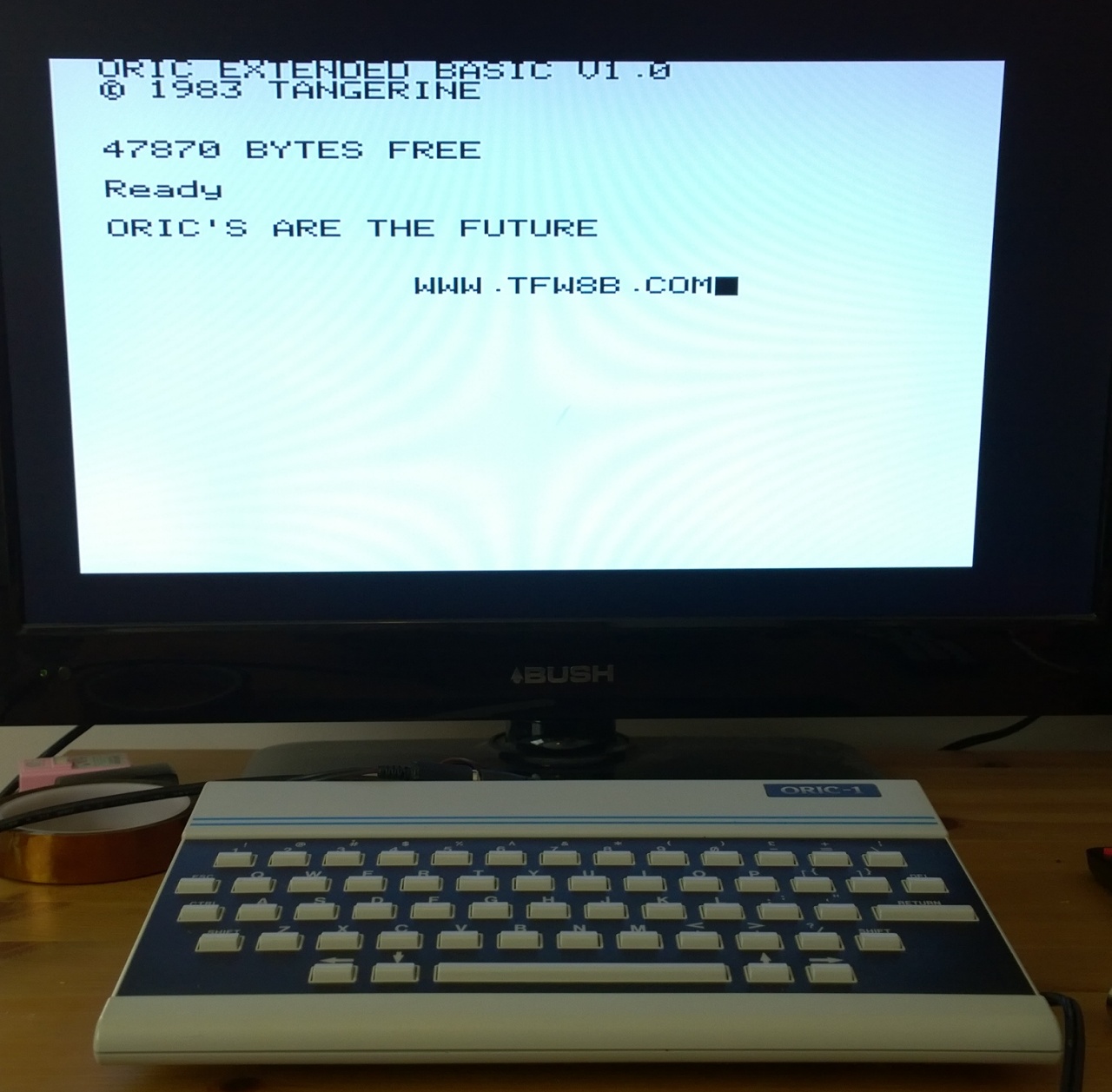 Oric's are indeed "The Future" 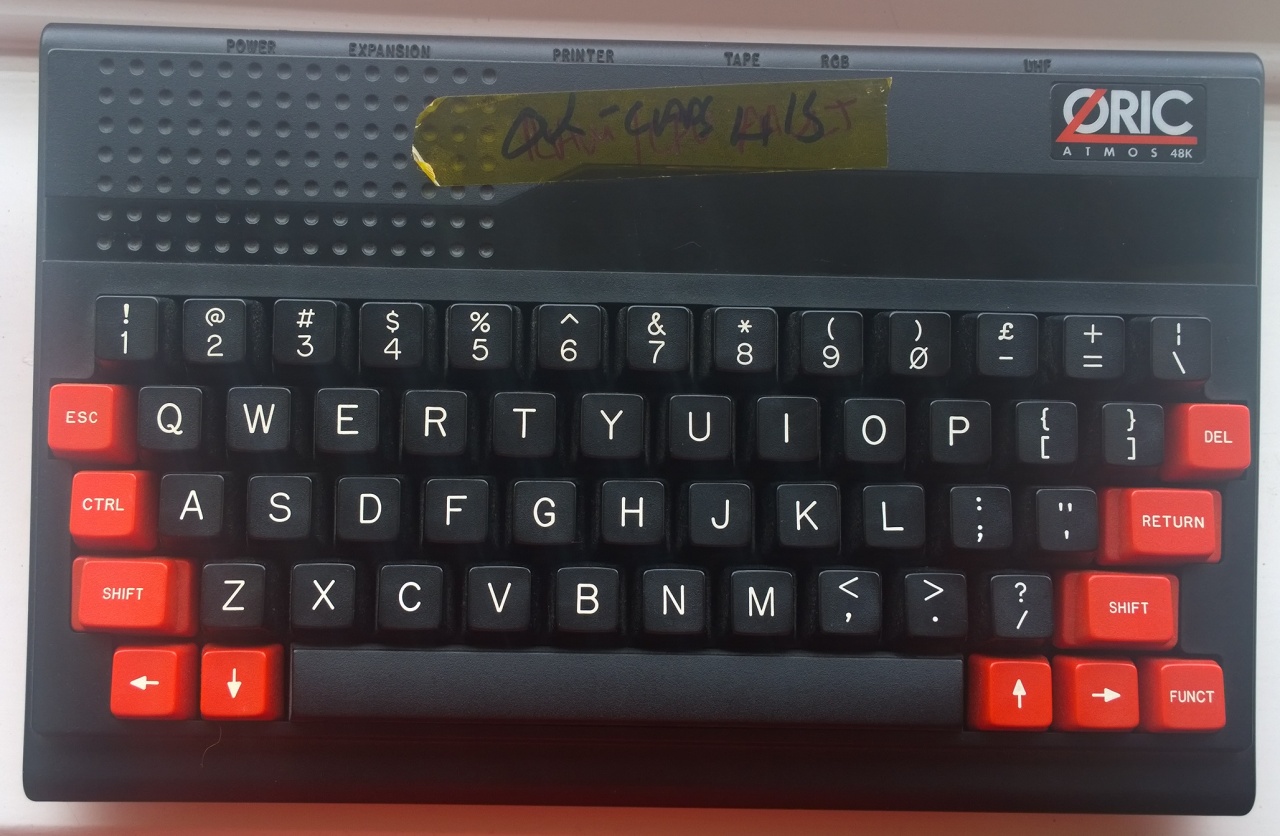 How splendid does this look.. You'll find more programs work with the Oric-1 tho 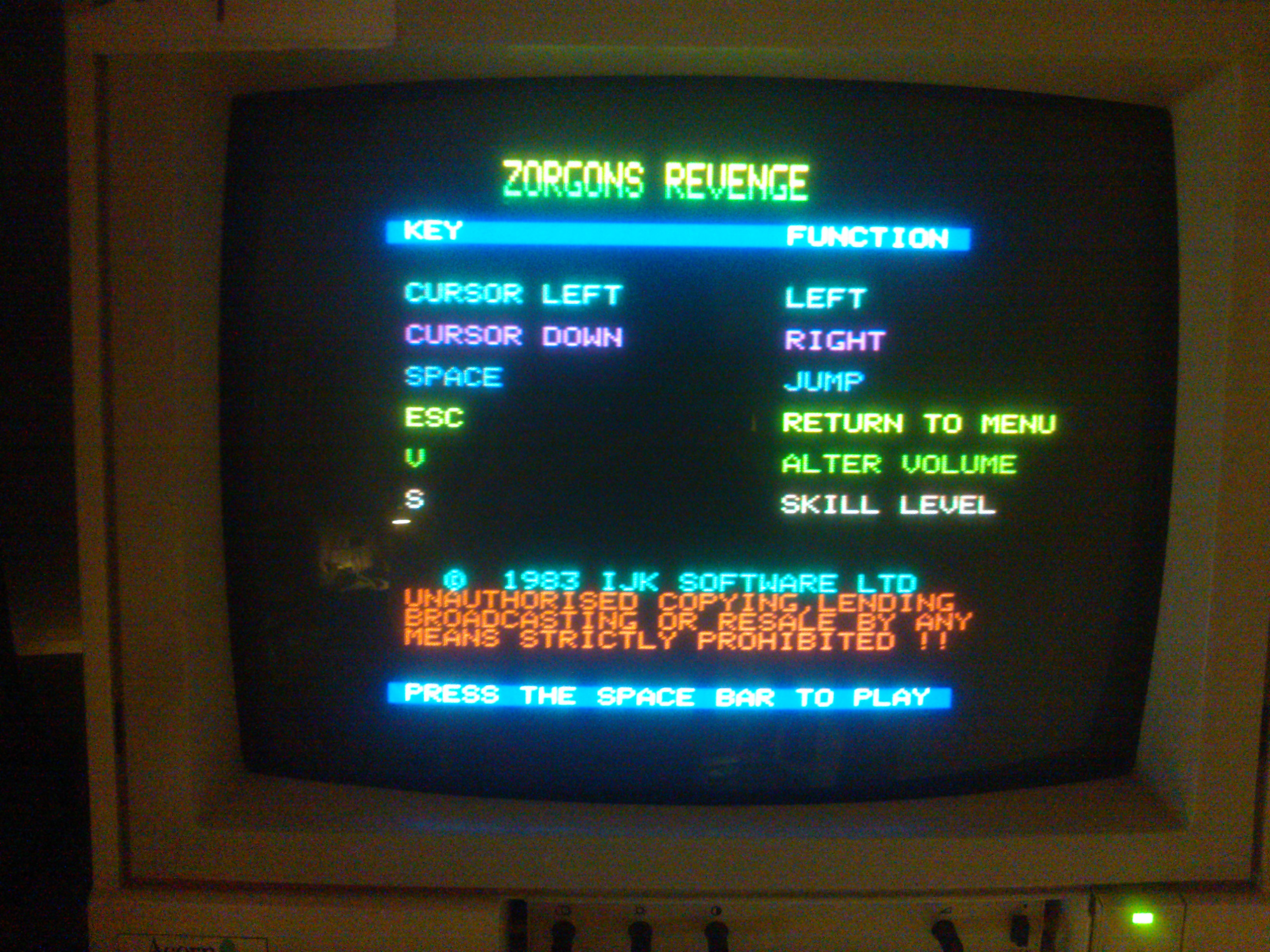 Oric Atmos, the same internals as the 1, but with a couple of bug fixes to the layout, as well as a new ROM. The keyboard is really nice, Black on Red.. Nicely dicely. Not all Oric 1 games work on the Atmos, tis a bit hit and miss. If you want your machine not too cook your dinner, it's worth upgrading the heatsink. The standard sink is much smaller than a Speccy's, and gets above 80C. Anywho forgetting the fire hazard implications I'll move on.. I prefer using the Atmos, but the 1's keyboard wins every-time. It's not better, it's click-et after all, it's like typing on your cars dashboard controls.. Click-et tho come on.. it's so bad, its good! ;) 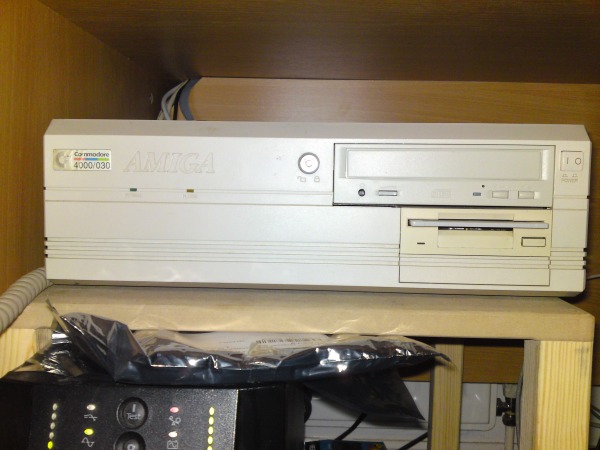 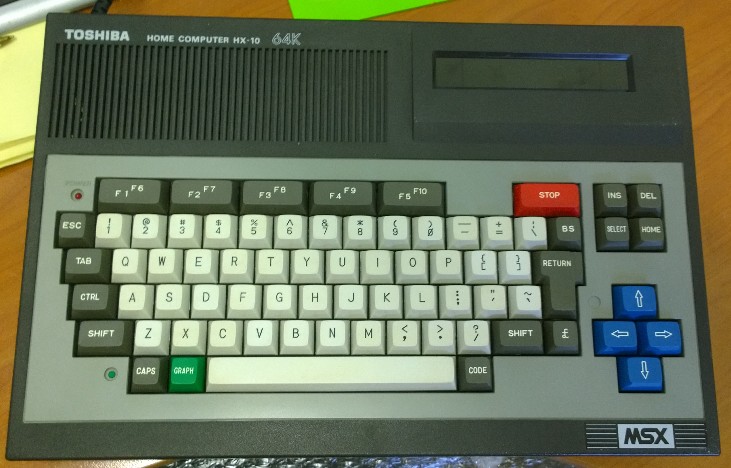 Toshiba MSX HX-10.. MSX was a bit of a flop.. shame really.. good all rounder and built to last 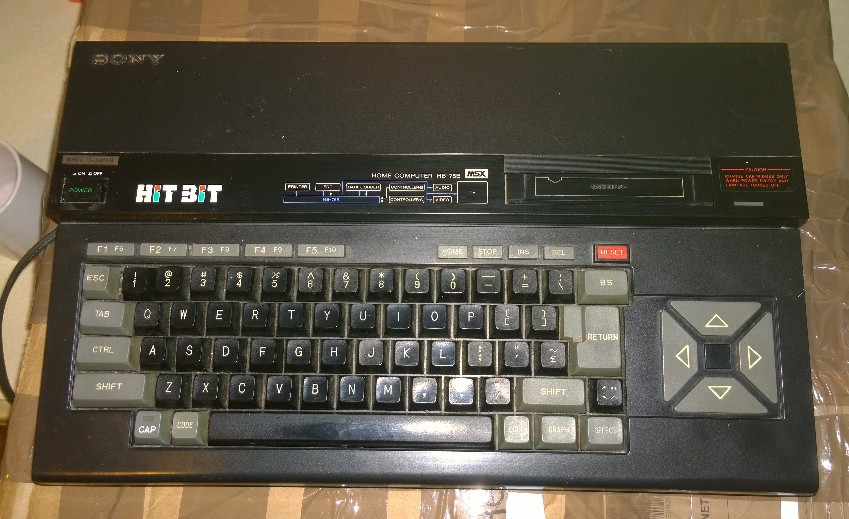 Another flavour of of MSX the Sony Hit Bit.. I prefer the look and feel of the Tosh.. Frankly its a sHit Bit ;D 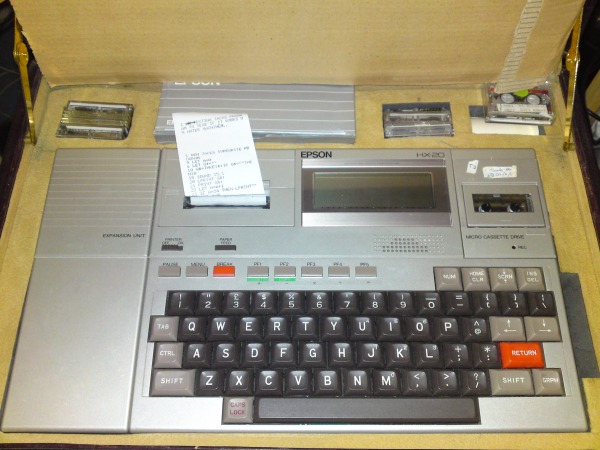 Epson HX-20.. Another favorite of mine. These all suffer from NiCad leakage, but it's easy to repair. Believe it or not, this thing will keep stuff in MEMORY not FLASH for 3 months plus! Built in line printer, LCD screen, and micro cassette. What's also good, as it has an RS432 port so uploading from a PC is easy!

Camputers Lynx.. This ones a basic 48k version.. I'm sure I've got it's bigger brother somewhere.

One of many of my C128's.. This one till recently was my "Daily Drive"

And as soon as you get an Aldi machine, you NEED the C64g - Commodore label is fab! ;D

Yeah, I know.. Too many C64 machines.. C64GS - Probably the most unwanted Commodore machine of the 90's.
It'll cost you a small fortune on ebay if you can find one these days. 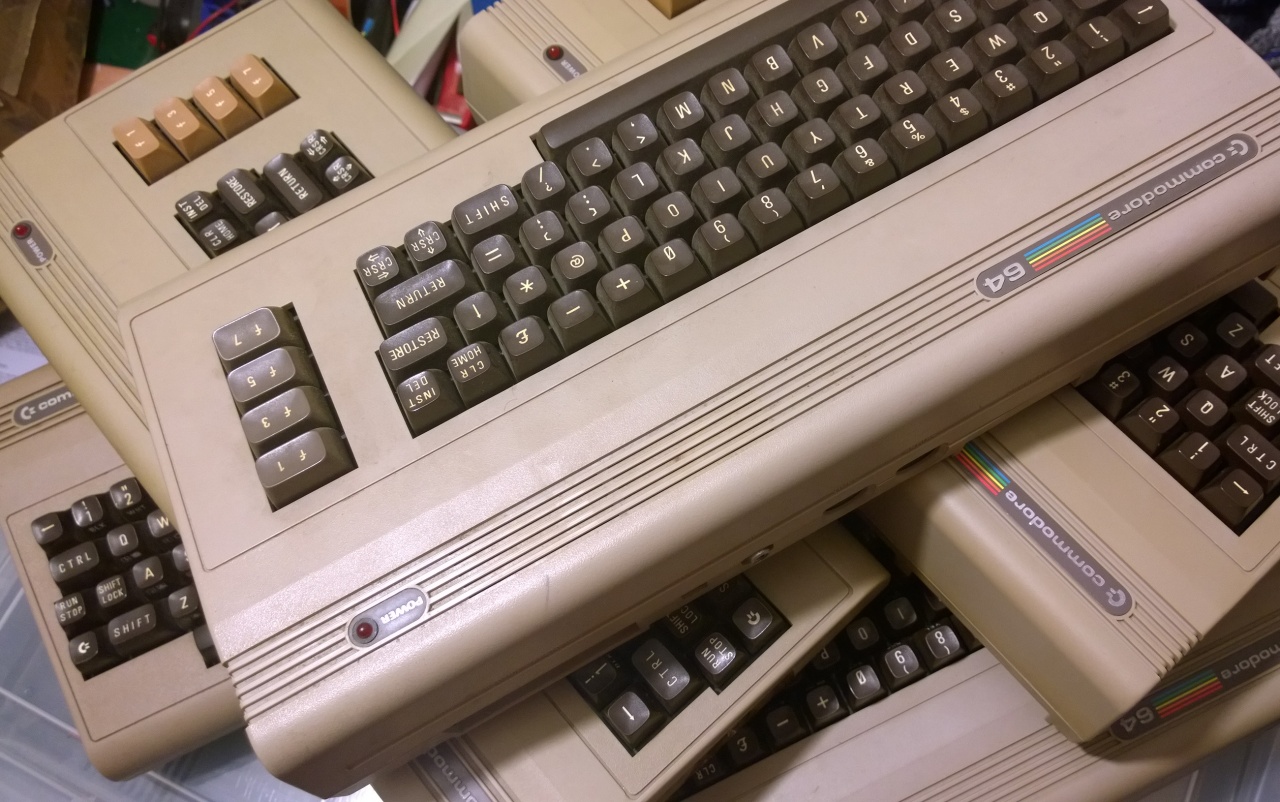 Lord Sugar is known to have the largest desk in the world. That's not the official reason why the Amstrad CPC464 is so wide.. But good enough for me! 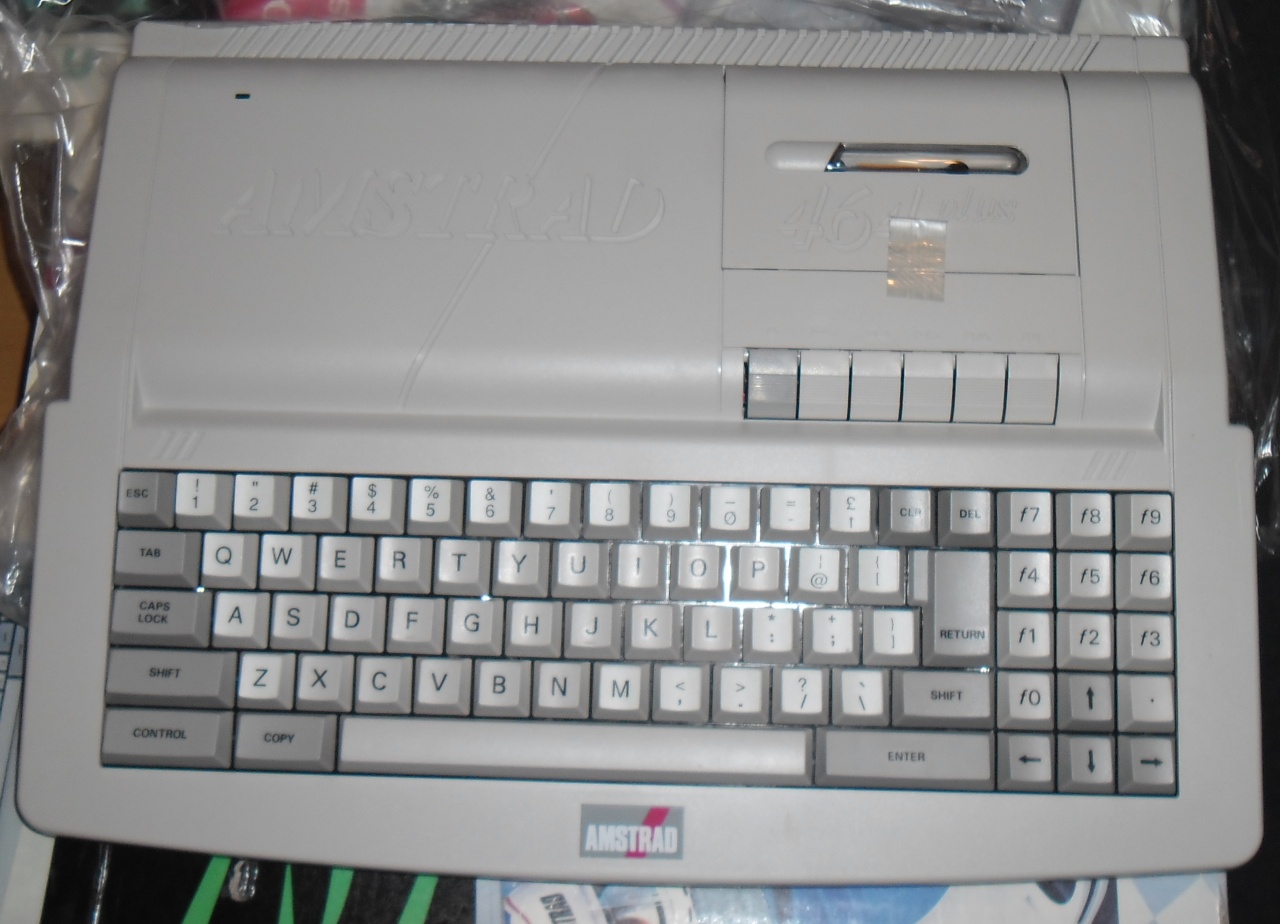 Amstrad 464 Plus. For those of you who want an Amstrad, but don't have 3 feet of desk just for the keyboard ;D 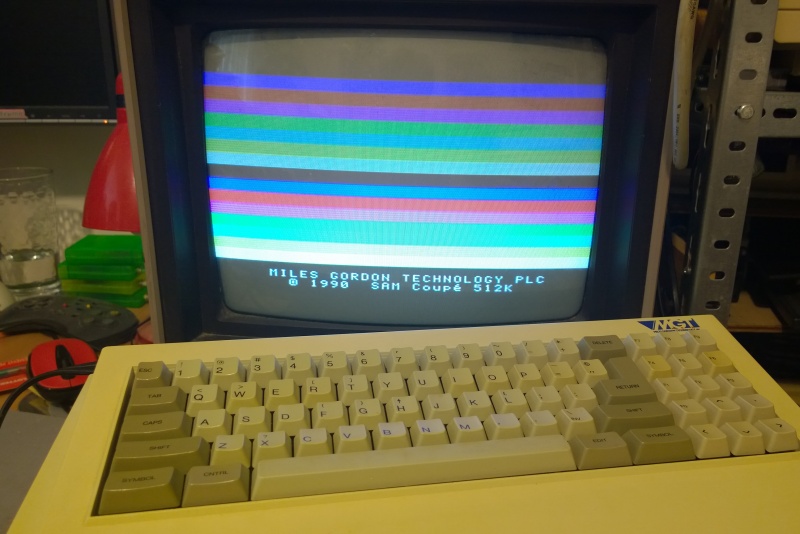 Sam Coupe.. I wonder if they had a list of names to choose from. I'd have gone for Kenneth Hatchback.
One day I'll find time to run this baby in! 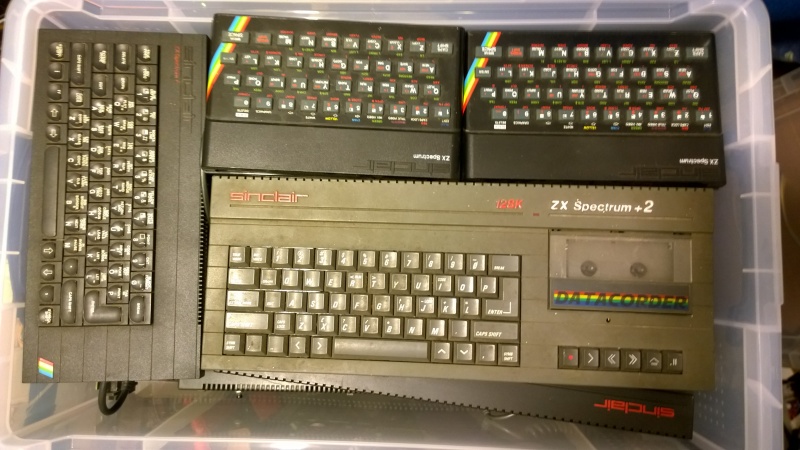 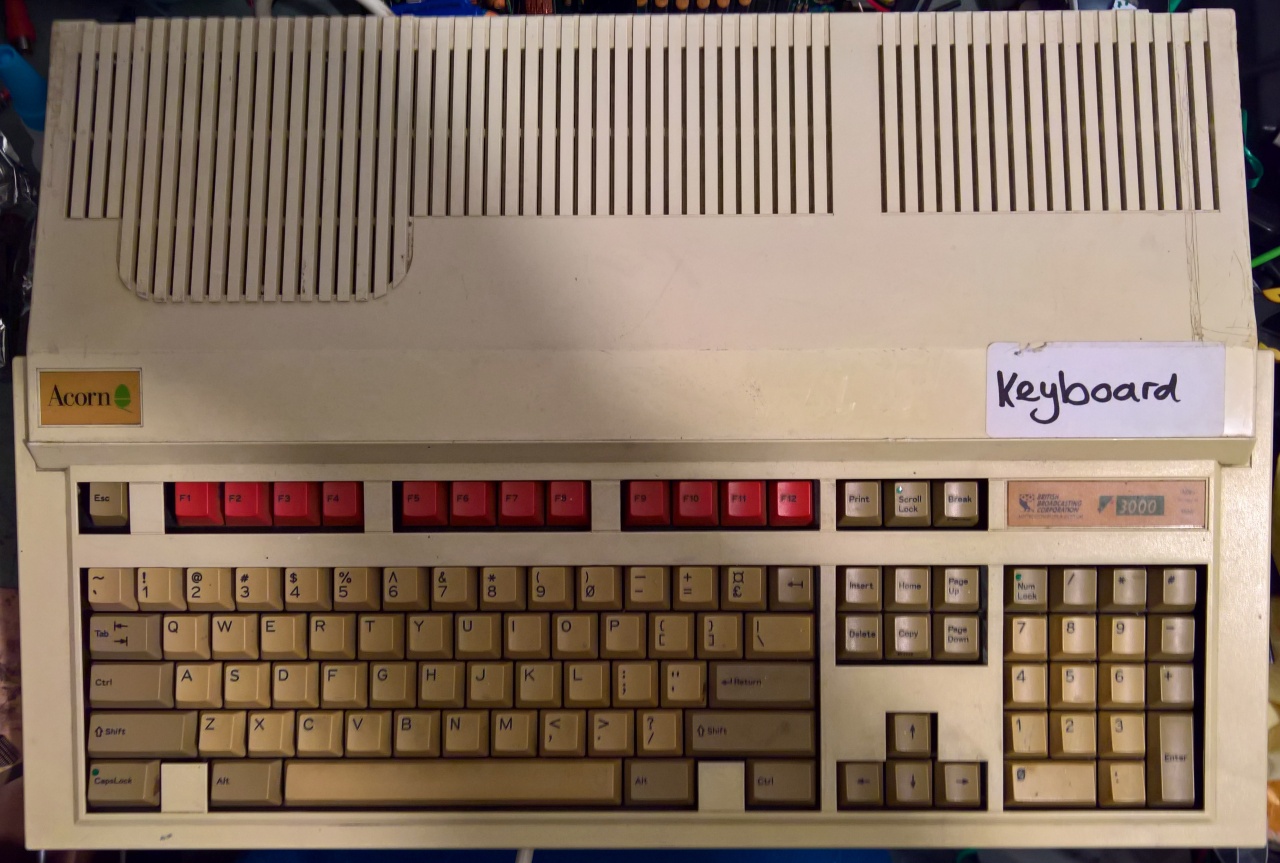 Acorn Archimedes A3000 just before I opened it up to find out the battery had leaked. Luckly it was minor, these things are know to rot to nothing. Be warned! Check those Ni-Cads 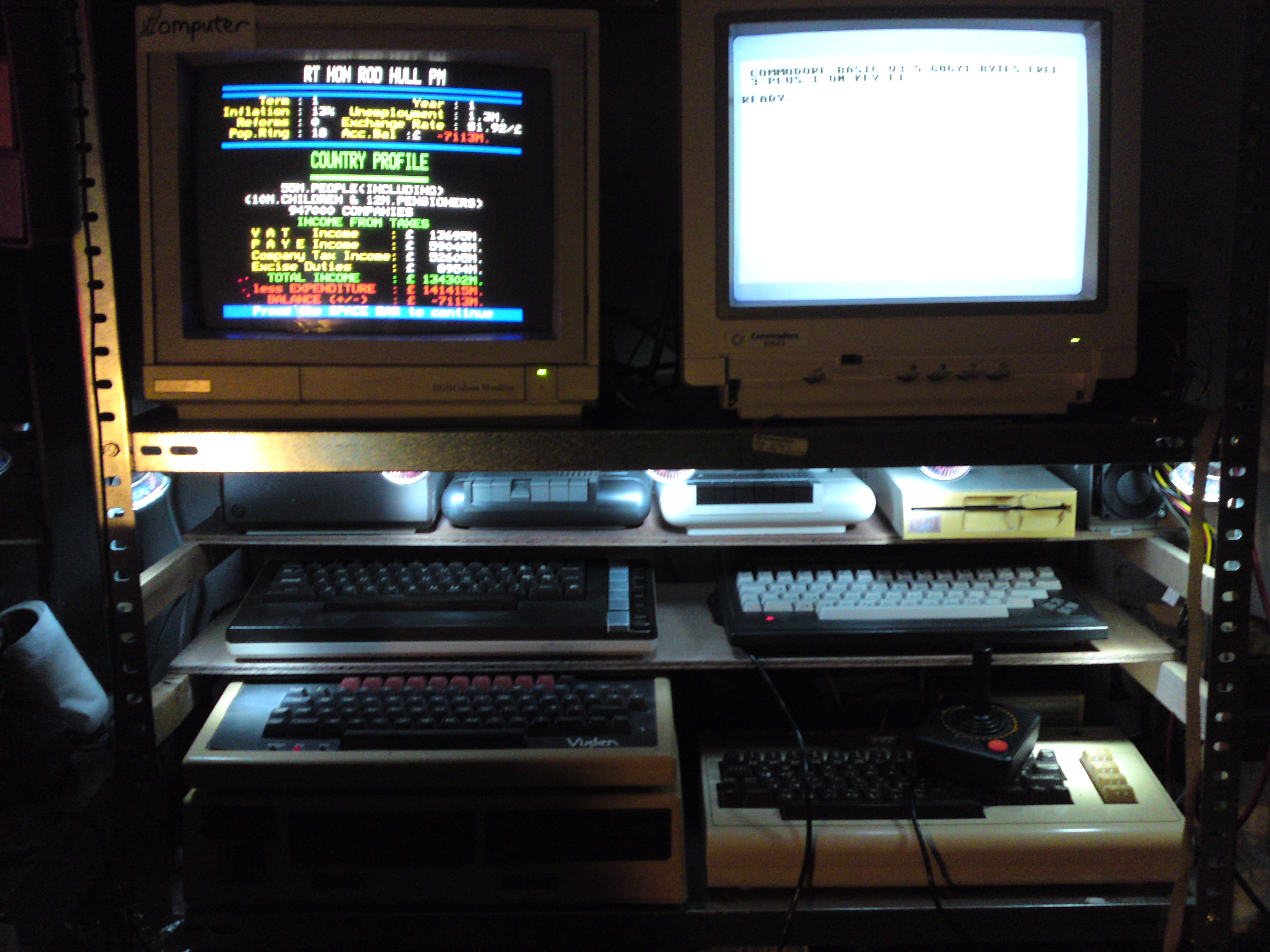