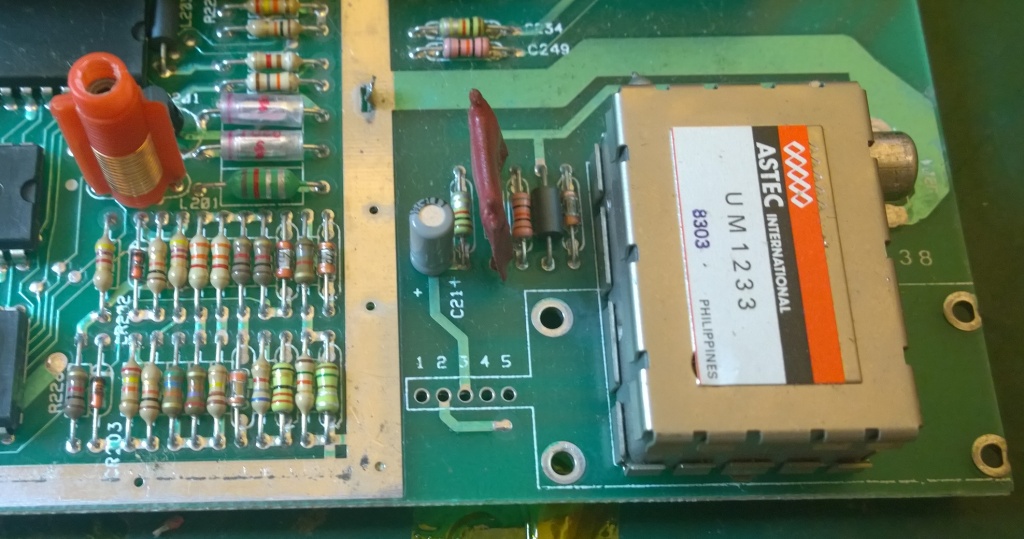 The corner of the PCB (PAL) we are interested in. Before. 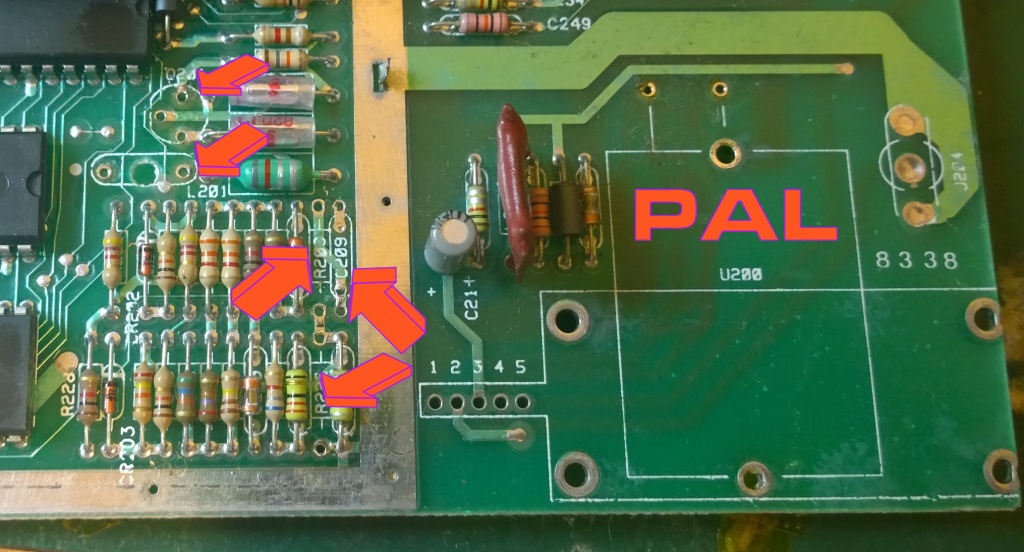 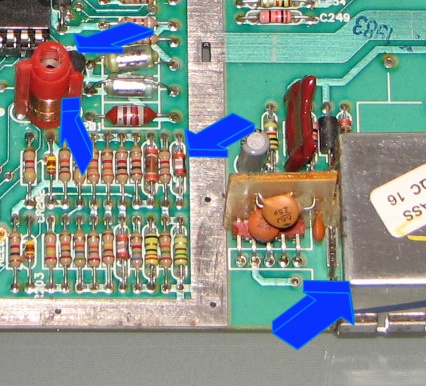 PAL PCB shown. Conections for both PAL & NTSC PCBs are the same. Video mod installed. Use a cable tie or sticky pad to secure the PCB. 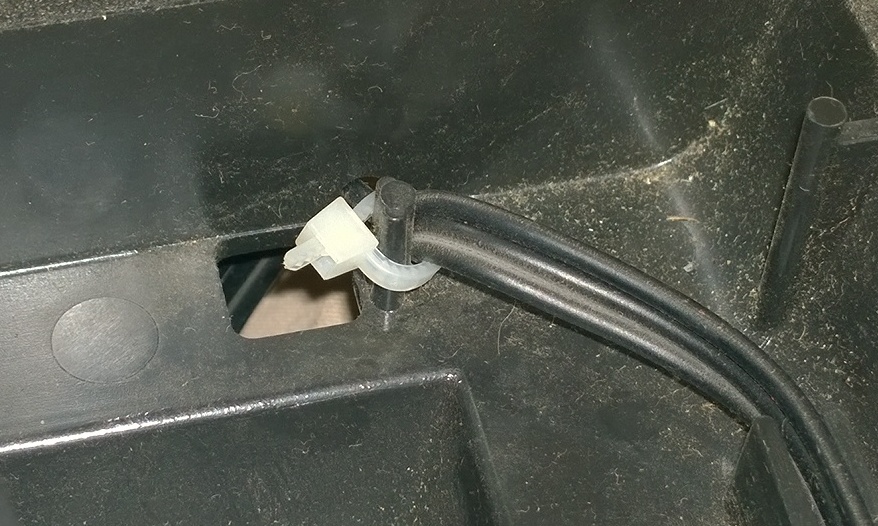 And a cable tie or hot glue is a good idea here.

Want a PCB.. Get it here

Now back to the old page!

It's been a long while since I modded my own 6 switcher to S-Video out.. Way back when, I tried a selection of mods, from a bunch of resistors to transistor and finally chippage (CD4050 i think)

Only the CD4050 gave an output that I found acceptable for my own woody. But after seeing some posts on twitter of a transistor mod, I thought it was time to give it a go again as I had a Vadar waiting for it's new home. So anyway, I got a couple of transistor mod's from a kind chap on twitter that he had use himself to give a good output on his Jr. So what do I have to loose right? 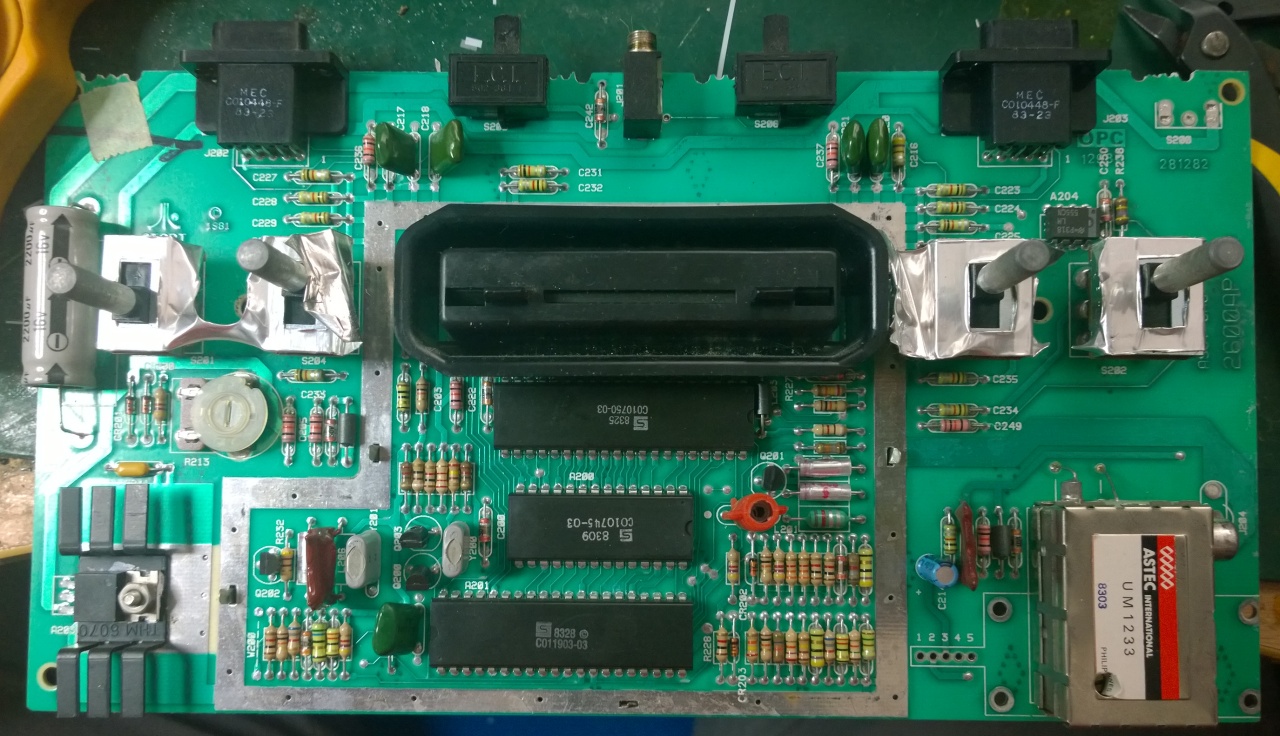 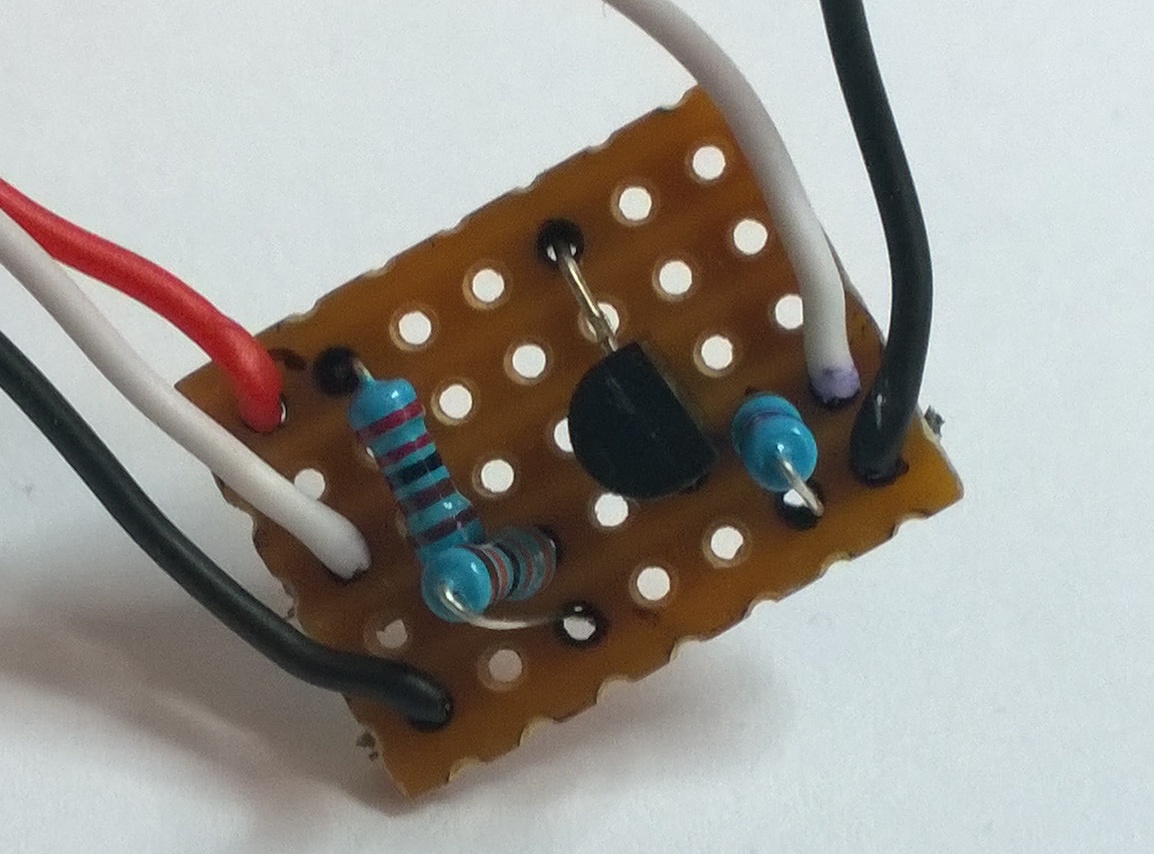 Donor PCB via dude on twitter. The results on his Jr look great.. Can't wait :D 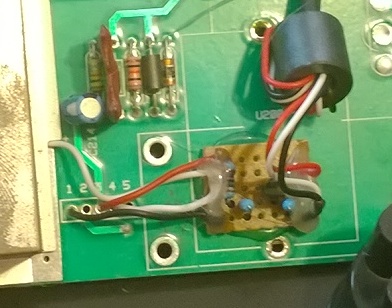 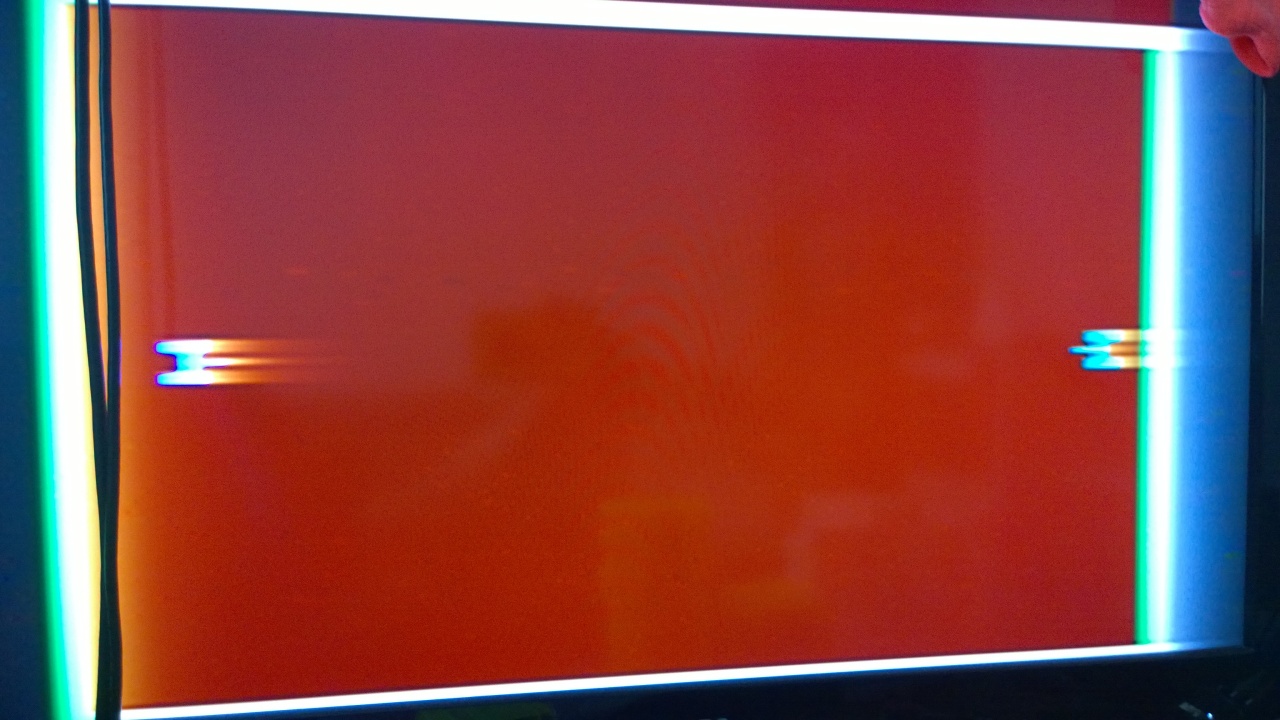 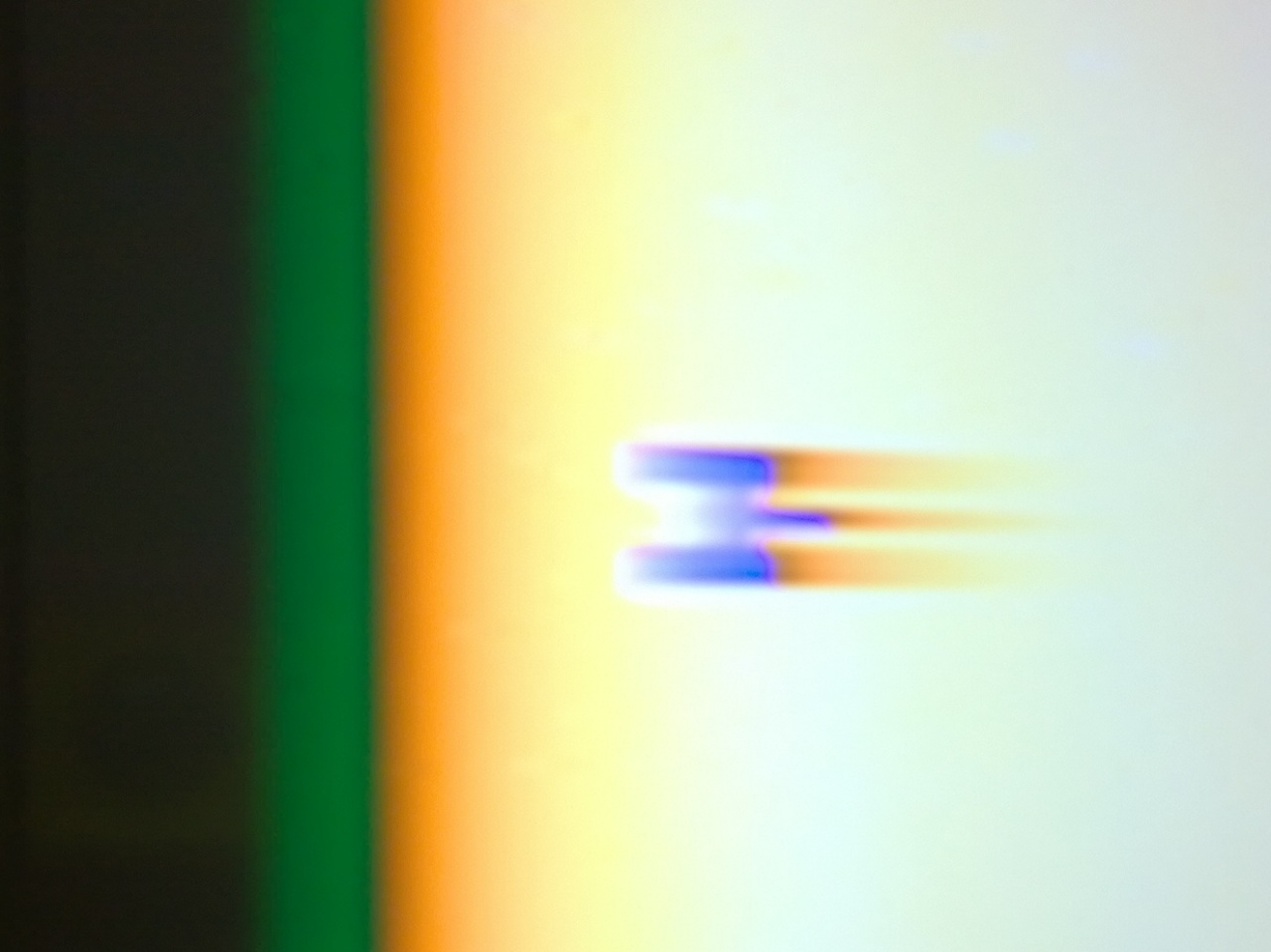 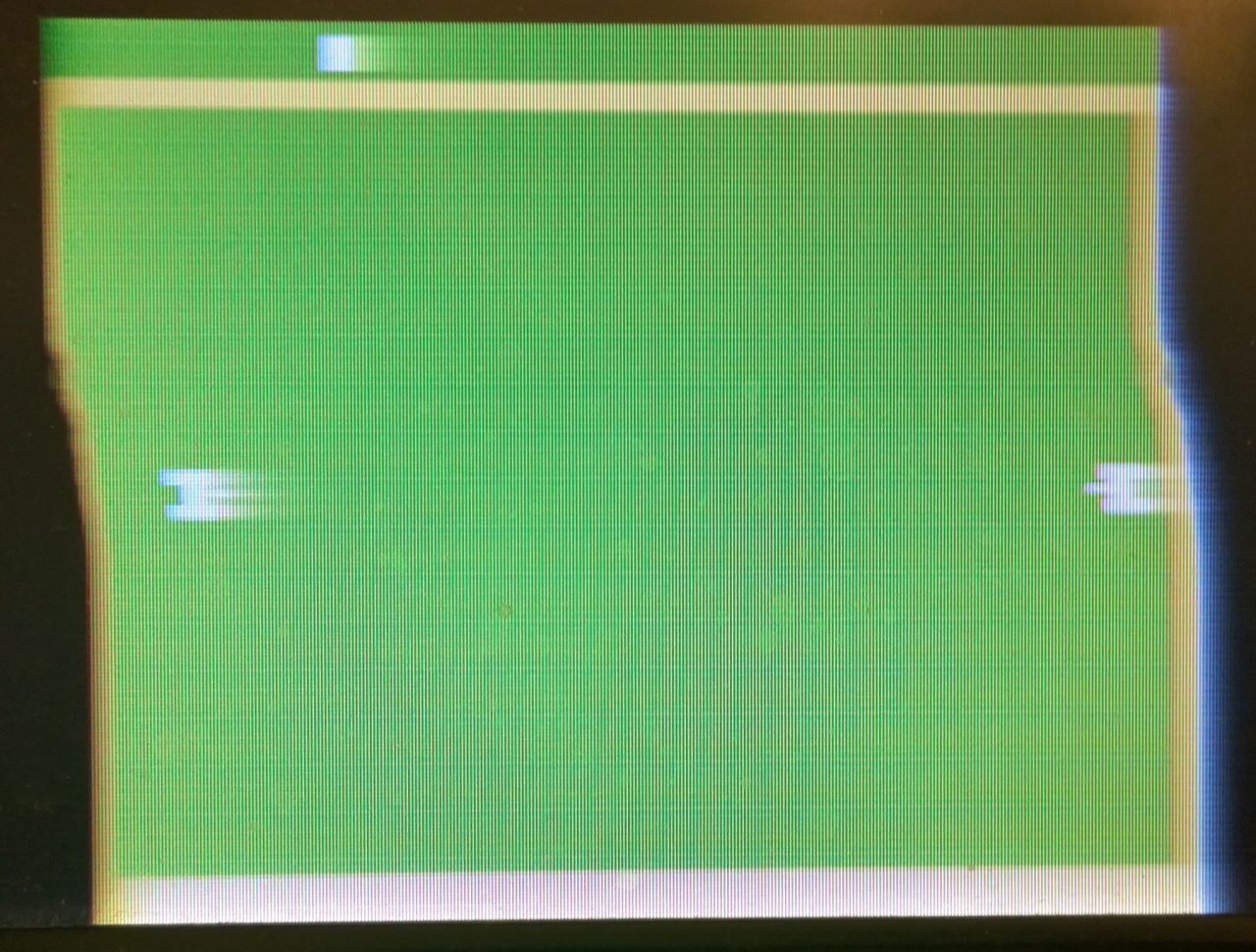 And on a different TV.. Lemon, Terrible 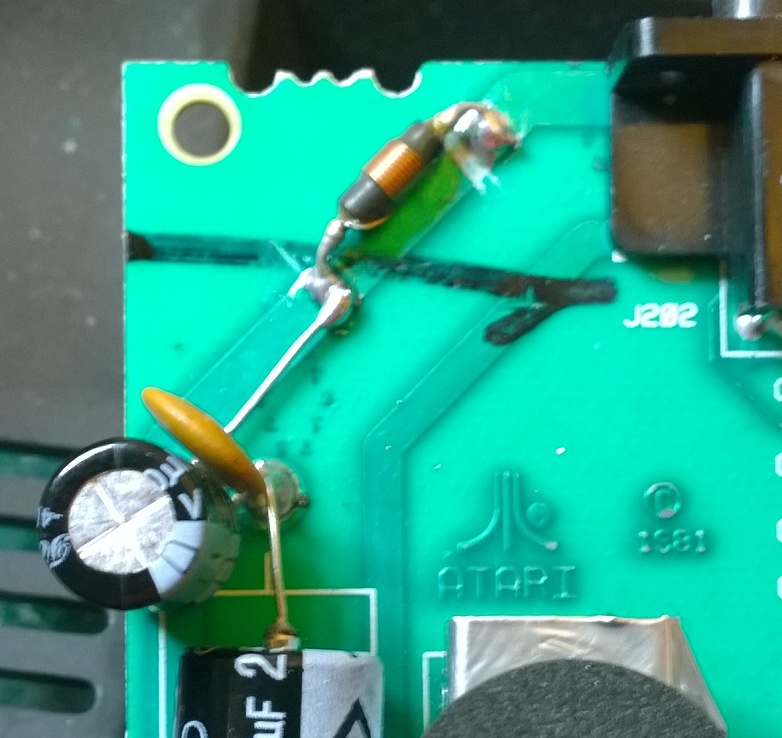 Tried the second PCB sent to me, you know just in case. Went as far as trying to remove any noise from the switch mode PSU.. Made no difference :(

Sod it I thought. I'll make my own. The donor PCB used 3 resistors and a something or other transistor. The mod I know of used two transistors and a 2n3904 and I know I've got a tray full of those.. Time to get on with it :D 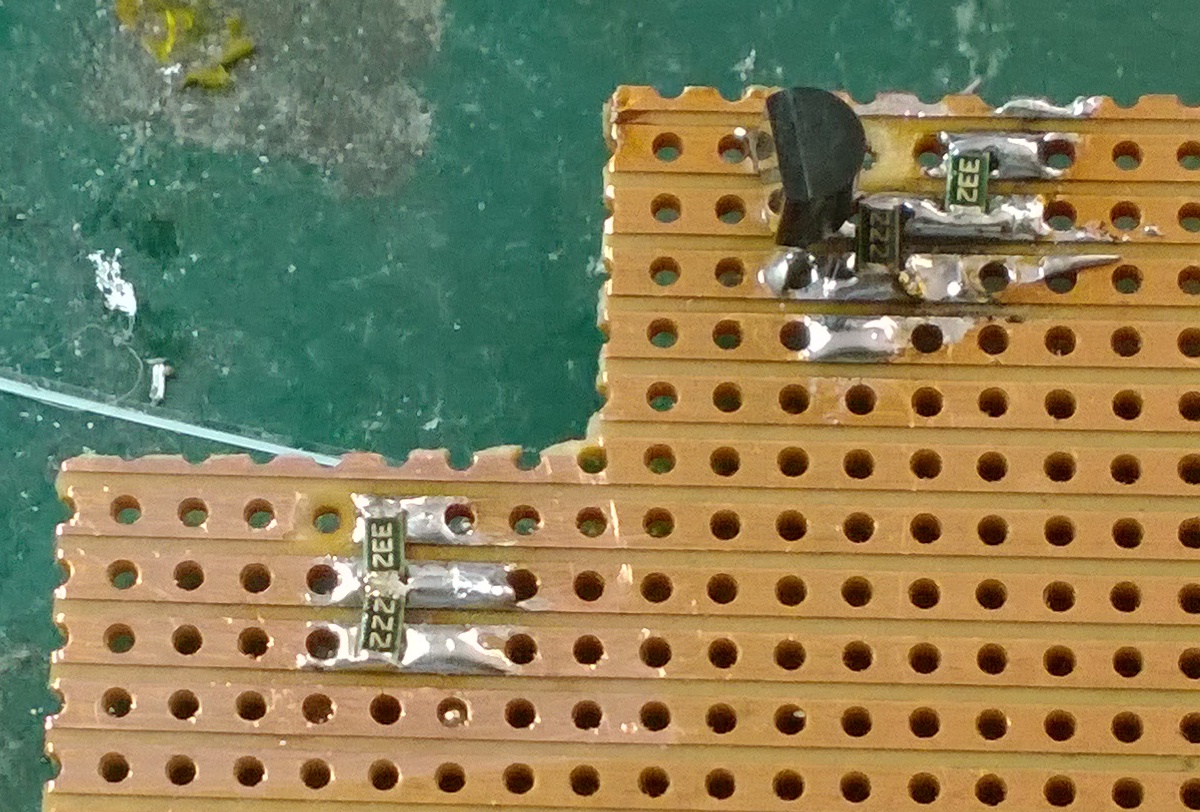 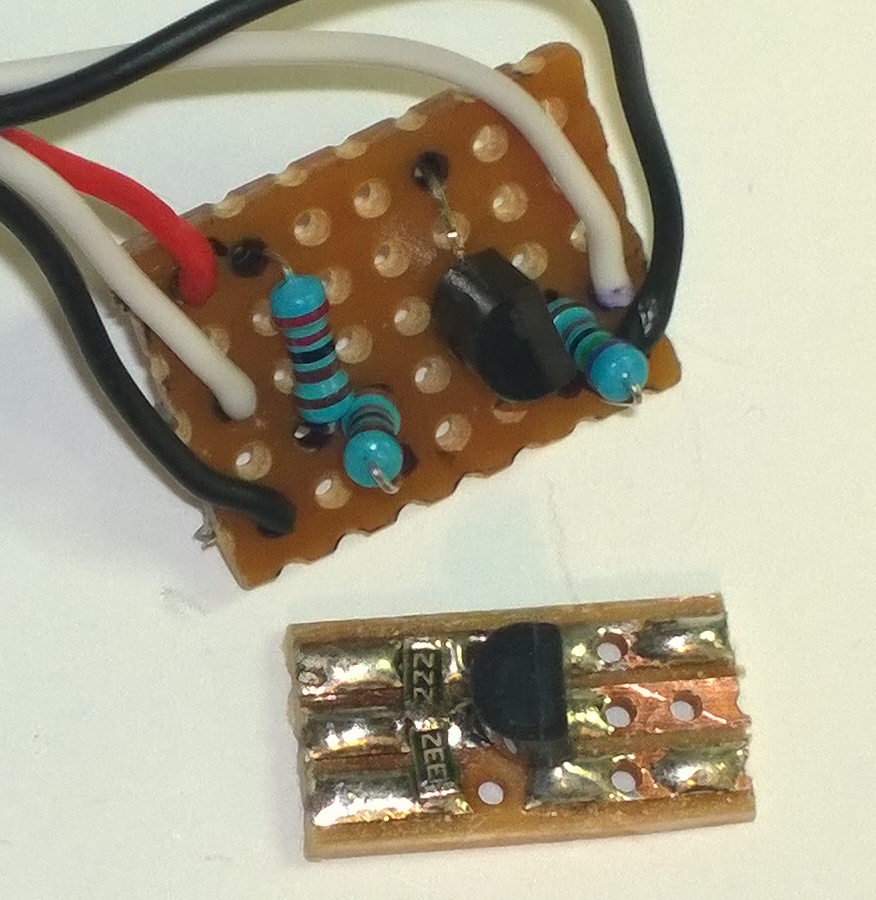 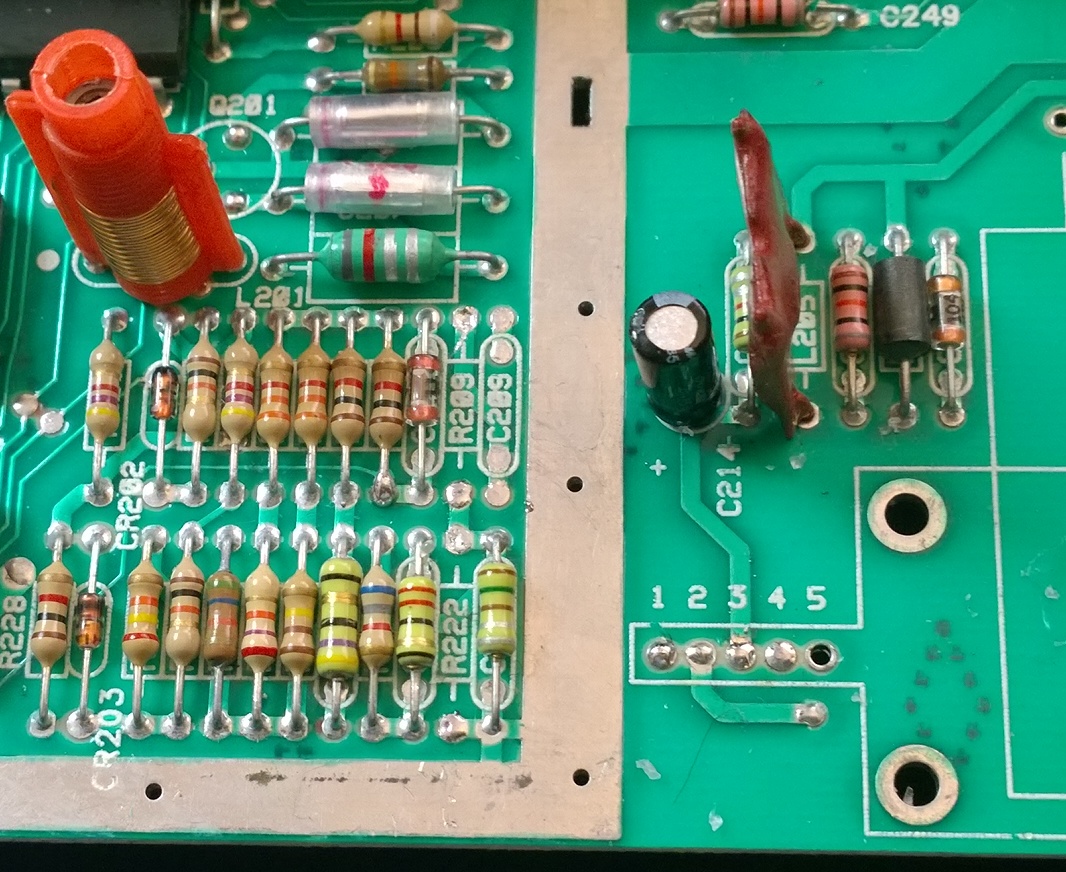 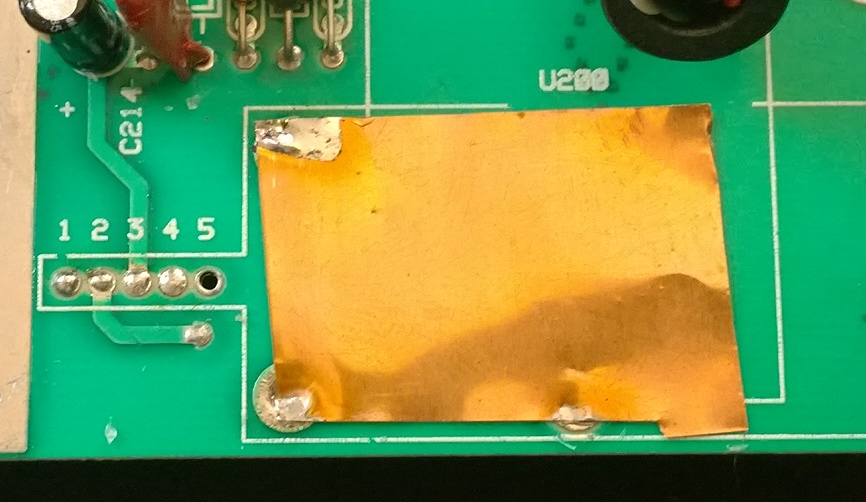 Added a bit of copper to reduce noise (well it might).. 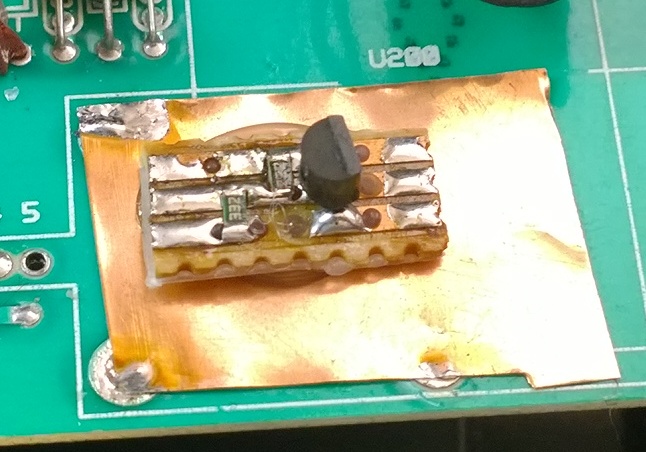 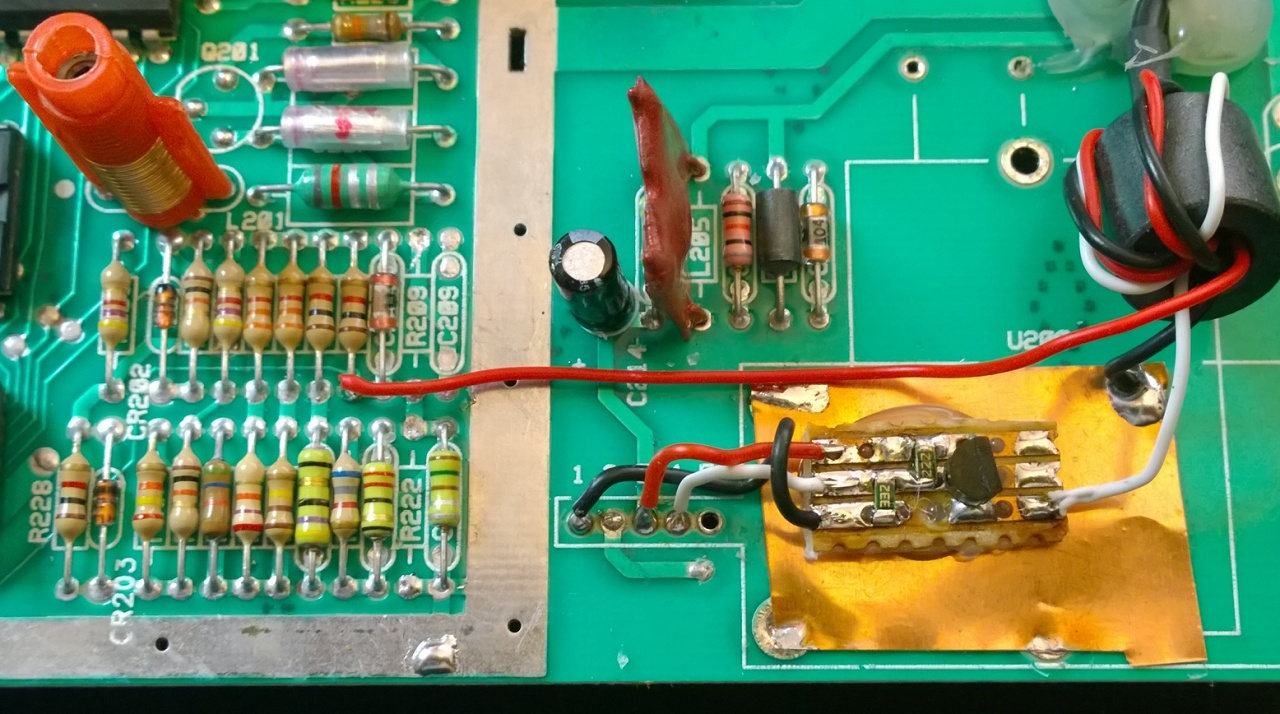 Not so tidy PCB used for this install (I'm keeping the nice looking on for me.. HA!) 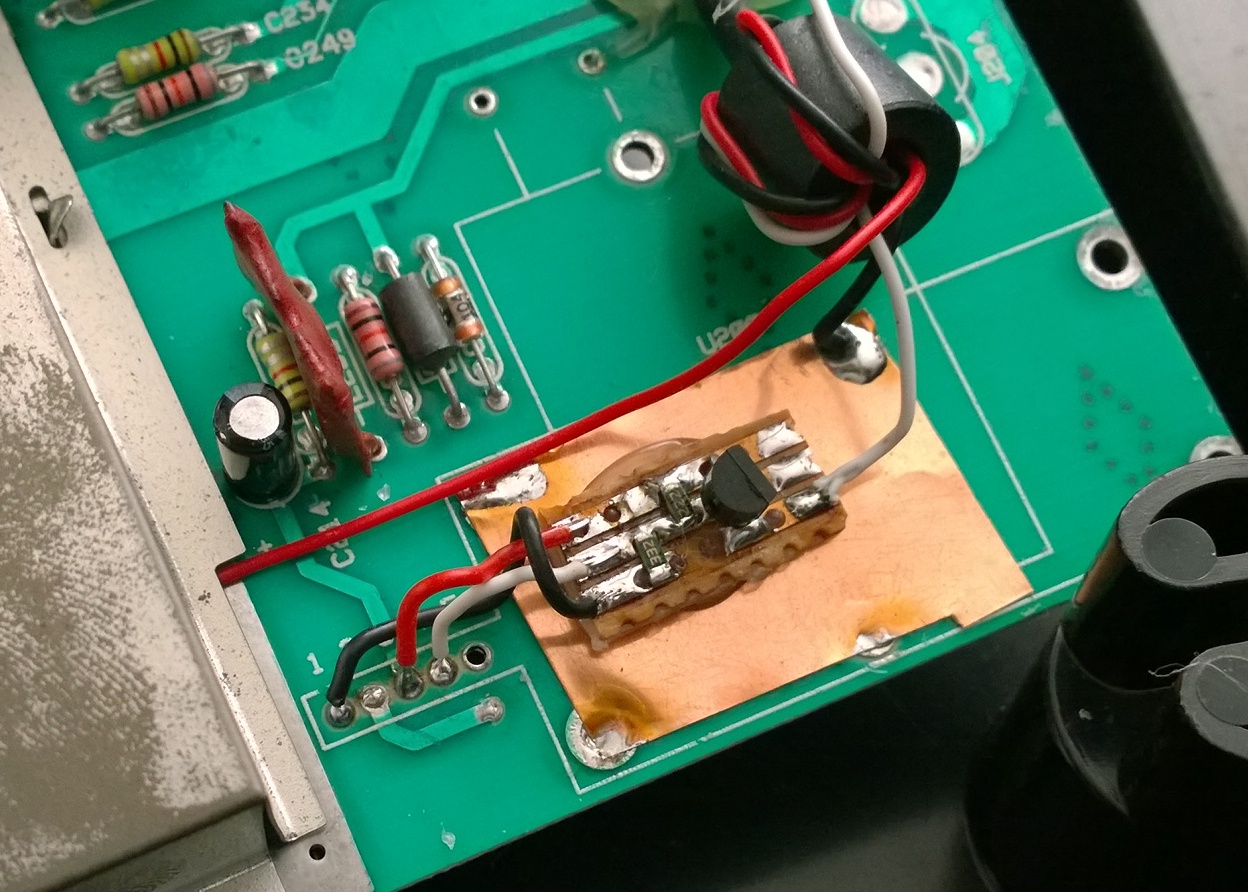 Tin hat reinstalled. BTW, the video out cable is secured in the existing strain relief with the aid of some hot glue 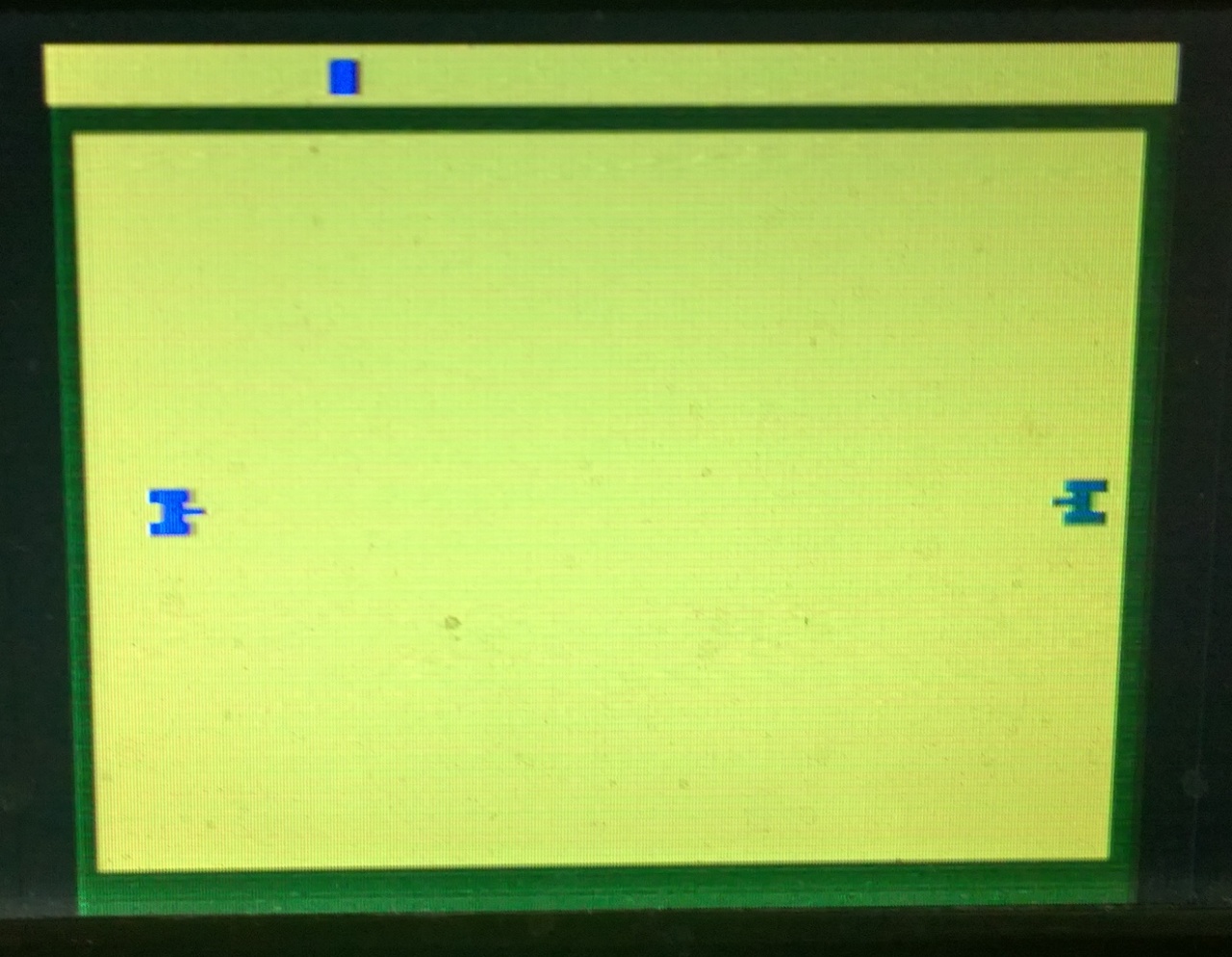 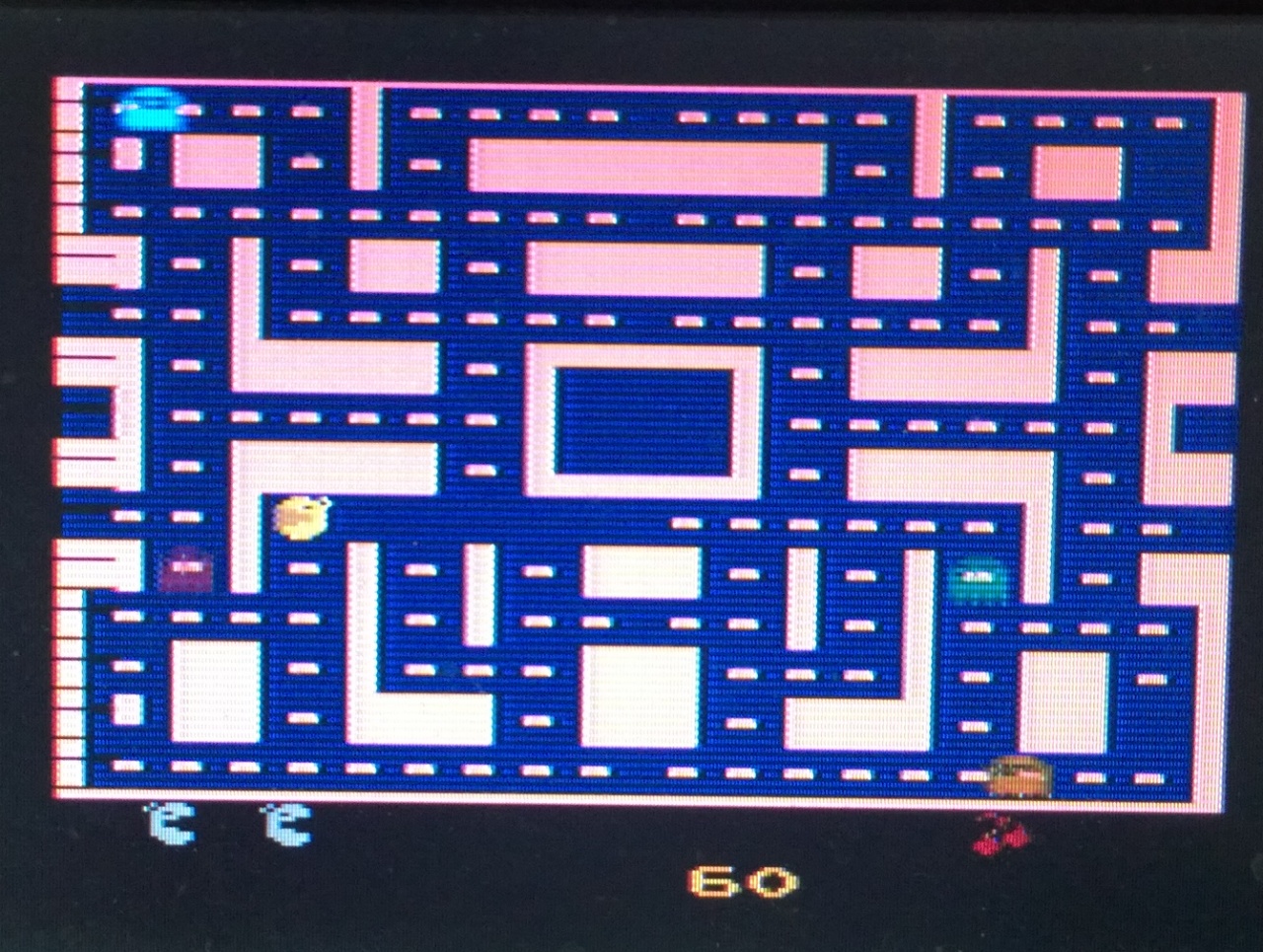 Do you know, for such a simple mod thats a bloody good result. Would I use a CD4050 on future mods, well maybe not. I'll have to try both side by side at some point IN THE FUTURE.

And I'd also like to find out of the 3 resistor mod works ok on a Jr and not a 2600. The inscuction said it would work, but my results proved different in this case.

Thanks again to twitter user for his donation. I'll revist it as soon as I pick up a Jr ;D

I went back to this a second time and added the 75r resistor over the cut track. Composite video expects 75ohm impedance, it's not made a noticable difference on my sets, but it is the "correct" way. 75r's are the future 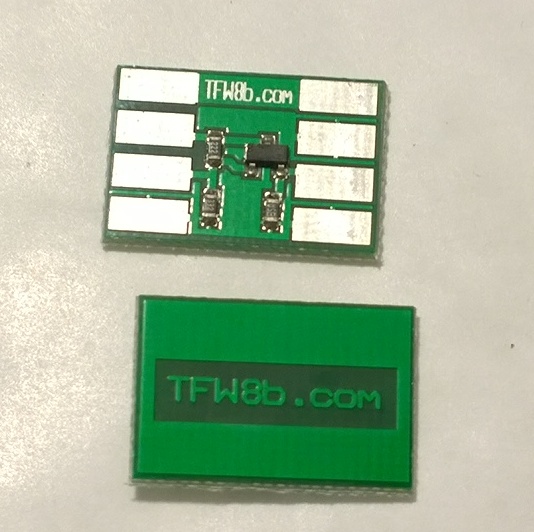 Can't be arsed to make your own? Click here ot buy a pre-built PCB.