We all know about of Retr0bright and over the years I've dabbled.

A million years ago, I wanted to remove the yellowing from a 1541 clone disk drive. And at the same time, I tried to brighten up a BBC Micro keyboard.

I learnt the hard way what drying out will do. Screwed those keys up good and proper!

Anyway.. I had the idea for a non-drying-out method.. A year or so later I finnally knocked up a retr0bright machine (or bath.. but bath with a fish tank pump and heater!) 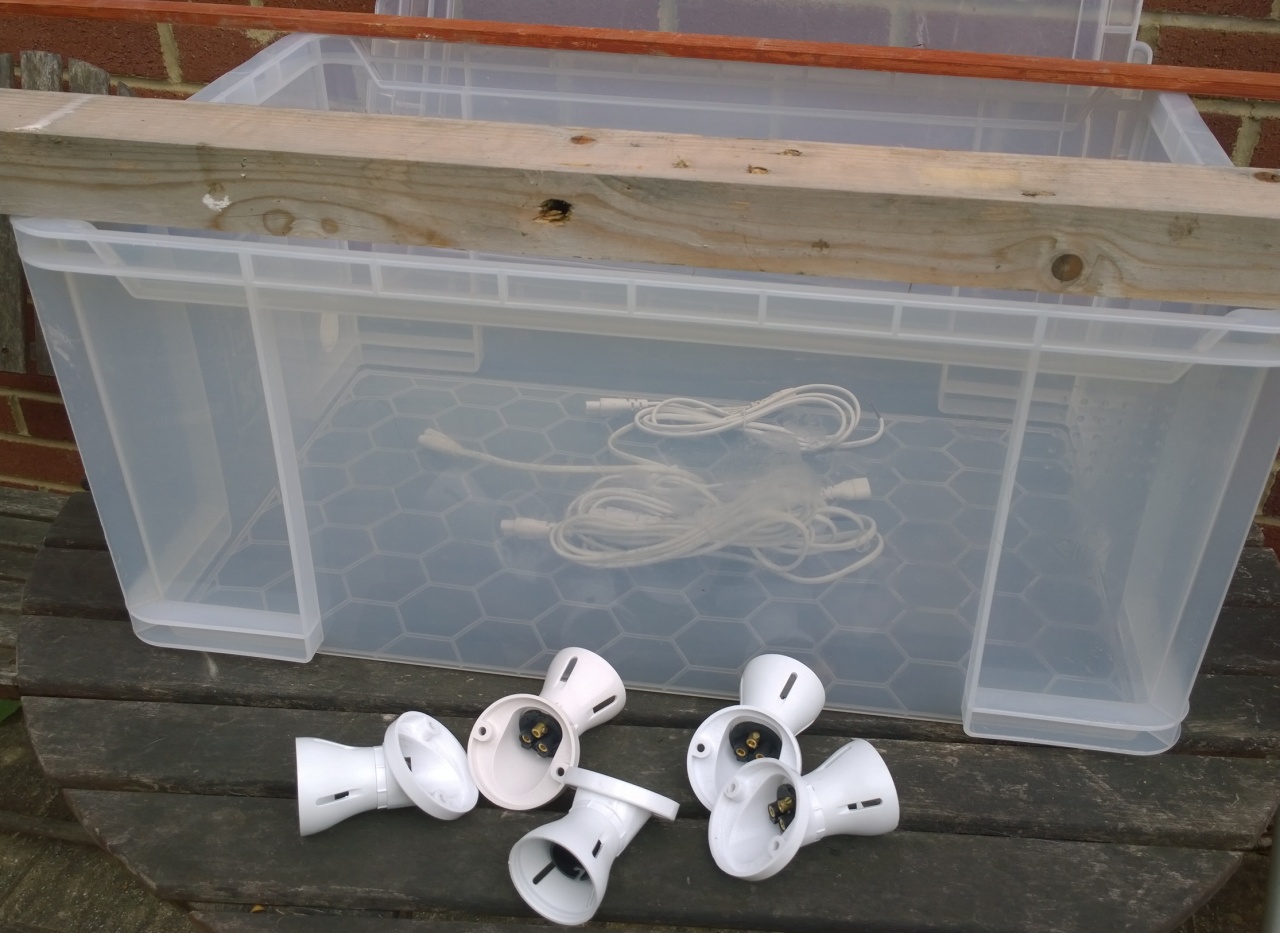 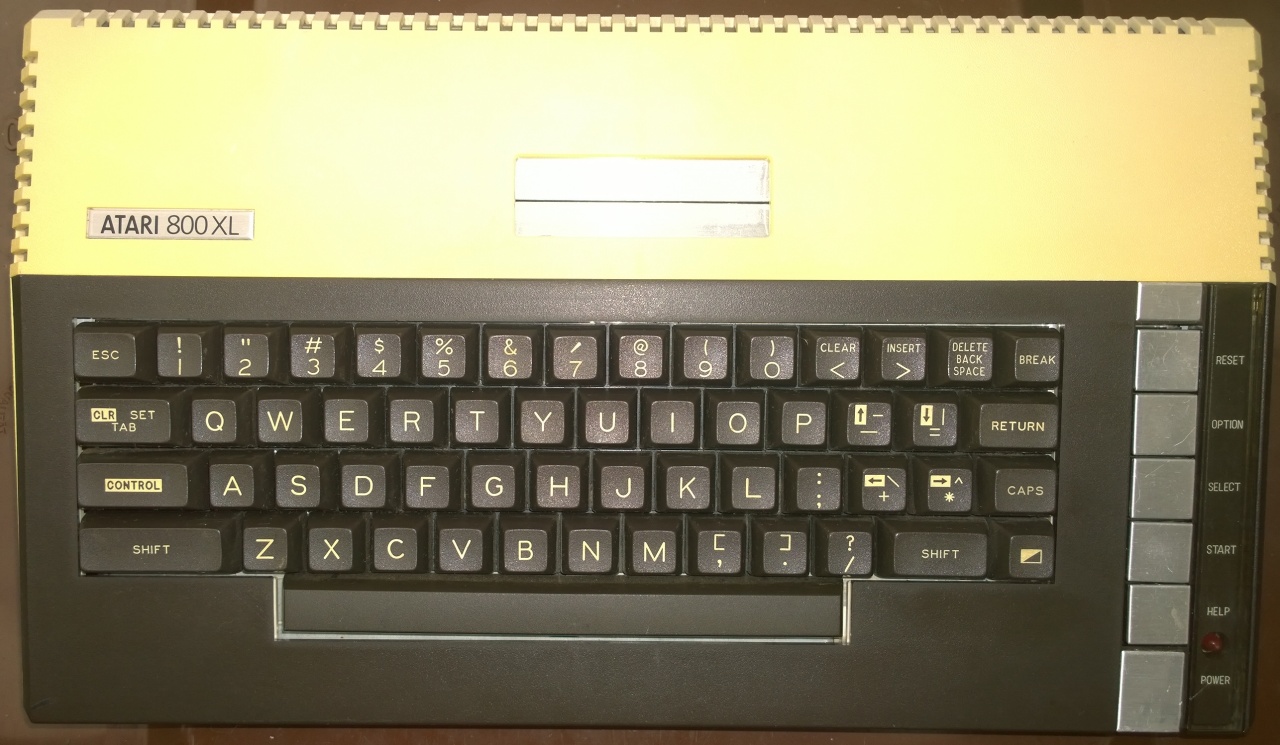 Donated yellowed Atari 800XL.. Not quiet as yellow as it looks here. 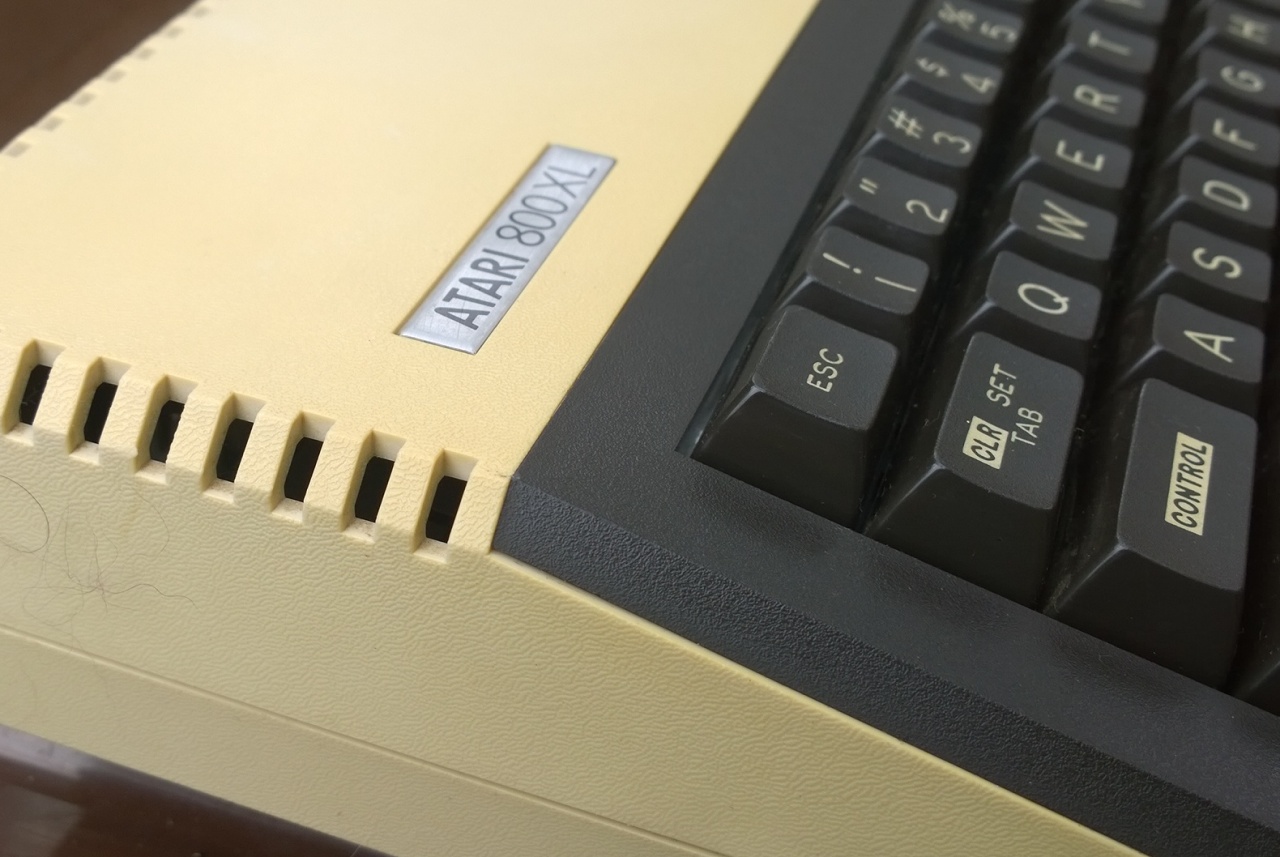 Thats more like it... Just a little darker. ;D

Back to the tank.. Light fittings fit snug into the corners of the box. Aiming for total UV coverage. 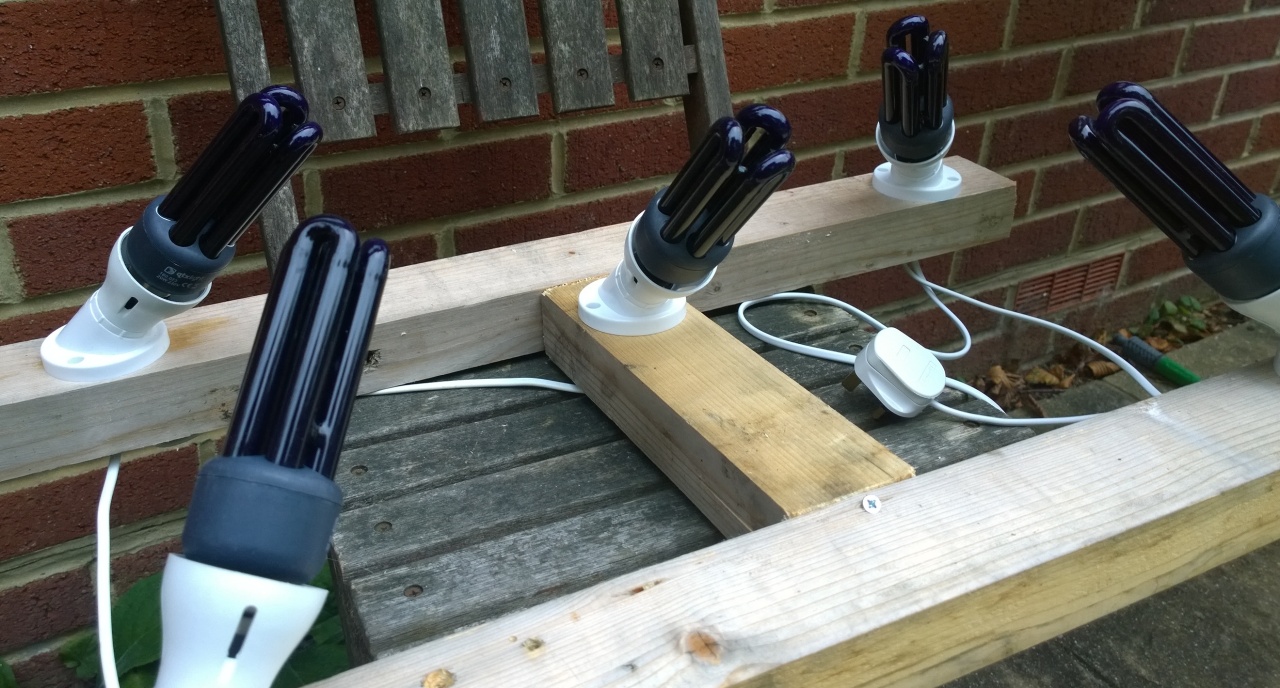 UV lights fitted. I say UV.. You won't be using these to wipe eproms. More powerful version of the ones I've used in the past, so fingers crossed they'll work! 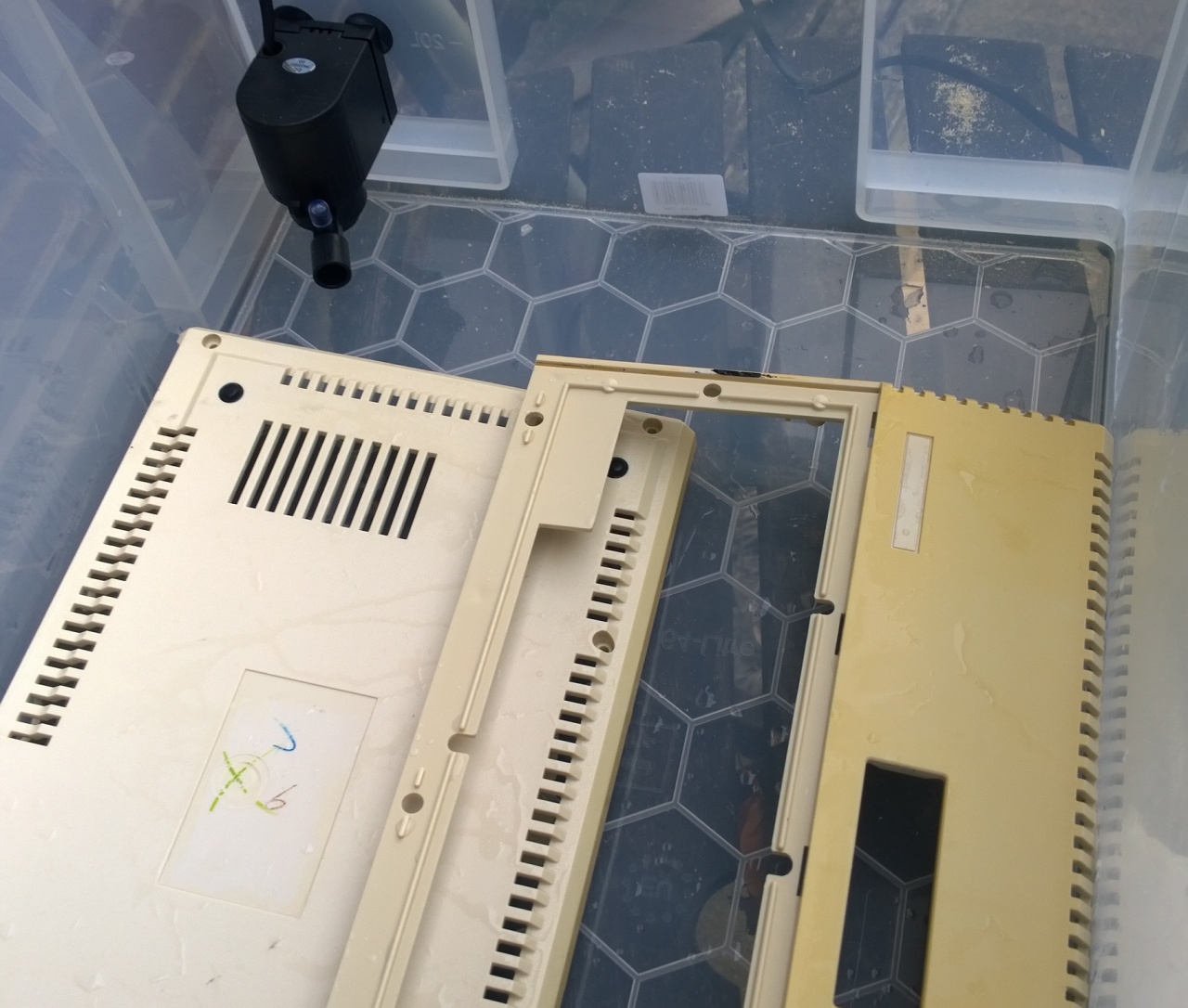 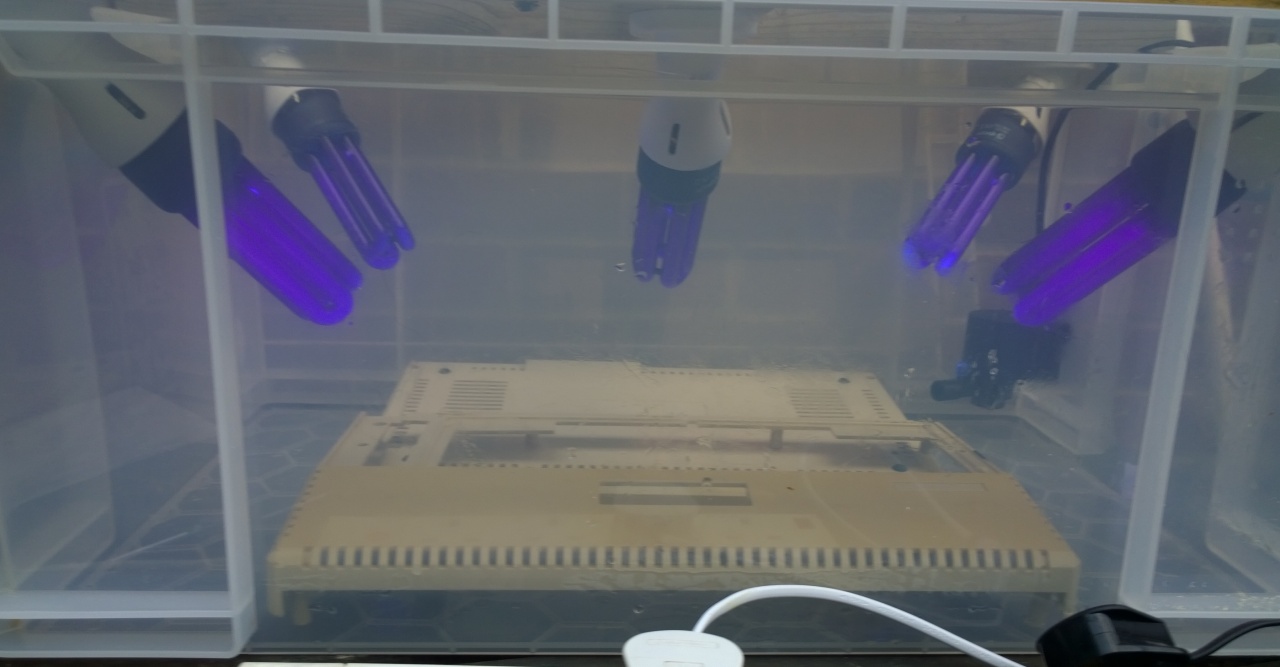 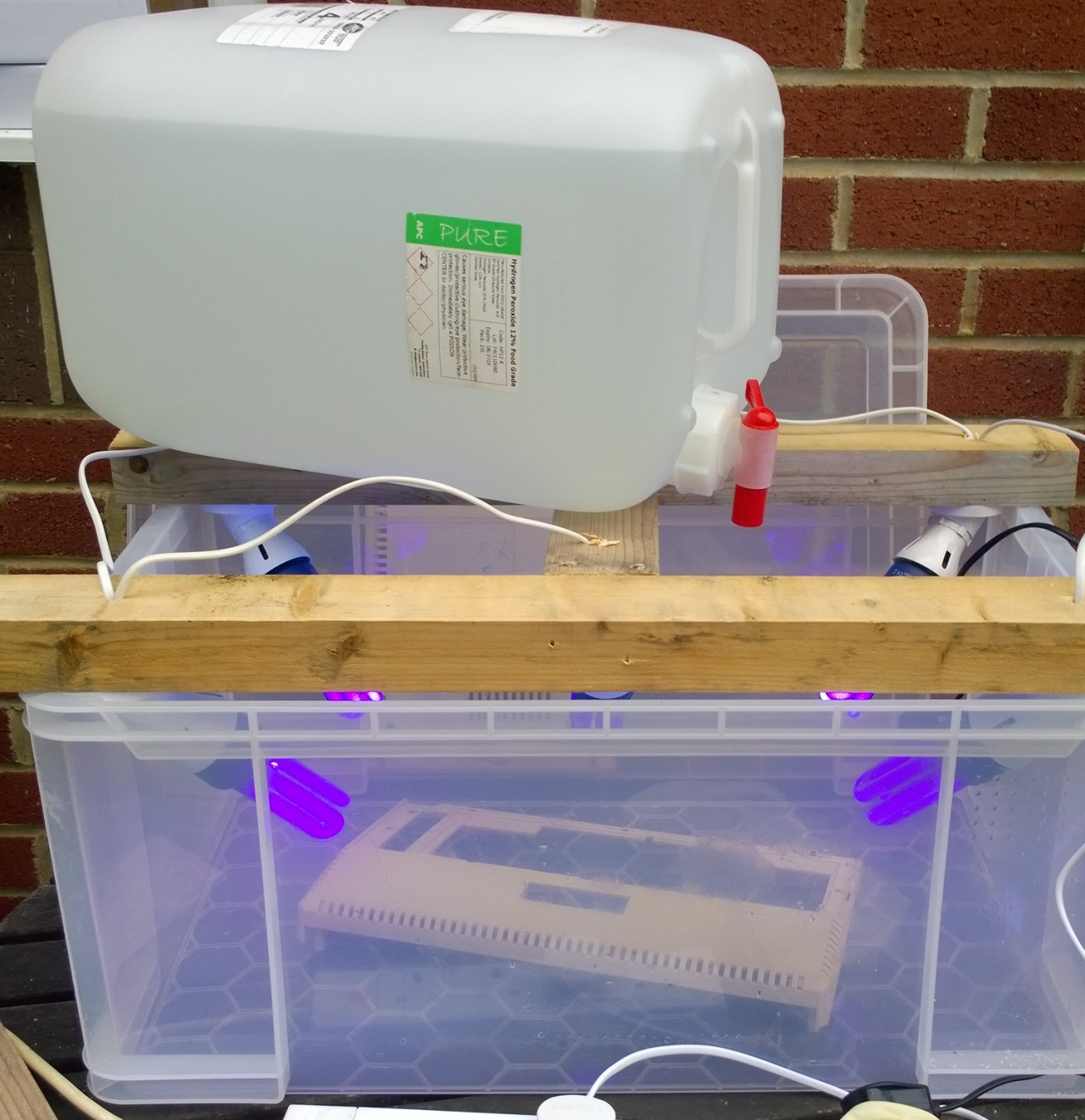 64ltr tub, 5 not so powerful UV lamps and a shite load of Hydrogen Peroxide 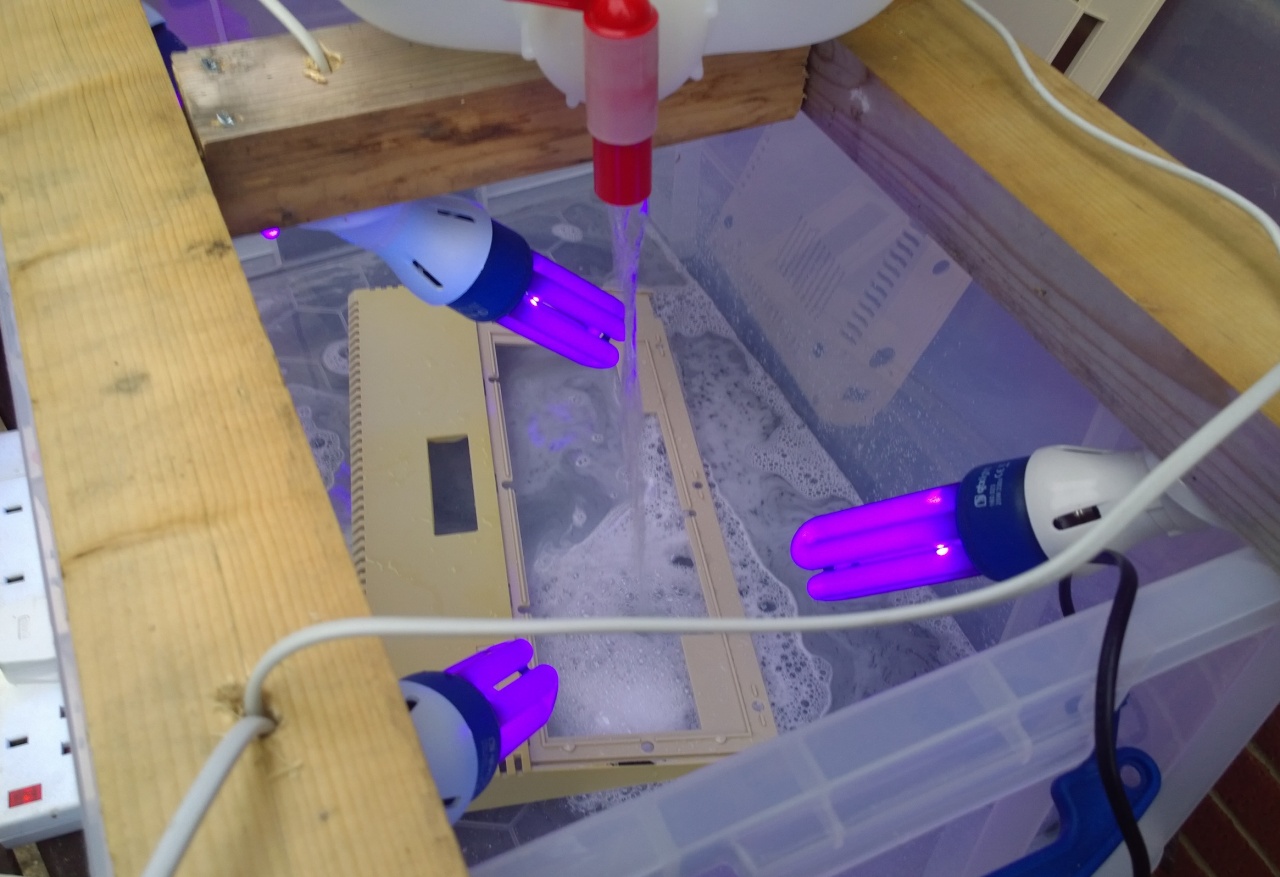 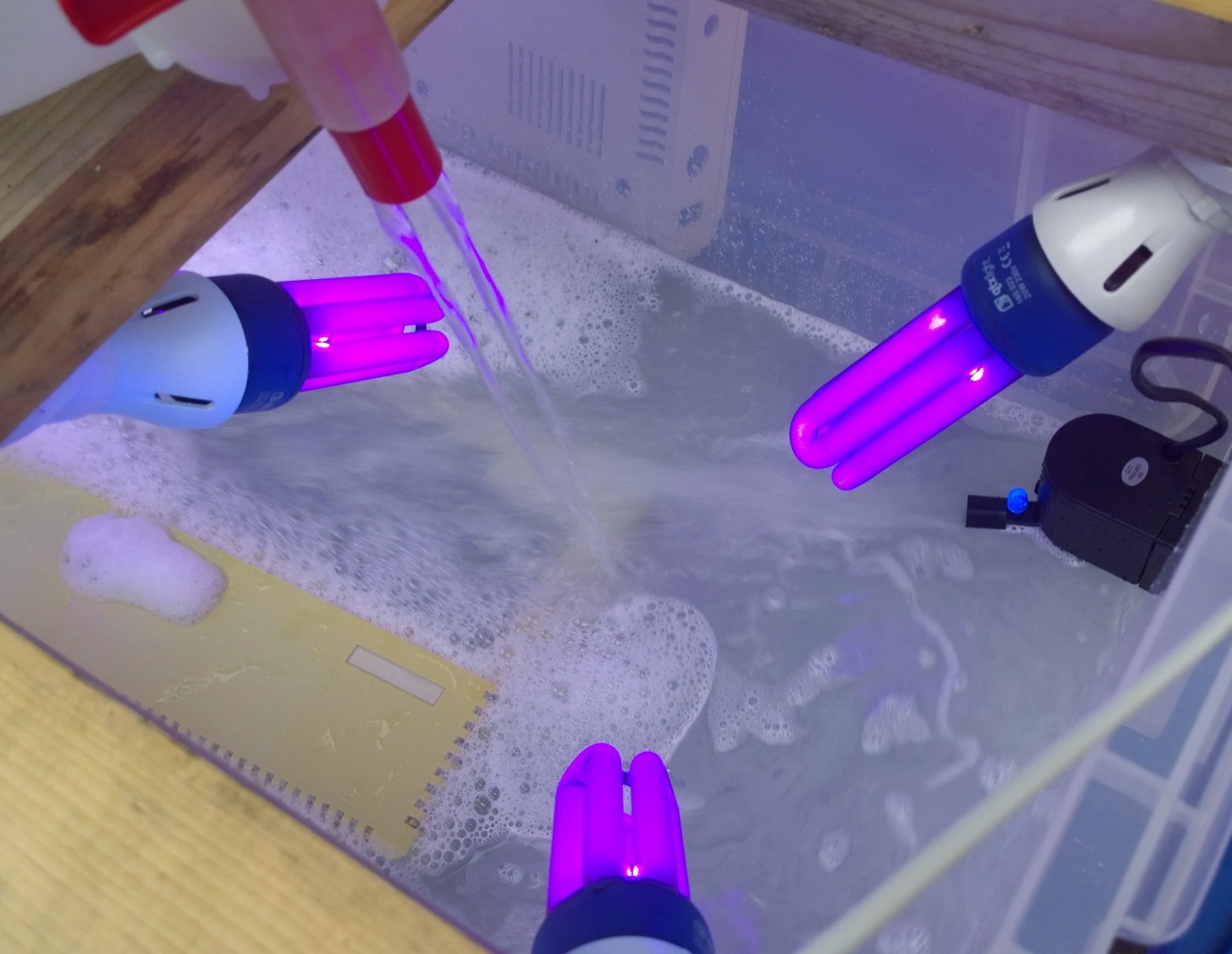 Oooh.. That's a bit splashy. Time to add some thickener. 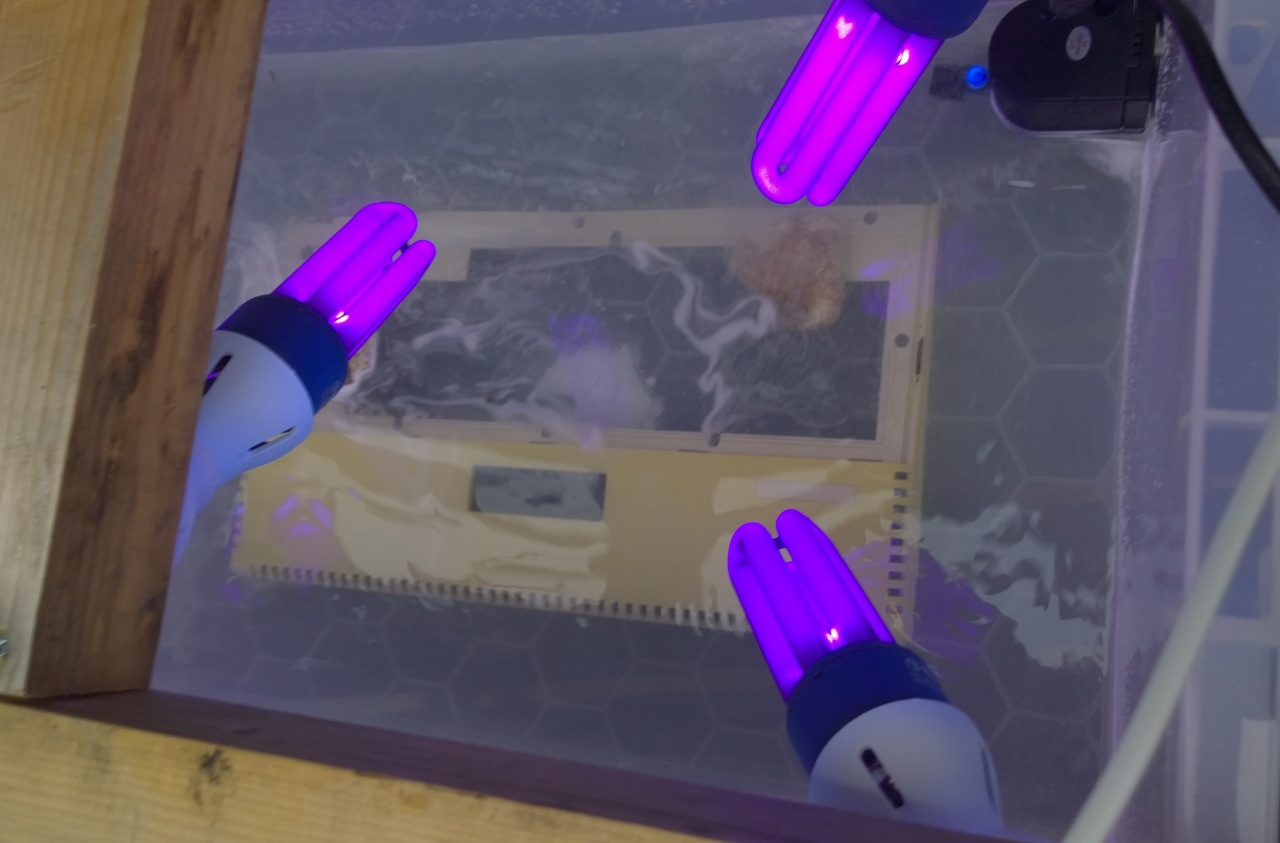 About a teaspoon of using Xanthan gum added.. Calmed things down nicely 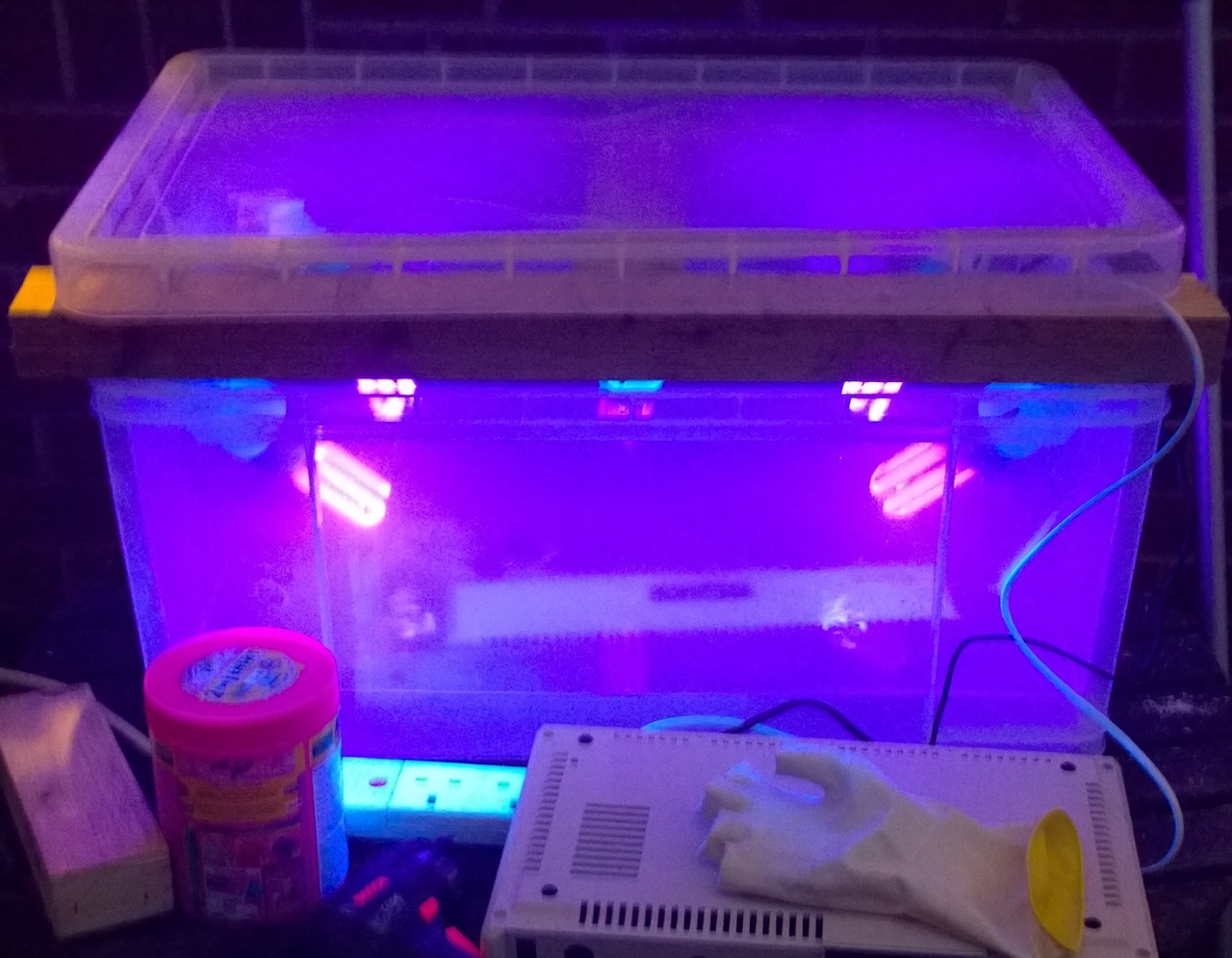 Atari 800XL top in.. Time to leave it for a bit.. Checking at least every hour. (Silver foil added to the outside of box + lid later) 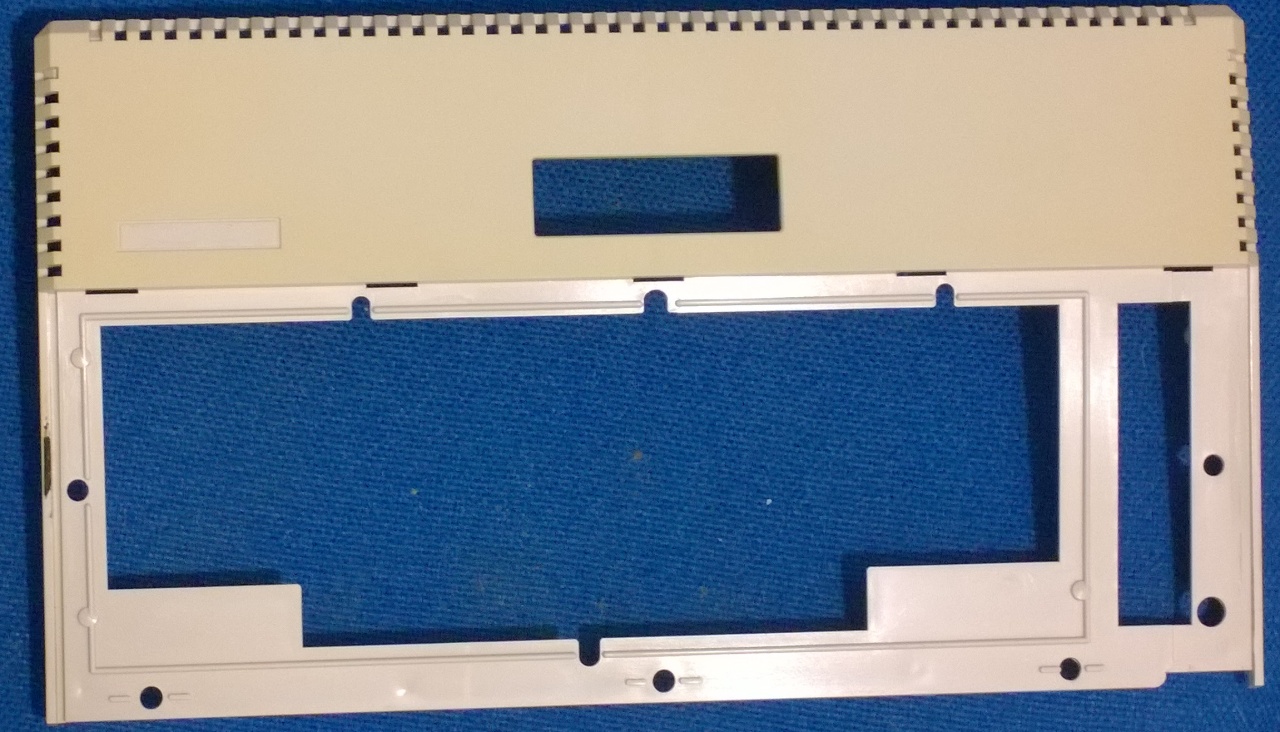 After about 2.5hours it looks like this. Compair the label/keyboard area to the top.. It'll need another go :( 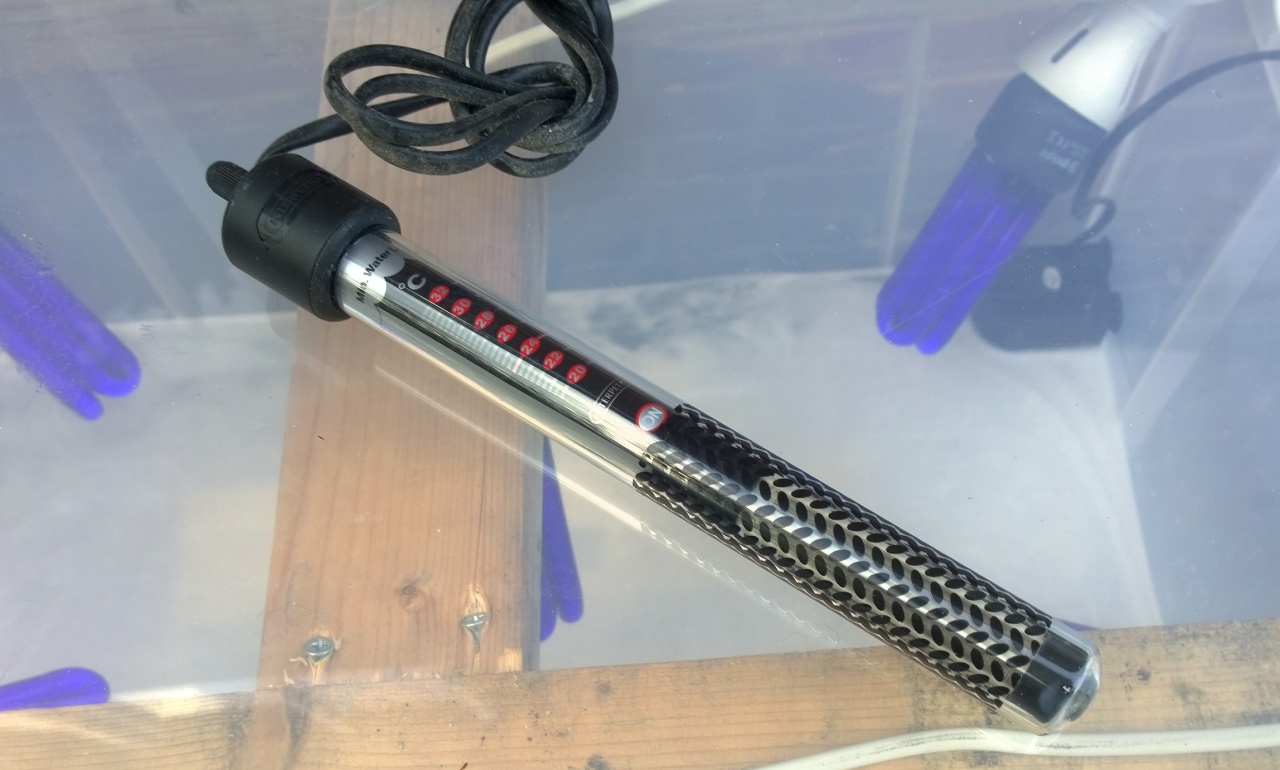 After another couple of hours with little change I decided to find out if heat will help. 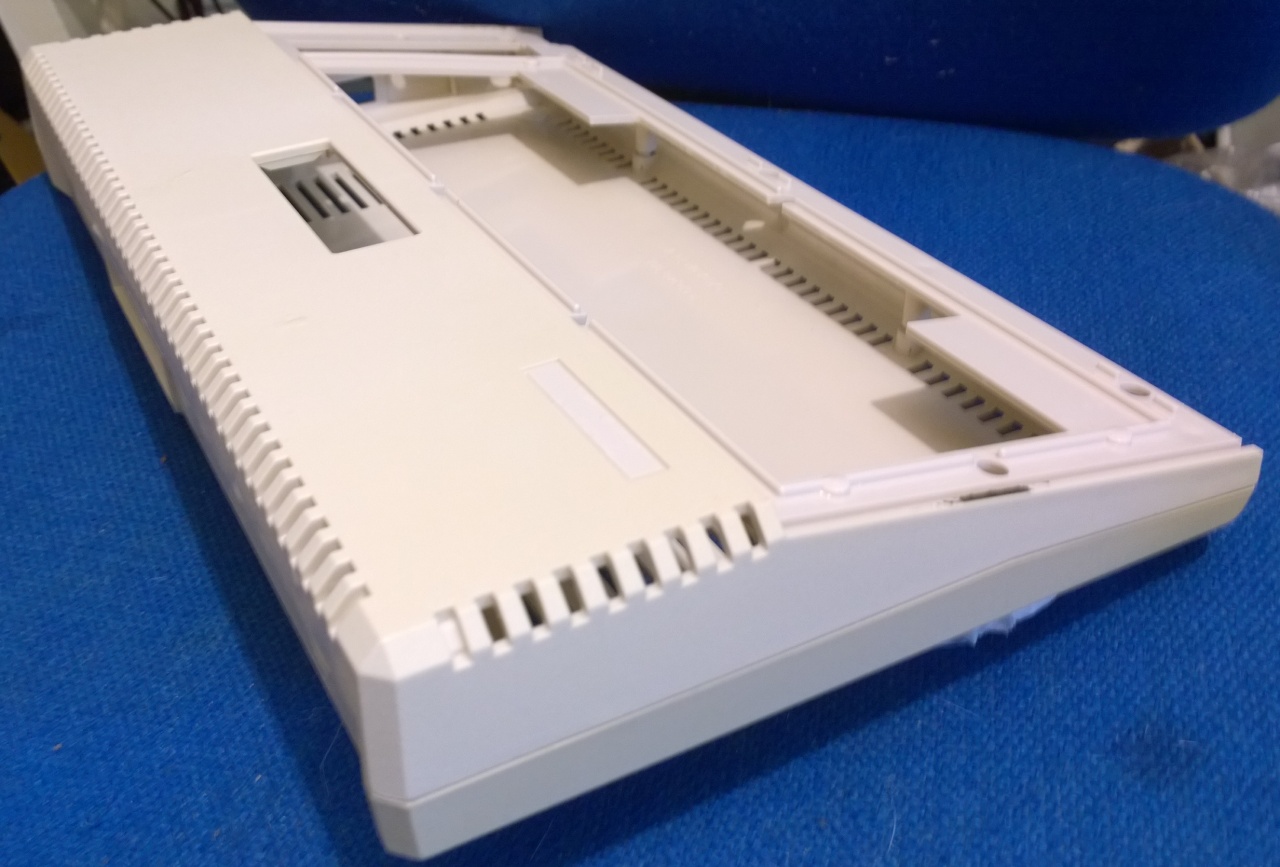 A couple more hours @23c (13c unheated) and the top looks very close to the covered areas. In real life it looks just about smack on. 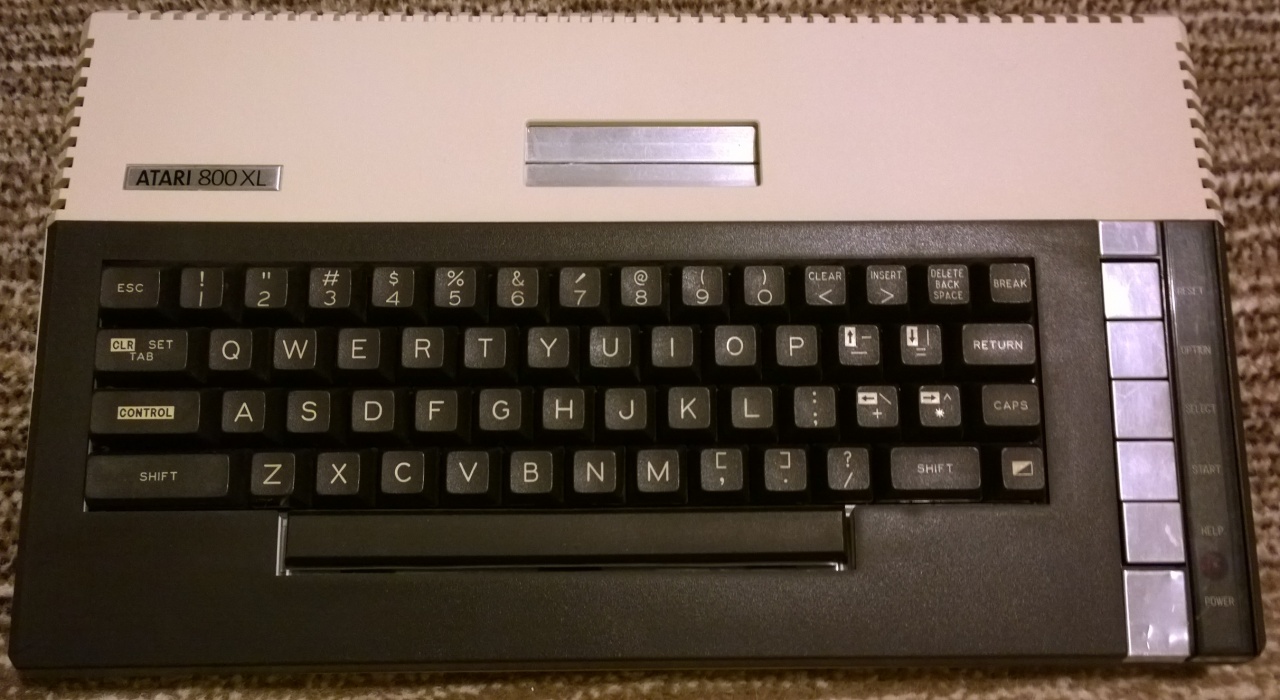 Another couple of hours for the base at 26c and.. Well what d'ya think? 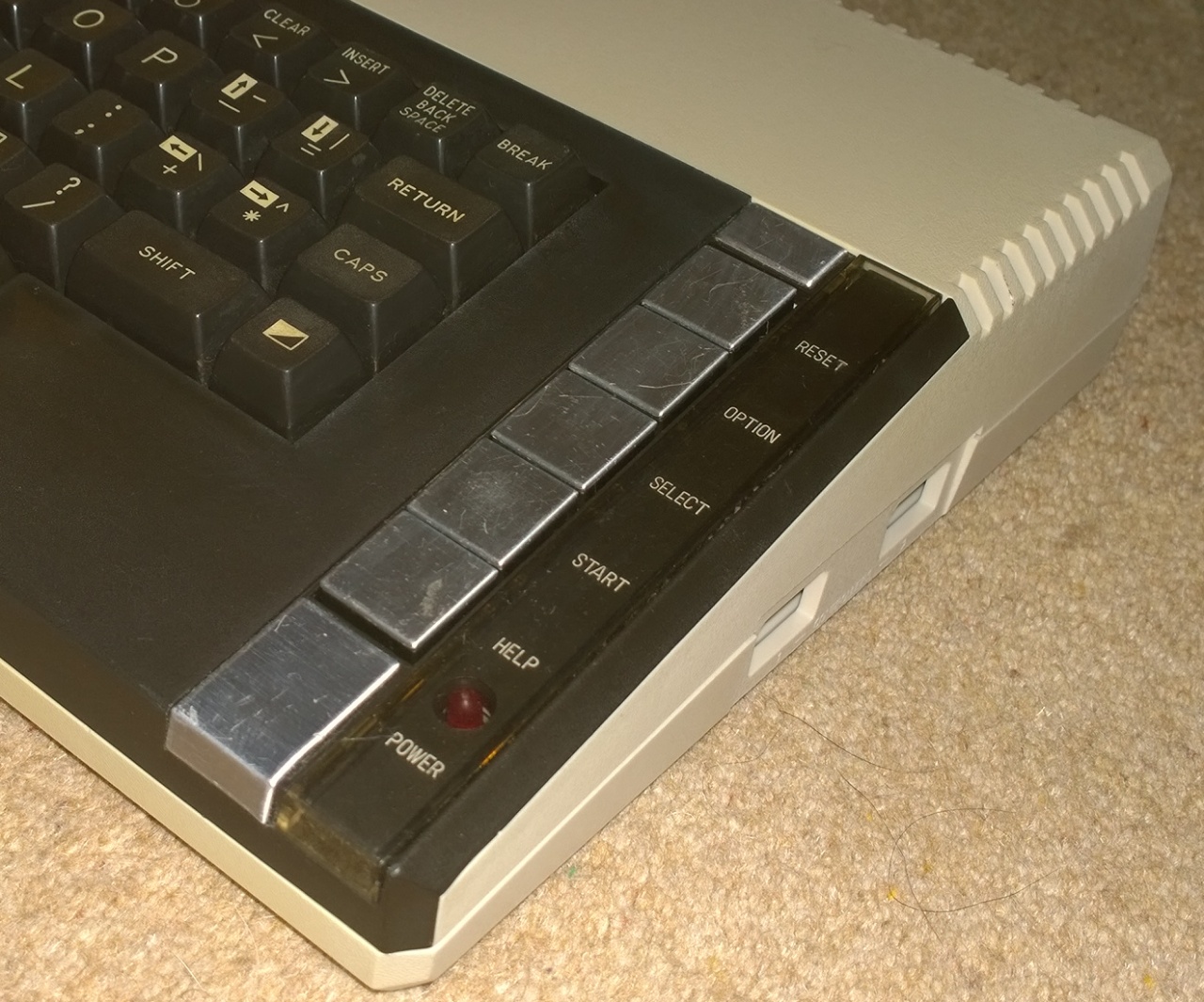 Base matches the top.. I call that a win! 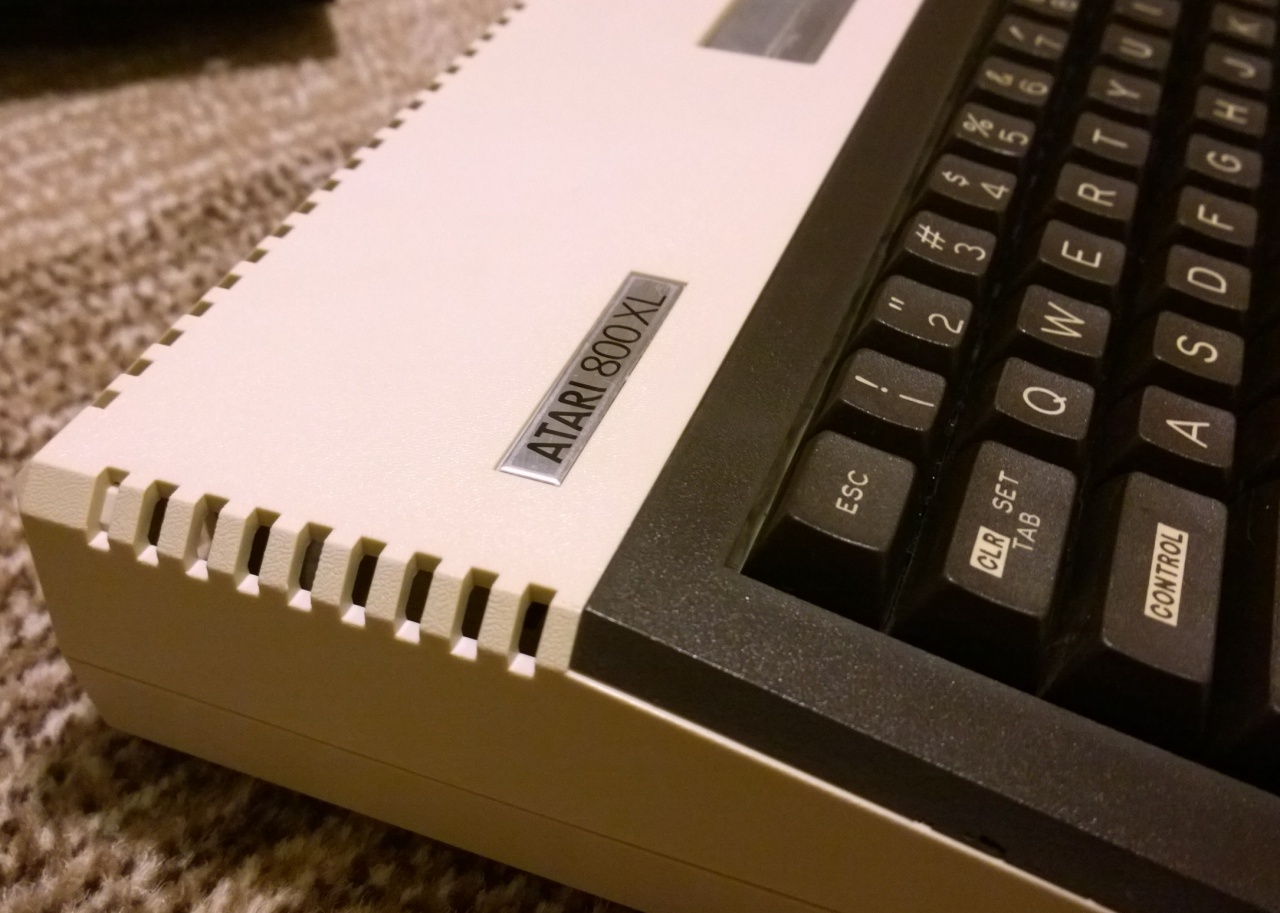 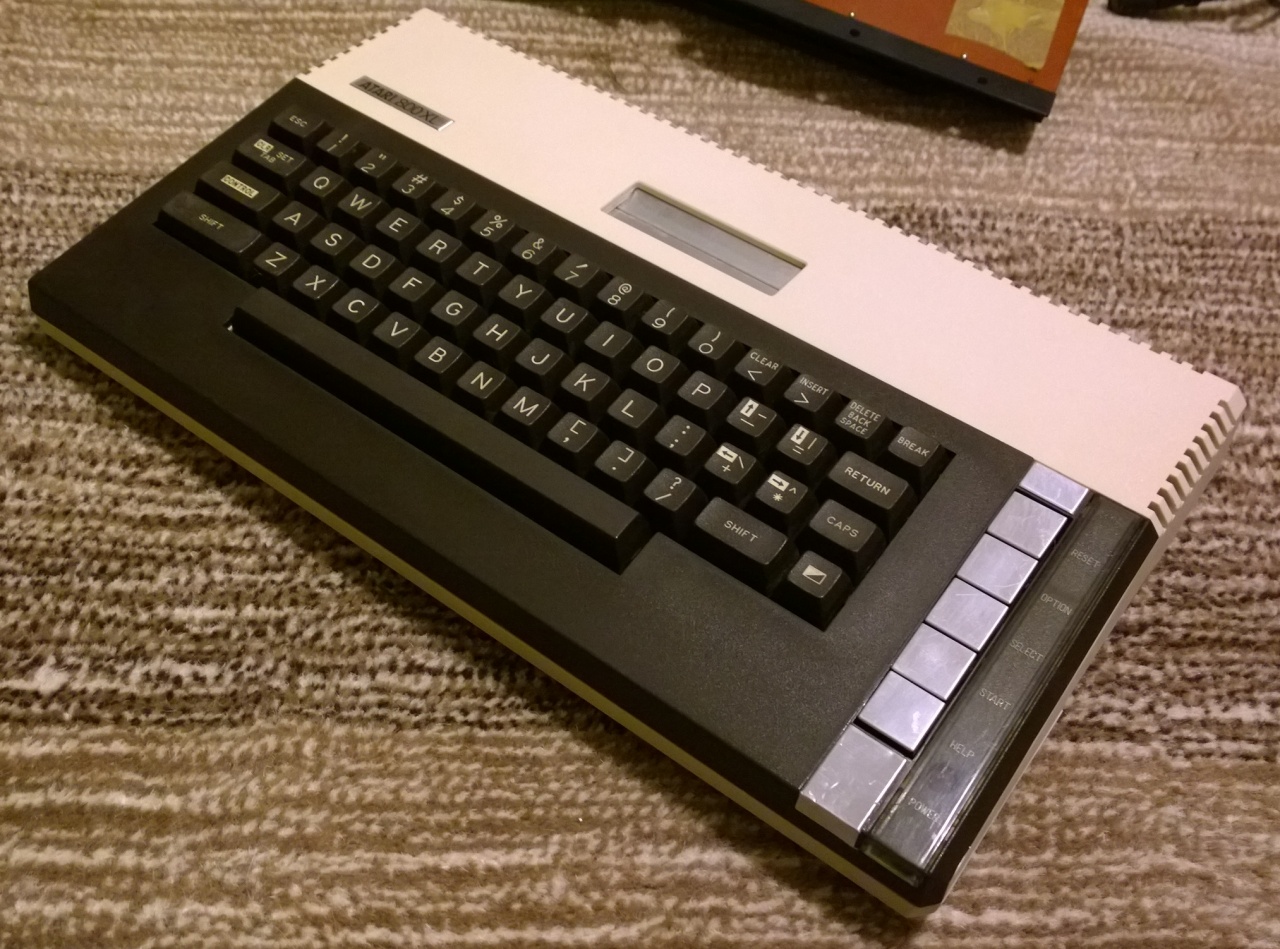 Quite please with that.. Didn't treat the dark plastic or keys. 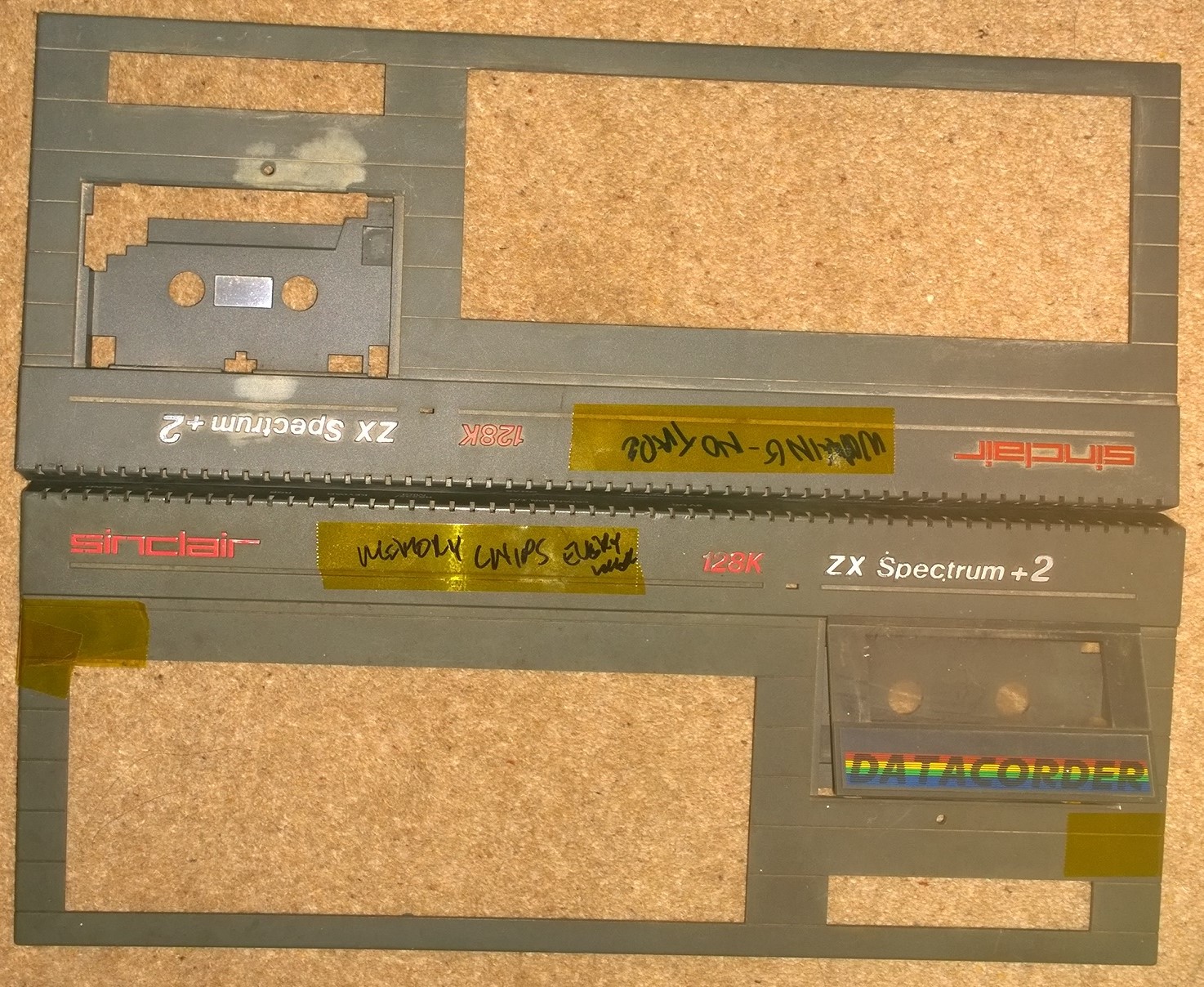 The bottom one of the two has clearly gone yellow. I'm sure the top case is a little yellow too.. But I'll be using it as a reference in the photos anyway. 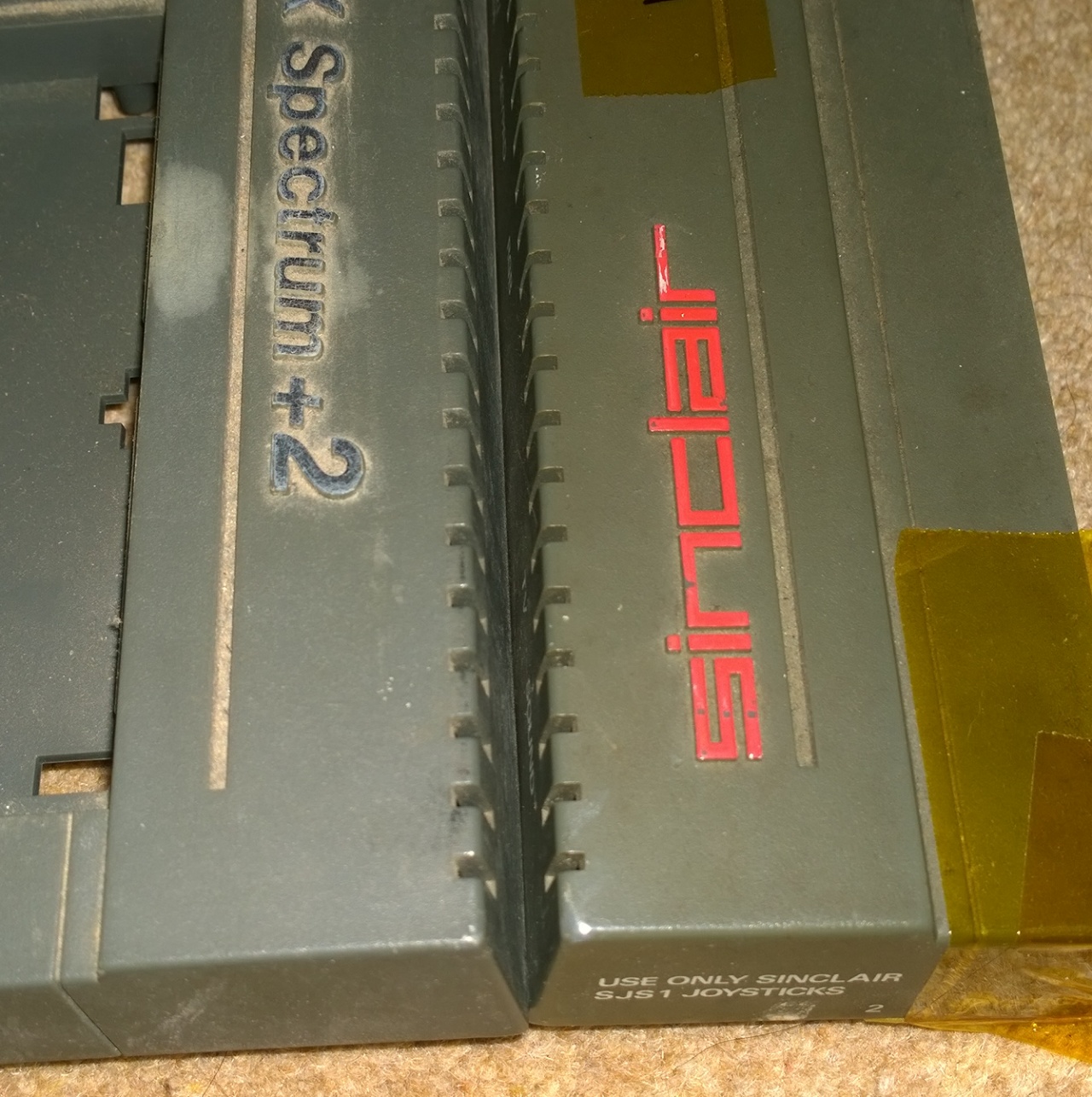 Thats better, you can see it's one hell of a yellowed mess. 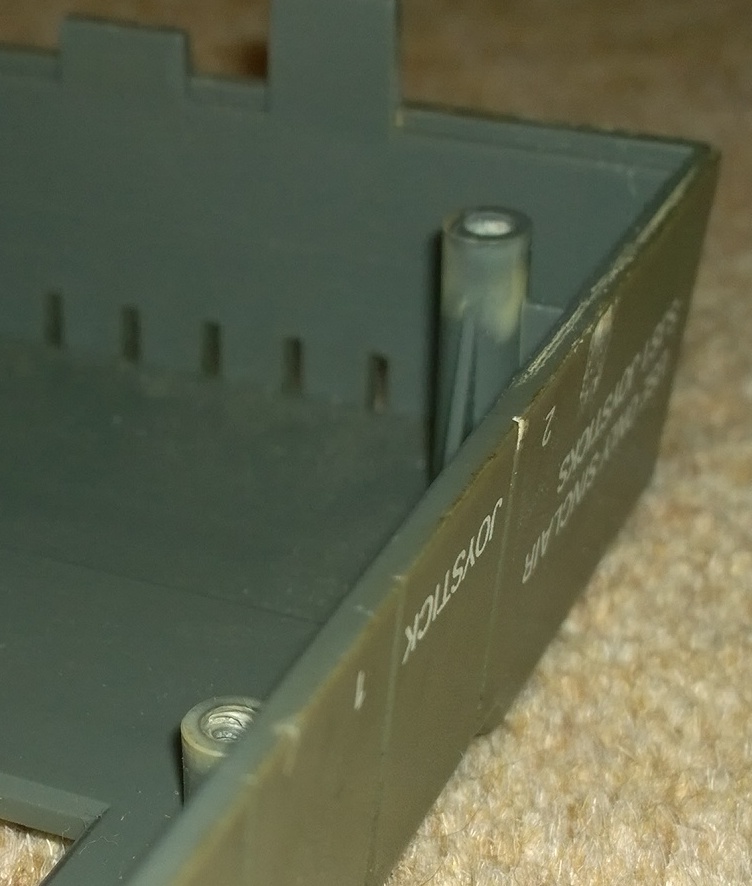 Ear you go.. Let's see if I can get the outside the same colour as the inside

Around 2hours at 26c and it looks like this ;D 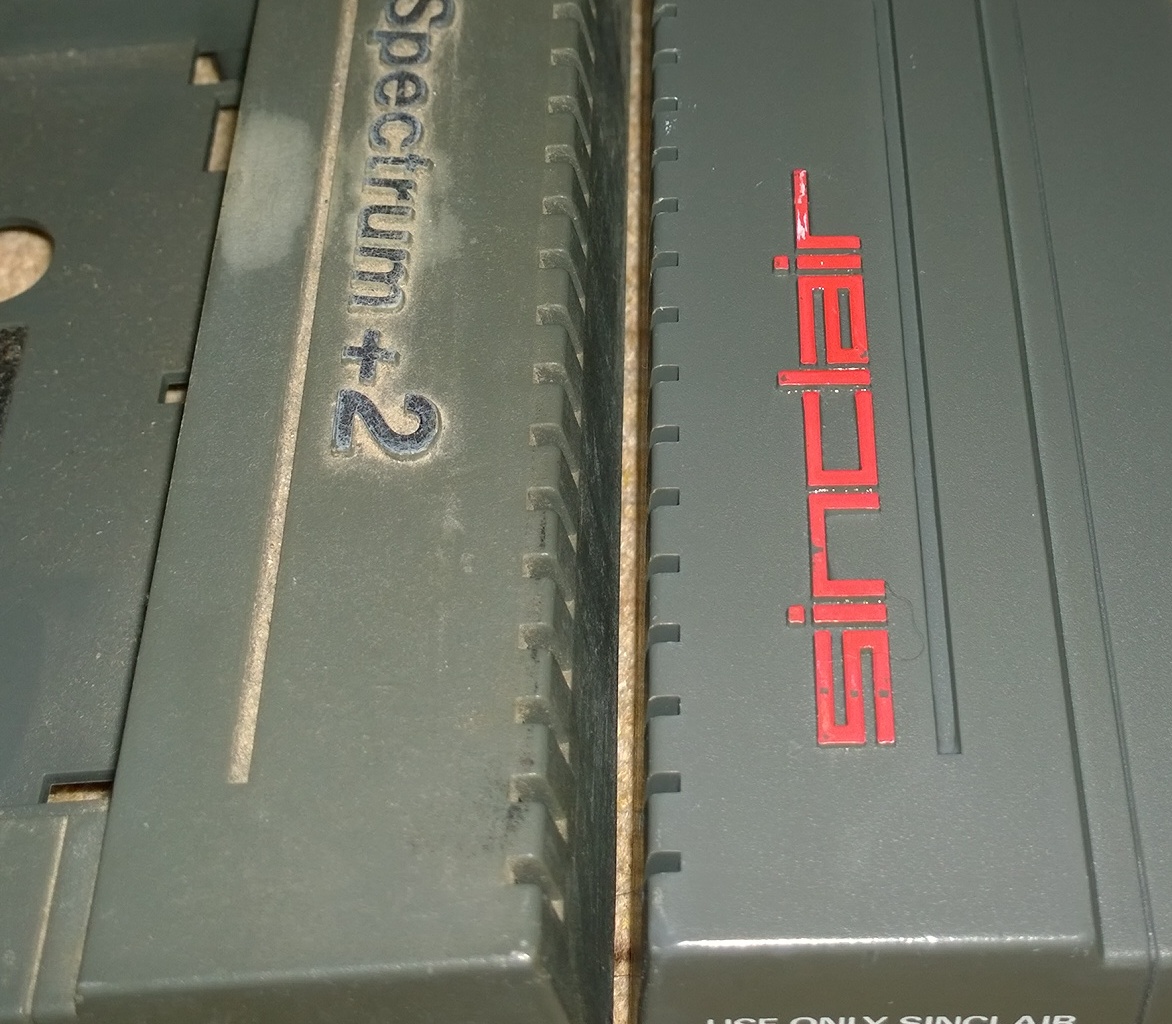 Side by side you can really see the difference 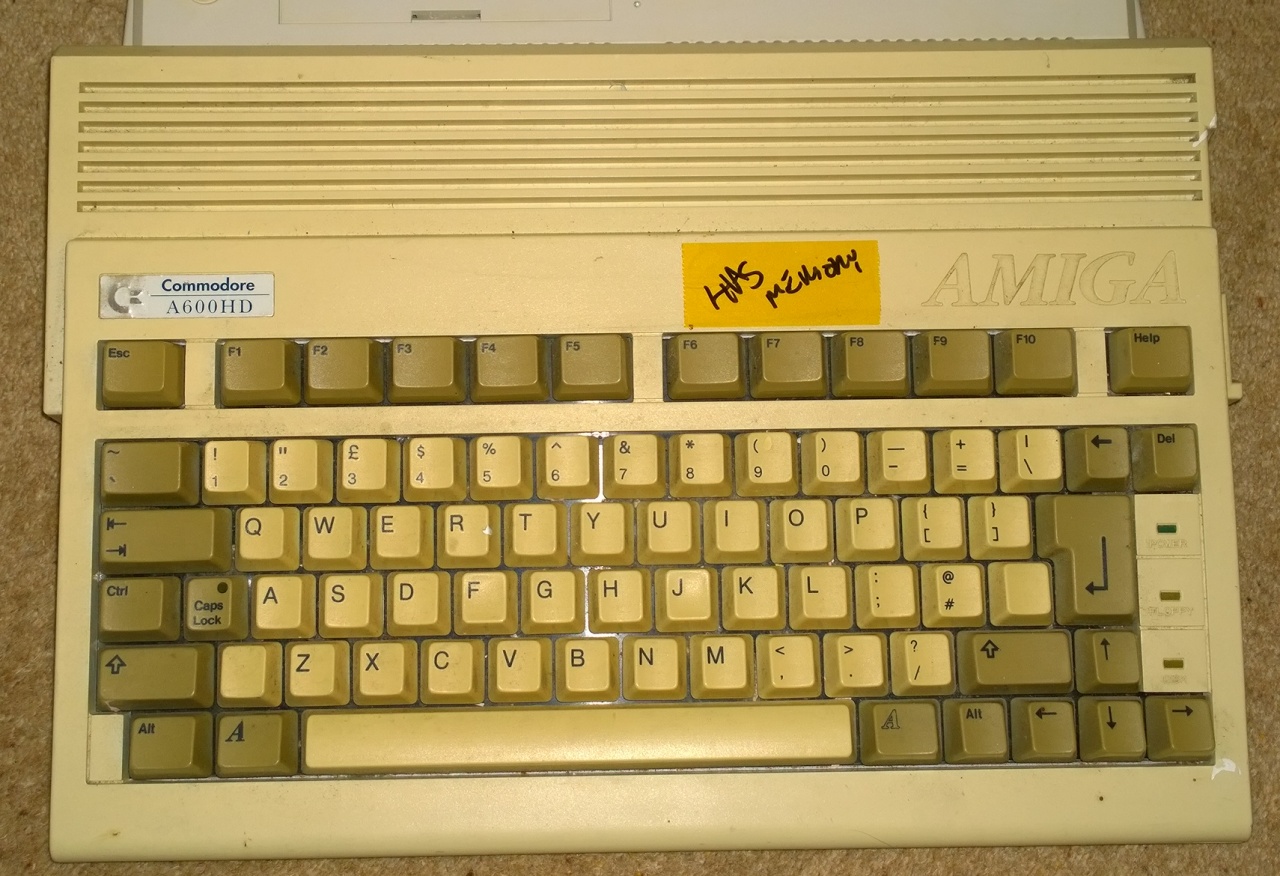 Oh the horror. One of the nastiest looking Amiga 600 I've ever touched 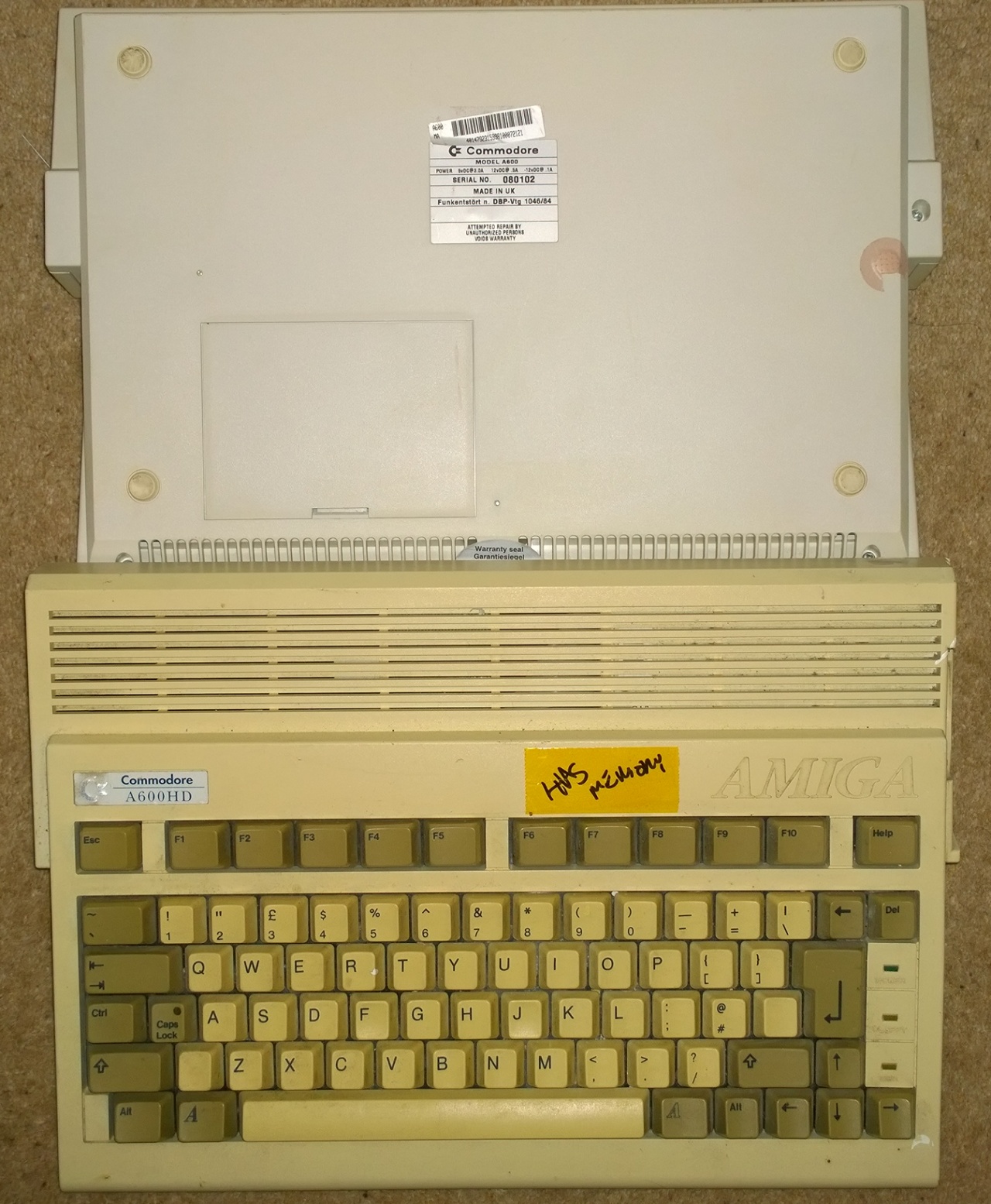 From one photo to the next, the yellowing looks a bit different. Using the base for referance colour.. as it should be completley un-yellowed 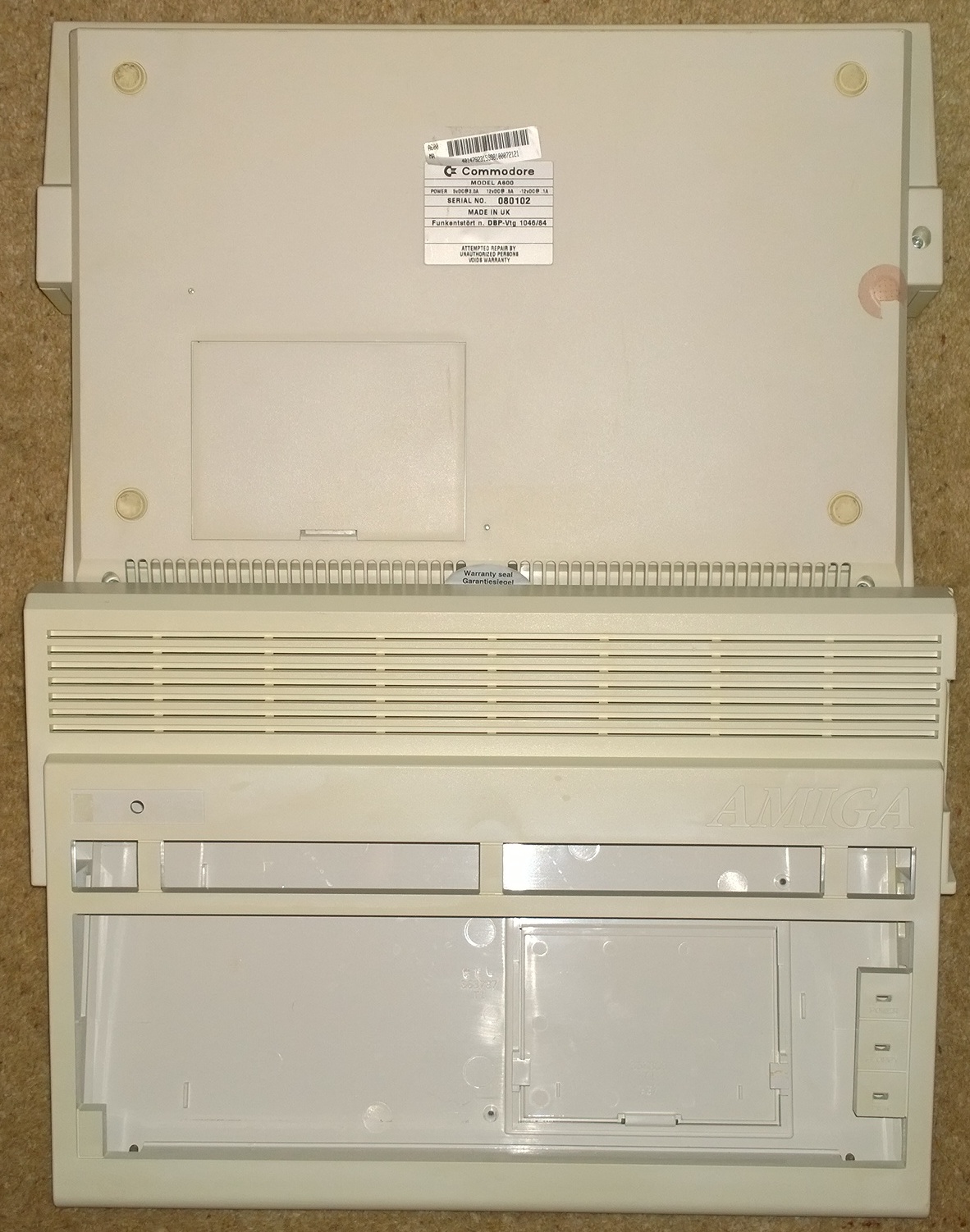 Looks a bit different now. :D Still a slight hint of yellow in the vents. 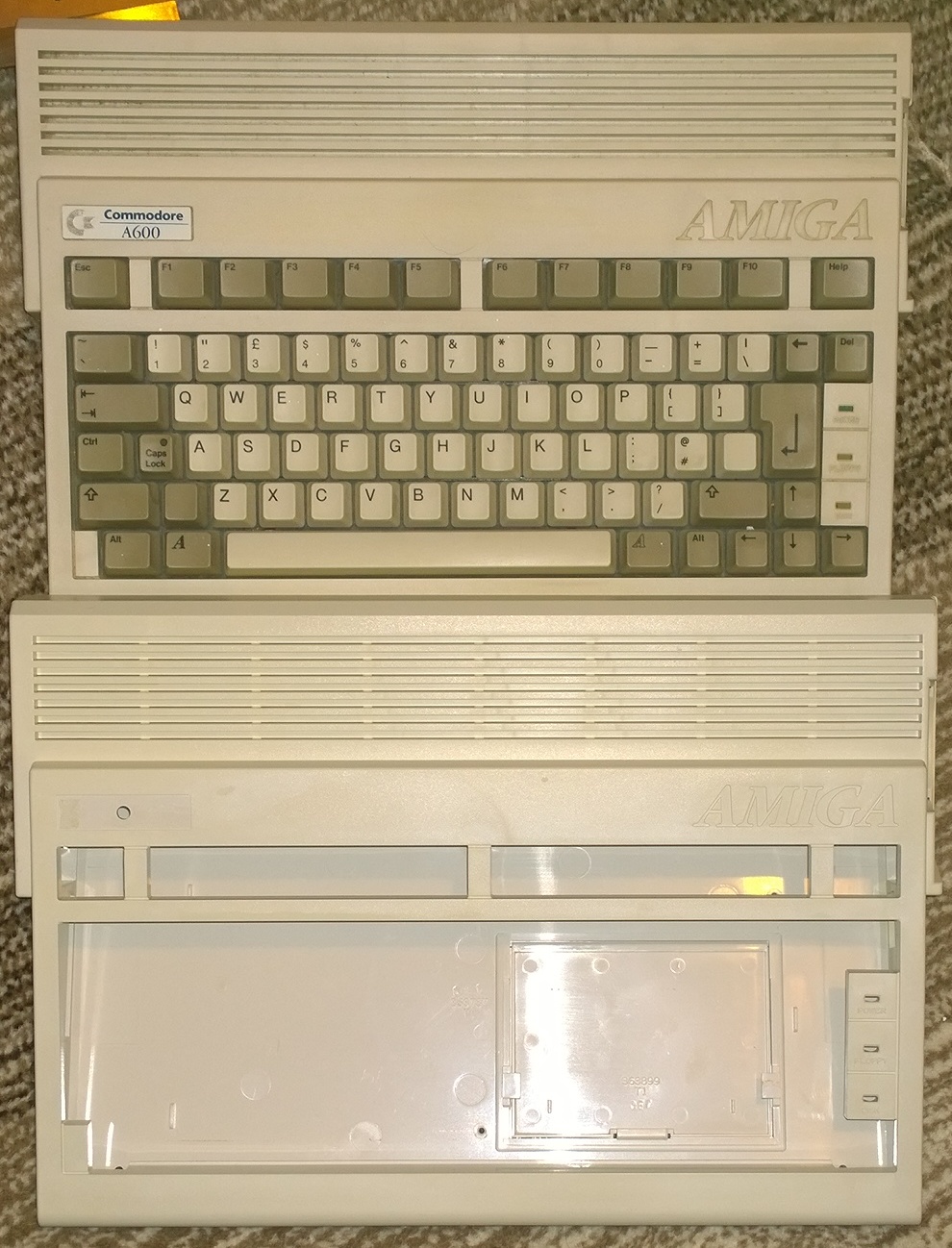 This has taken about 5 hours to get it back to this colour.. Less said about the keys the better.. They've had around 8 hours... Probably need another 8! 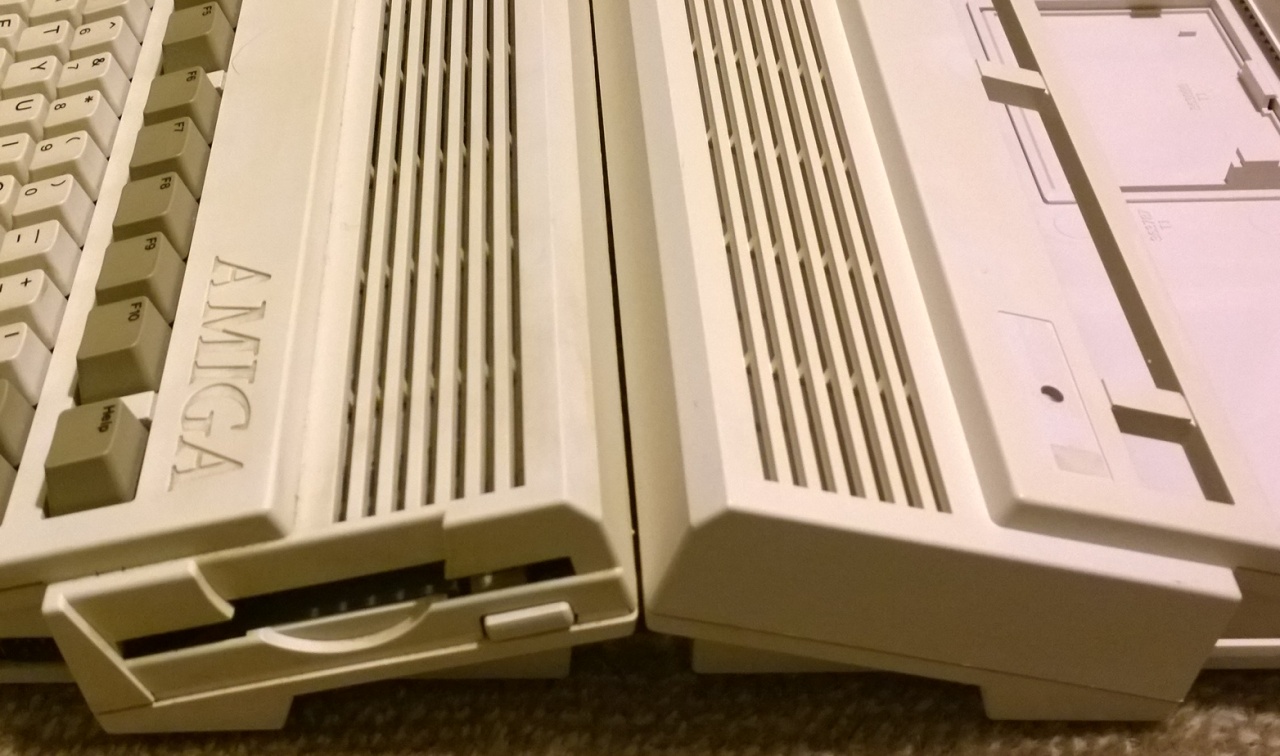 Keep an eye on this page, as soon as I've had a chance to re-setup the Retr0bright bath again... I'll try another 5+ hours with the keycaps 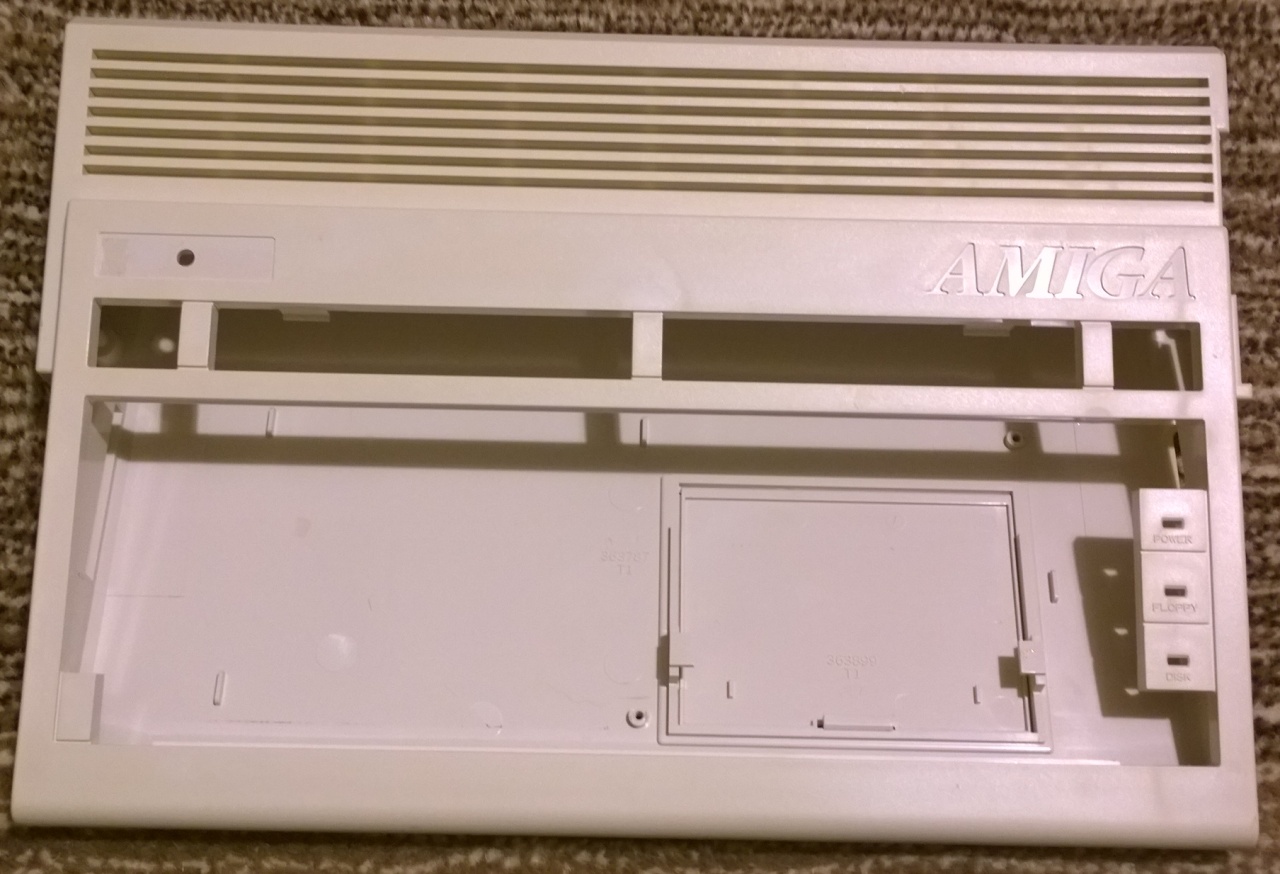 Overall.. Not too bad, but keycaps seem to be a pain in the bottom.

Is it worth it? Well yes, but I wouldn't advise anyone should even think about trying this. You'll burn yourself or your kids or your pets!

Using many litres of Hydrogen Peroxide saves you burning your stuff due to drying out, but it's not all that safe compared to gel.

You need plenty of UV and at least 25c for quick results and don't forget a pinch of Oxi ;D