I try to avoid repairing things these days as spare time is a thing of the past.

But when @ChinnyVision asked me what was the best VIC20 to get, I said one from me :D

As Chinny already has a C64 setup, I thought he'd be better off with a VIC20Cr rather than my own favourite the earlier two pin PSU versions. And as it turns out, I may have 1 million VIC20's but only 2 CR's. One has been turned into a Penultimate Cartridge tester, the other was #Broken.

This VIC20 powers on but with no picture and as you can see its filthy and yellowed. Well I may as well try out the UV tubes I've had sitting around for a while.

I managed to pick up a bunch of powerful UV tubes before I found out they're a bit of a funny length.

Ok so, the electronics are a bit exposed now, it'll be fine! :D 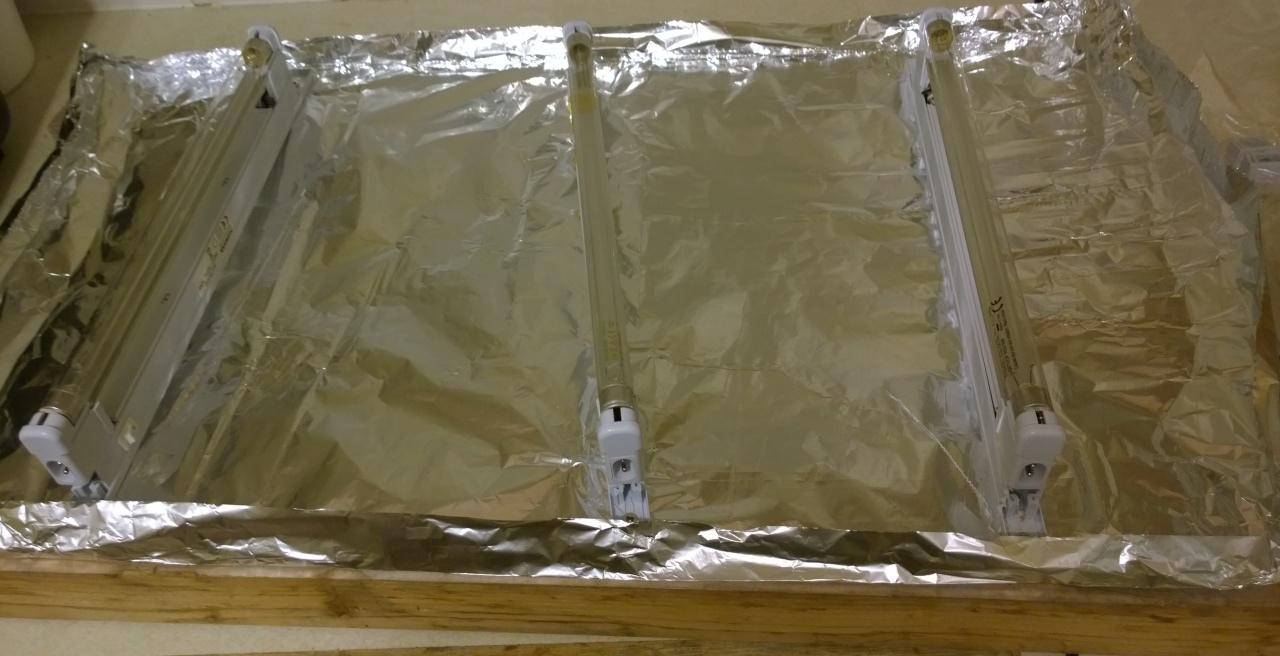 If you haven't guessed already, I'm re-using the Retr0bright setup I used last year. Wires are in the way a bit, so I ended up fitting them all at an angle.

When you see people post Retr0bright stuff.. I feel too many are selective over what photos they show. Flash, artificial light and Photoshop can make Retr0brighting look like a good idea. But to be honest, I think if you use the 'Gel' method you are going to scorch the plastic. It kinda goes like chalk.. Also some of the quicker methods seem to return to yellow in no time.

I bet you 8p in real money, most people just post a picture 'before' with flash then 'after' without :D Anyways, back to what I was saying... Over the last few years, I've found that the stuff I've done by submersion doesn't seem to go yellow again any time soon. The stuff I did with 'Gel' screwed the plastic.. It goes dry and chalky, and best of all.. seems to want to go yellow again in no time at all. 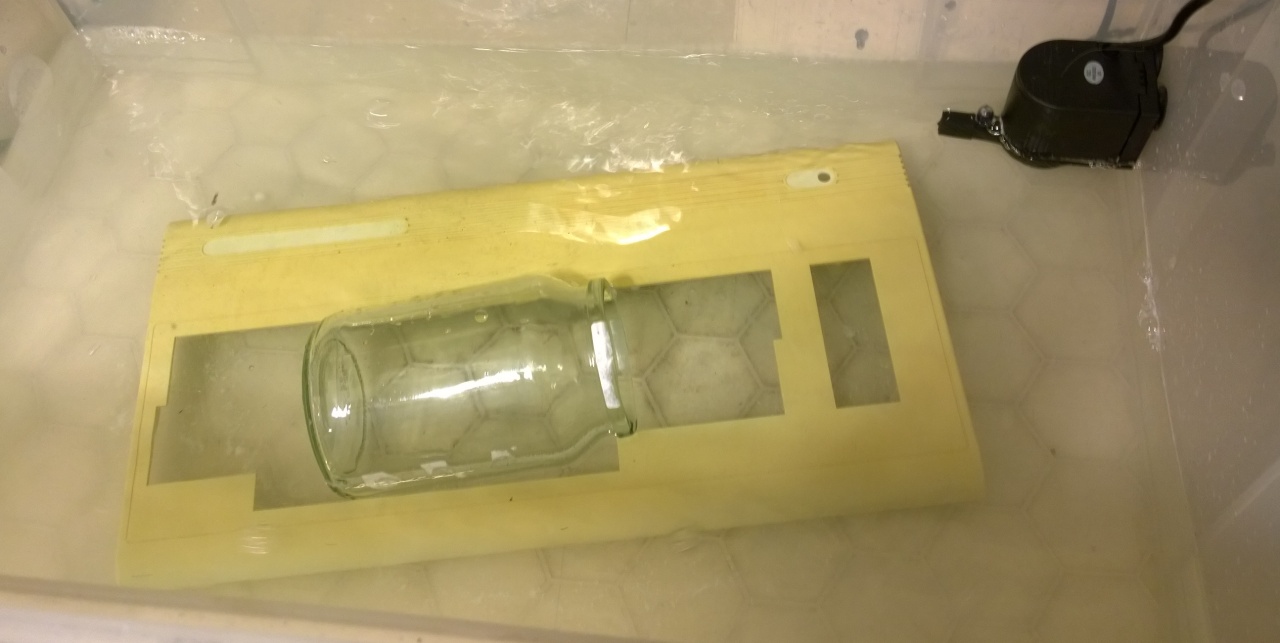 Looks safe doesn't it. Well it isn't. This stuff will burn your skin in a few seconds. And the UV I'm using will screw your eyes without protection. Pump running, glass jar to stop the case floating to the top, drying off and damaging the plastic. 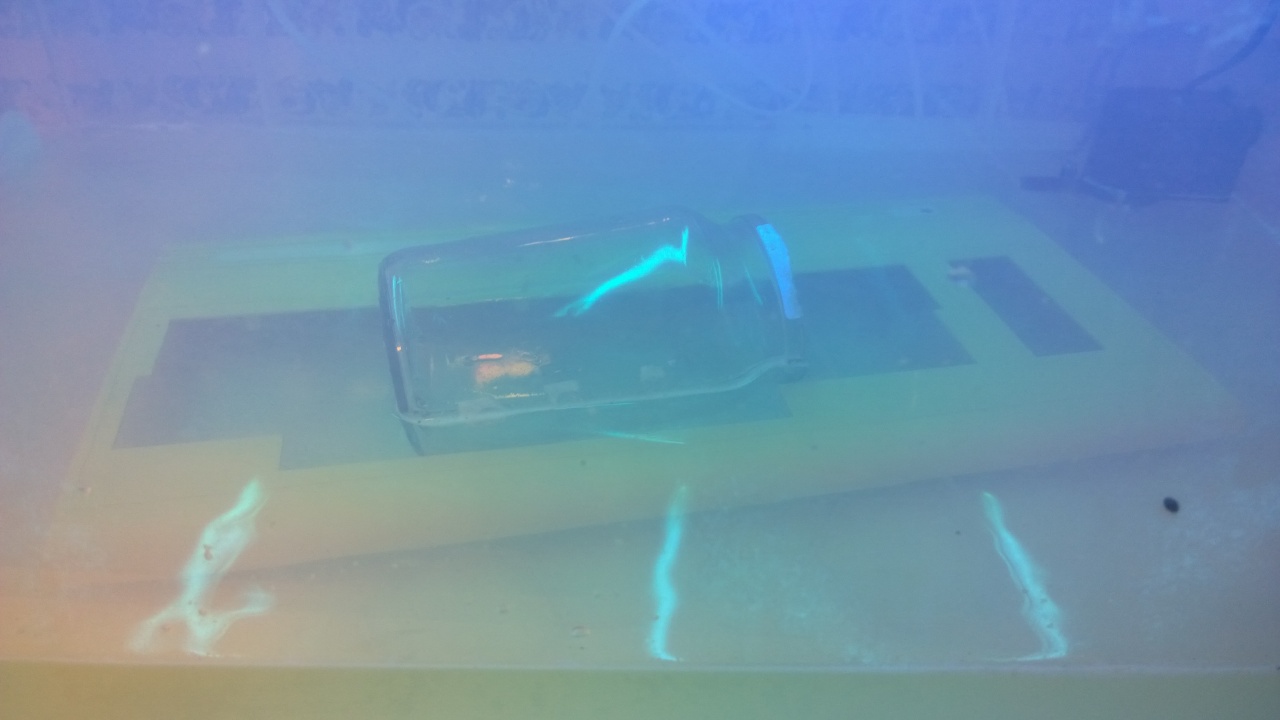 I'm guessing, but I'm quite sure no damaging UV can get through 3mm of plastic 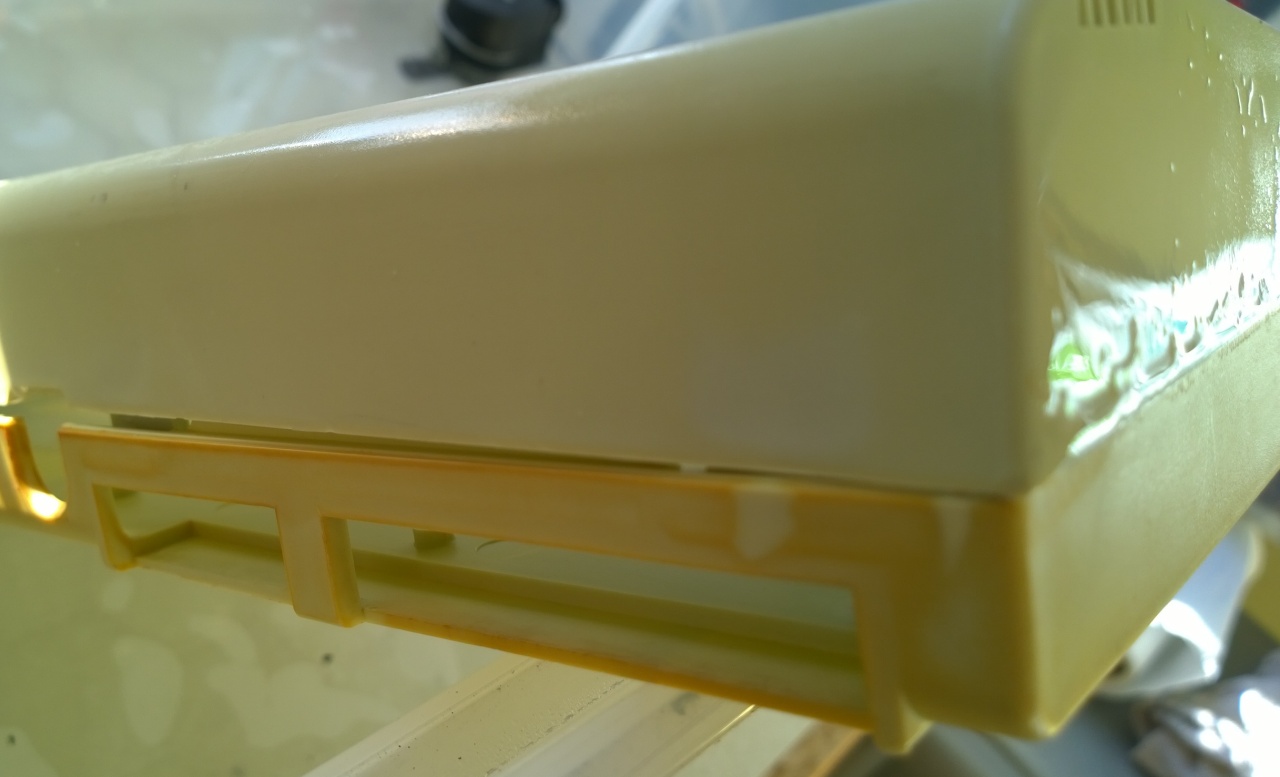 Progress after a couple of 3 hours maybe? 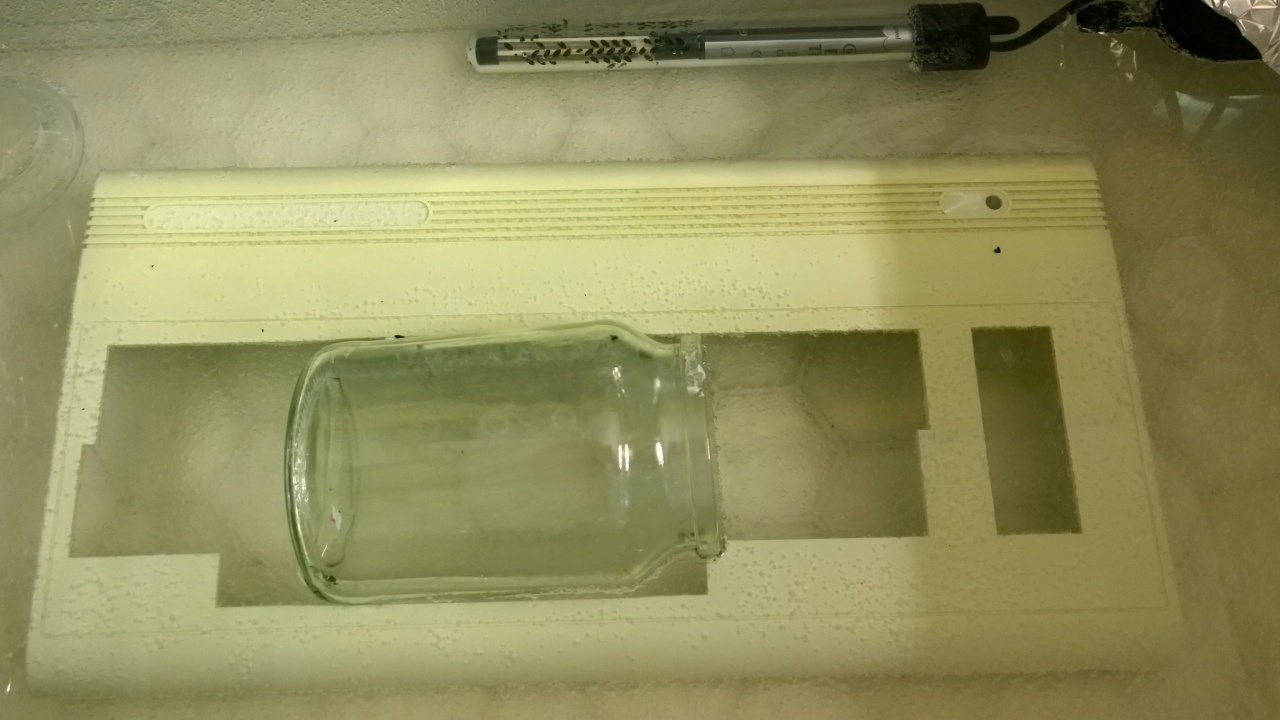 Right, she's back in with a little added heat. Running at approx 26.5c

Ear you go. Outside in the light as believe it or not, my lights have failed in the kitchen. Just about everything in this place is breaking on a daily basis. Don't talk to be about it's plumbing!

The top came out better than the bottom. But overall, for a case that's not a1 anyway (it's got a crack in it) it looks way better than it did 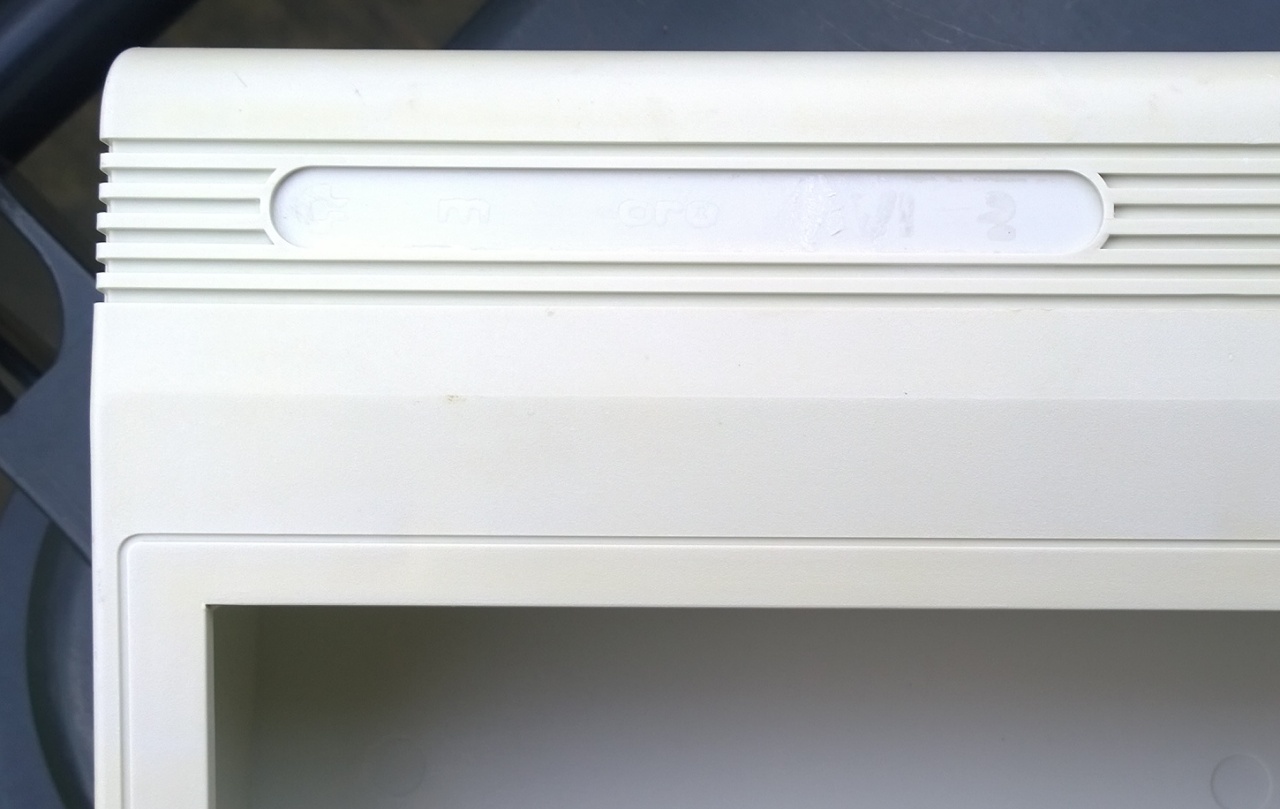 The inside of the case and under things like the label should be close to the finished colour. If it's the same, or whiter, you used B-Blonde ;D #Scorched

Really simple one this. Dead at power on.. The last couple I've had like this was Kernel. As I don't have any VIC chips to hand, I'll stick a new one in. 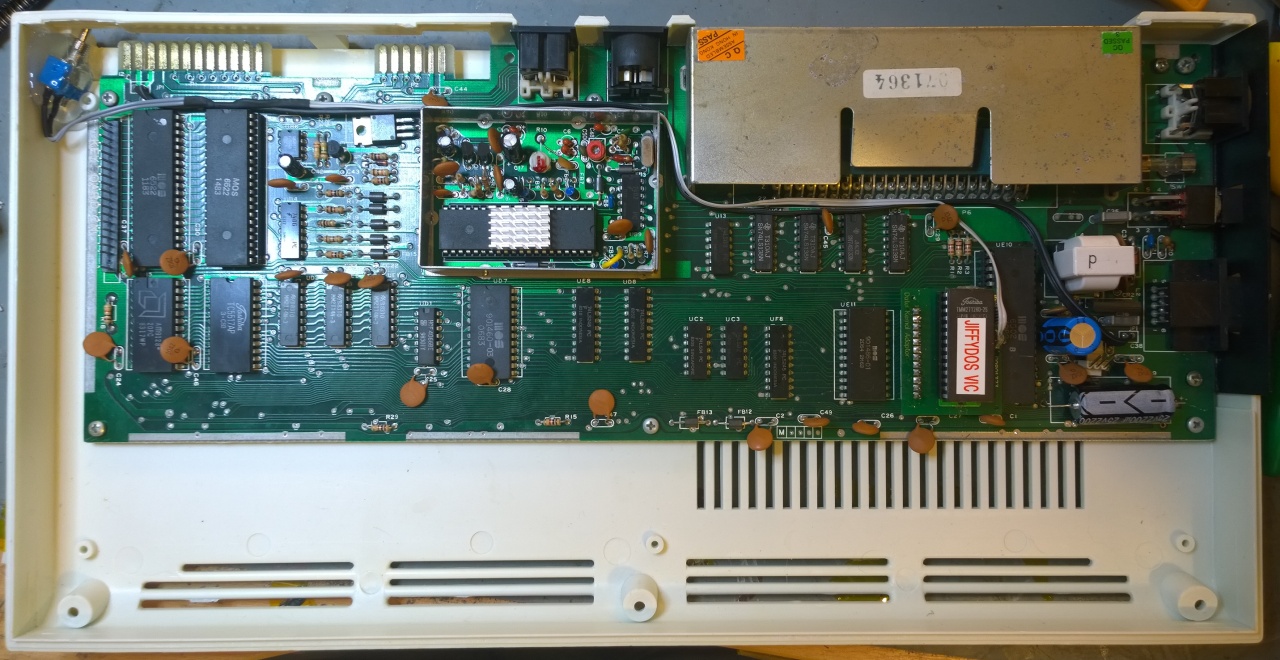 I stuck a JiffyDos Rom in as I had one to hand. But it did turn out to be the VIC chip. Luckily I managed to get on from @tynmouthsw as my own stash had ran dry. Jiffydos switch glued to one side, that way the USERPORT will still be accessible.

Right that's it, it's working. Lid back on and as you can see against the jiffybags, it's stil the Commodore cream colour, or off white. Keys are still left yellowed, but that's just too much buggering around! ;D